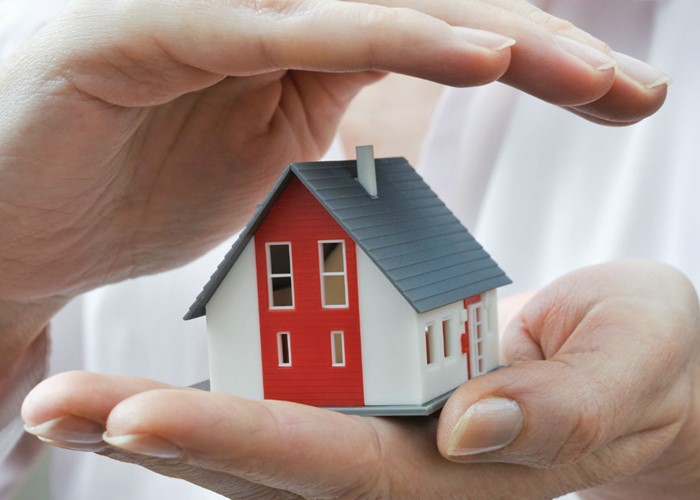 Problems with pipes and plumbing are the biggest headaches for UK households, topping the list of the most common things to claim for on home insurance policies.

Whether you're a home owner or tenant, home insurance is an absolute must. Without contents insurance, your prized possessions are at risk, while not having buildings insurance could prove disastrous for home owners during storms or floods.

And since snow, storms and floods have swept the country recently, insurers have been swamped with extra claims this winter.

So what are we most likely to make a claim for? Aviva (the UK's biggest insurer with over 14 million customers) has compiled a list of the ten most common claims made against home insurance policies.

As you can see, water leaks come top of this survey, which makes pesky pipework and plumbing problems the most common cause of claims against household policies. Next comes storm damage, followed by accidental damage (for example, spilling paint onto carpets or dropping an appliance) and then theft and fire (ranging from small cigarette burns to major house fires).

Although flooding takes only seventh place in this list, the cost of a claim following a serious flood can be huge, reaching tens or even hundreds of thousands of pounds. Likewise, subsidence gets only sixth place, but subsidence claims are almost never trivial.

Aviva's report goes on to warn that while a leaking pipe is often a relatively minor issue (in comparison to fire and flood, for example), it can ultimately cause a major problem costing an average of £3,500. For instance, a prolonged leak while your home is empty could lead to substantial damage and a hefty insurance claim.

At this time of year, a frozen pipe in the loft can quickly become a burst pipe. This causes water to gush down through the house, ruining furnishings and belongings along the way and, in some cases, bringing down ceilings. For home owners, this can mean months of disruption while their homes are dried out and repaired.

For buildings insurance, storm damage is the top claim, with weather-damaged roofs, lost tiles and collapsed chimneys being major causes of damage.

Caroline Cooper, director of property claims at Aviva, highlighted that despite the freeze, floods and storm damage seen in recent months, it's still the everyday problems that prompt most calls, and emphasised that what starts as a small problem can quickly escalate if left unchecked.

"If you do find a leak, then it's worth getting it checked out by a plumber as soon as possible to prevent the problem getting any worse and, of course, ring your insurers, who can fix any damage caused by leaking water," she added.

I can personally vouch for Aviva's advice, because the input pipe to my toilet sprang a leak a week ago, spraying water across the bathroom floor. We stemmed the spray with towels and immediately called a plumber, who repaired the tube -- within two hours on a Sunday, no less. Thanks to this prompt response, there was no permanent damage and, therefore, no need to make an insurance claim. Phew!

For contents insurance, accidental damage tops the list, with mishaps to laptops, mobile phones and televisions being the most claimed-for items.

Furthermore, Aviva warned that young adults are at high risk of making claims. The insurer discovered that the under-25s are more likely to accidentally damage their belongings or have them stolen. As people get older, the risks decrease, with the over-65s being the least likely Brits to make a claim.

Cooper points out that younger people are most likely to have the latest gadgets and a busy social life - a combination that increases the risk of the items being stolen or broken. In contrast the over-65s are far more security conscious and take better care of their prized possessions.

Have you had to make a claim on your home insurance in the last couple of years? How was your claim handled? Let us know your thoughts in the comment box below.

Get a home insurance quote

When you can claim for flood damage

Protect your home against flooding

Why your home insurance claim will be rejected

Claiming on home insurance costs up to six times the excess