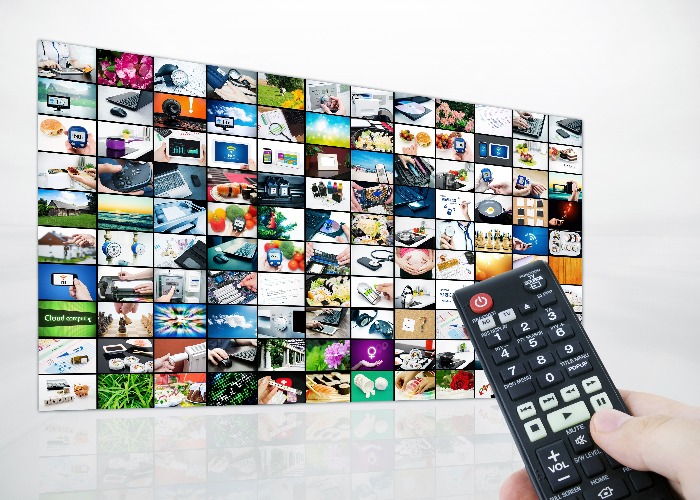 With ever increasing competition, which film streaming service is the cheapest?

There are so many streaming services available that it can be difficult to know where to start, so we are going to take you through what you get with each.

Let’s start with the subscription services as they happen to be the biggest players on the market. Most are playable on a range of devices including PC, Mac, PS3/4, Xbox 360/One, smart TVs, blu ray players, tablets and smartphones. Some can even play through streaming sticks such as the Google Chromecast.

It’ll play on more or less any device, with the option of child restrictions for family-friendly viewing.

The biggest drawback is its film selection. There are a few fairly new releases, but most are at least two years old.

It’ll also remove films when their content deals expire so if you’re in the middle of a film and it disappears, you’ll have to figure out another way to watch the rest of it.

It does produce some great content of its own though, including House of Cards, Daredevil, Orange is the New Black and Sense8.

Amazon Prime Instant Video (the rebranded Lovefilm) offers subscription-based streaming coupled with a postal DVD rental service, though this is likely to be phased out eventually.

You can pay for the service on its own, get it for being an Amazon Prime subscriber. You can download movies and watch them offline on your device, which is unusual for subscription services.

It’s free for the first 30 days and £5.99 a month thereafter (or £79 a year for a full Amazon Prime subscription) which gets you all of the movies and TV, including Amazon-produced content such as Vikings.

The film selection is more up-to-date and arguably better than Netflix, but the self-made content still doesn’t live up to its closest rival.

Another flaw is that you’re still limited to standard definition viewing on iPad.

Film fans can get a Sky Movies Month Pass which costs £9.99 a month and includes all of the Sky Movies channels. There are also Sky Sports and Entertainment passes available.

Your viewing options are a bit more limited on NOW TV. You can watch movies on Apple and Android devices, PC or Mac, Roku, LG Smart TVs, games consoles, Apple TV and Google Chromecast. You can also watch films on a NOW TV streaming box for a one-off price of £19.99. It includes catch-up services like BBC iPlayer and 4OD to widen your choice of films.

There’s a great selection of content, but the picture quality isn’t quite on par with its closest contenders as it’s not a fully HD service yet.

PictureBox promises to be the service that gets you watching different and exciting films. A panel of film lovers make a selection of films every week. You can get your first month free and pay a flat fee of £4.99 a month.

If you’re into indie films, MUBI might be the streaming service for you. It’s a simple £4.99 a month for unlimited access. Every day the site's "experts" pick a film they love, and you then have the whole month to watch it. Current films include Another Year, Control and Knife in the Water.

Most of the films are shown in HD, but this may also depend on your internet connection. You can also download films to iOS and Android devices for offline viewing within seven days of download.

You’ll also find a wealth of information on indie, cult and classic films.

Sites like Blinkbox, Wuaki or iTunes may be a better option for you if you don’t watch many movies but want the freedom to rent or buy a movie when it takes your fancy. You can watch them in standard or high definition too. The greatest advantage with this is that the movies are often more current, with some not even released on DVD yet.

Price-wise, they’re all very similar, depending on how old the film is and what format and resolution you’re viewing the film in. You’re looking at around £3.50 to rent a newer release in standard definition and £4.50 to rent in high definition. Older films will set you back around £2.50 to rent and £8 to buy.

For better audio and visual quality, go for CinemaNow which is powered by Rovi Technology. New movies cost £3.99 to rent for the standard definition and £4.99 in HD. To buy, they are £12.99 and £16.99 respectively. Older titles cost £2.99 to rent and £3.99 in HD. Buying prices vary, with some back catalogue films at £3.99 up to £12.99 for the HD version. But If you like to watch movies in the best quality possible, it may be worth the extra cash.

Unlike iTunes, Google Play offers a streaming service on movies in standard and high definition, but the selection is pretty limited, particularly on rental films. Anything you purchase will be stored in Google’s digital locker.

YouTube has a decent selection of titles, with some free.

Of course, many set-top boxes now have access to on demand services like BBC and ITV Player built in. Sky and Virgin Media offer this as standard.

You can also stream films by watching them instantly on Film4OD. Price is paid per film. Get in there quickly as rental will no longer be available from 8th July.

You do need to have a generous broadband allowance to stream film and TV. Even then, you may not get adequate speeds to view a film in high definition, or even standard definition, if you’re in a remote area. Take all of this into account when choosing your service and your next broadband provider if you're looking to switch.

If your contract is soon coming to an end, shop around for a better deal at broadbandchoices.co.uk.

More on entertainment on the cheap

Where to listen to free music

Where to get free books

Sneaky ways to save money at Amazon