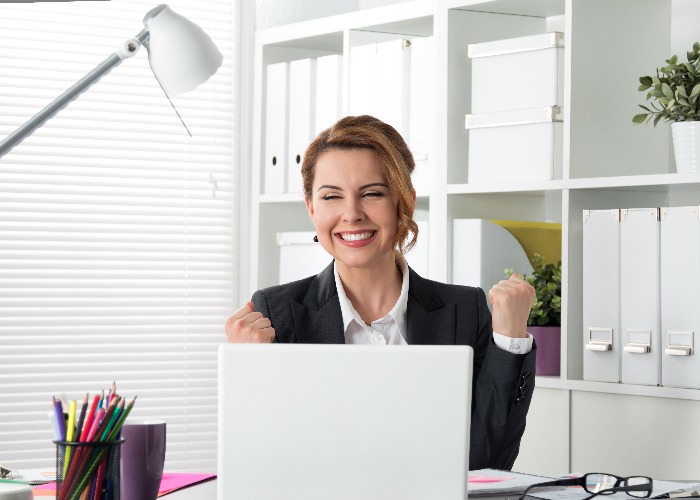 Which jobs are seeing the salaries on offer rise most quickly? And where is the pay on offer falling?

While many of us are looking more carefully at our outgoings at the moment, there is one obvious ‒ if not necessarily simple ‒ way to improve our financial position.

And that’s to increase our income.

On the face of it, wages appear to be going up at the moment.

The latest data from the Office for National Statistics (ONS) shows that the growth in average total pay (so including bonuses) hit 5.4% for the three months between December 2021 and February 2022, while in regular pay (excluding bonuses) pay grew by 4% over the same period.

Great news, right? Well, not necessarily, given the high rate of inflation that we are all seeing every time we try to pay for anything currently.

In fact, the ONS found that in real terms, total pay grew by just 0.4% over the three months, while regular pay actually dropped by 1%.

Thankfully, this isn’t the case across the board, with some job roles seeing wages jump at inflation-busting levels.

New analysis from jobs website Indeed, shared with The Sun, has revealed the jobs where wages are increasing at the fastest rate.

Let’s take a look at the job roles seeing the biggest pay packet increases, and what may be driving those changes

Top of the jobs growth table is sales consultant.

According to the Indeed data, sales consultants can now secure an average annual salary of £32,500, though in some areas there will be the potential to earn commission on top of that based on hitting certain sales targets.

Door supervisor is what you and I would know as a bouncer, the intimidating men and women you might find at the entrance to a hospitality venue.

Clearly, it’s a role that’s particularly in demand now that we have seen the back of virtually all Covid restrictions, and that demand for good door staff is driving some serious wage growth.

It’s not a huge surprise to see truck drivers on this list.

It’s been a job role that has been particularly sought after over the last couple of years, due to a combination of factors like Brexit and Covid meaning an awful lot of stores simply don’t have the drivers they need.

Some, like certain big supermarkets, even started offering ‘golden handshake’ welcomes for new drivers last year of around £1,000 as an additional incentive to join.

One thing that jumps up from the table is the handful of different chef roles included in there.

That’s a pretty good indication of the recovery of the hospitality sector, with far more of us now feeling comfortable about heading out for a meal.

Evidently knowing your way around a kitchen has never been more in demand, with wages jumping up to 14.5% on average depending on your role within the kitchen.

Finally, it’s worth noting that the role of recruiter has made it onto the list.

This is a positive sign for job hunters of all kinds, really. Businesses across a range of industries are looking for quality candidates, and are turning to professional recruiters to help them identify the best people to add to their roster of employees.

Recruiters have seen wages jump 12.4% over the last year.

Of course, it’s one thing to see individual jobs that are benefitting from the biggest pay increases, but there will always be anomalies, strange results that stand out from the rest of the crowd.

By looking at job categories we can get a better idea of specific types of workers that are in demand and enjoying bigger pay packets.

Earlier this year Indeed put together data on the occupations that have seen the biggest increases ‒ and the most sizeable drops too ‒ in salary on offer over the last year, as well as changes in interest in such jobs from jobseekers.

Almost across the board, the job categories seeing the biggest wage jumps are down to the level of interest from potential jobseekers failing to keep up with demand from employers.

That imbalance is pushing bosses to offer higher initial salaries, in a bid to tempt talent to join.

There are two very notable exceptions to that trend though.

Driving ‒ the category that has seen the biggest salary increase ‒ has also seen a jump in interest from potential workers.

This is somewhat easy to understand, as we have already highlighted.

Another exception is nursing.

Again, it’s a sector where it’s not exactly a secret that there is a shortage of qualified staff, but which is incredibly in demand given the challenges of the last couple of years.

That’s prompted an increase not only in the pay on offer but also the interest from job seekers.

At the other end of the scale, legal jobs have seen the biggest drop in advertised salaries.

It’s notable that this has happened at a time when interest from potential employees in a job move has rocketed.

Evidently, bosses feel less under pressure to stand out from the crowd by offering more sizeable pay packets.

How to get a pay rise

Importantly, you don’t have to switch employers in order to land a more sizeable wage.

You could try to negotiate a larger pay packet from your current boss.

Check out our expert tips on how to go about bagging a payrise from your boss.