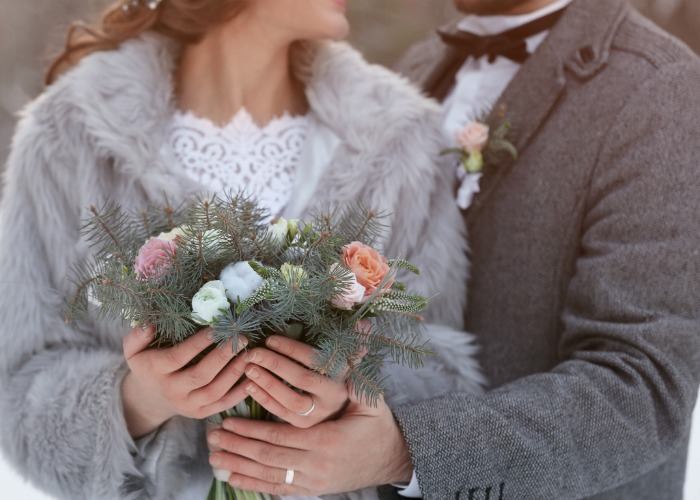 There are life events that are likely to set you back quite a bit of cash, but is there a best time to have them to keep costs to a minimum? We look at the best months for buying and selling a car, moving house, getting married and more.

A new year means a new calendar, so when should you be scheduling in your big financial events?

We look at some of the most costly events you’re likely to have to plan for to see what months are best if you're looking to cut costs.

Best time: January, but it depends where you're going and when

January has always been cited as the cheapest time to book a holiday, with cheap getaway sales saturating the TV ad breaks from Christmas Eve onwards.

Whilst there are great deals to be nabbed in the new year, the cheapest time to book varies depending on where you want to go and when.

Local celebrations such as Oktoberfest or Independence Day can have a huge impact on the price of flights and accommodation, for example.

In some cases, it costs the same to book a year in advance as it does a month in advance, whilst for other events there are specific months where you are likely to get the best possible price.

Make sure you read up on our tips for cutting the cost of your next getaway to get the best deals.

Best time: February/ June/ August/ December, but it is variable depending on the type of car

The type of car that you're looking to buy can have a big impact on when you should make your purchase – sales of sports cars and convertibles increase in the summer for example, whilst four-wheel drives are in much higher demand as winter approaches.

That means that you're likely to get a much better deal on summer cars during winter and vice versa.

Slash your fuel bill with these money-saving tips

Even if you aren't looking for a car that best suits a particular season, there are still months that are considered to be better times to get a good deal.

The end of June and December might be good times to shop around, as that's when dealers are wanting to shift cars in order to hit their quarterly targets, according to the Money Advice Service.

Another factor to consider is the number plates.

Whilst some don't think that it's a good idea to have dates on number plates, those small numbers undoubtedly have a big impact when it comes to the cost of a car.

If you’re not fussy about your number plate, you might be able to snap up a bargain in February or August, as that’s when dealers will be looking to get rid of used cars with older plates before the new ones arrive in March and September.

Whenever you decide to buy a used car, it’s important to shop around and make sure you’re looking at used cars that best suit your needs.

Best time: January/ March/ August/ December, but it is variable depending on the type of car

Selling a car has become easier thanks to services such as Auto Trader, and (if you're willing to accept a lower price) webuyanycar.com.

That said, the same factors come into play with selling a car as they do with buying.

Selling your four-wheel drive (winter) or convertible (summer) when they're in the highest demand will get you the most offers, whilst selling your car before the new number plates are issued will stop its value from suddenly depreciating.

A lot of used cars will come onto the market just before the new number plates come out in September and March, so it might be worth getting ahead of the game and putting your car up for sale before everybody else.

The most reliable cars and the ones to avoid

If you're looking to do a part-exchange, there are lots of ways to get a good deal, but opting for a time when dealerships are likely to be quieter can help.

Best ways to finance a car

Wedding venues and vendors know that everybody wants a spring or summer wedding, which is why couples keeping an eye on their budget should consider getting hitched outside of this period.

According to Statista, only 2% of weddings happen in January, making everything a lot cheaper due to low demand.

It also means there'll be a lot less competition in terms of securing what you want for your big day.

November and March are also fairly unpopular when it comes to weddings, with only 3-4% of couples opting to marry during these months, making them good alternatives if you'd rather avoid the first month of the year.

Although not in wedding season, watch out for choosing dates in December and February for your big day, as Christmas and Valentine's Day can impact costs such as venue hire and flowers.

Is a civil partnership better than getting married?

Best time: outside of engagement season

In the run-up to Valentine's Day there is a surge of people looking for rings for the somewhat cliché 14 February proposal.

The most common date for popping the question, however is Christmas Eve, with 31% of proposals happening on 24 December, according to a report by the BBC.

Extravagant engagement rings of the rich and famous

These popular dates trigger can often drive up prices, so you may be better off avoiding the season altogether to get a real bargain.

If you are resolute about proposing on or around one of these times of year, consider getting your shopping in early and buying in September or October when jewellers tend to be quieter, or after Valentine's Day when all of those 14 February proposals are over and done with.

Whether you're a first-time buyer or an experienced mover, you can benefit from thinking about when in the year you decide to relocate.

As with weddings, fewer people want to move house in the winter months, so it can be a great time to snap up a better deal.

Winter is an unpopular time for selling when it comes to property, which means that those people with houses on the market are likely to need to get the sale done sooner rather than later, and most people will want things settled by Christmas.

Factors like these can push sellers into accepting a lower price than originally planned, which could lead to further savings.

The flip side, of course, is that there will be fewer properties on the market during this time, which may make it harder to find what you're looking for.

Whenever you decide to move, make sure you ask the right questions to get the best deal you can, and consider alternatives to buying a new property, such as a house swap or renovating.

Having your house on the market during springtime will give you the best possible chance of selling your property, according to the Homeowners Alliance.

The stress of Christmas, both emotional and financial, is over and done with and people are less likely to be on holiday, meaning that there are more people looking to buy than during the rest of the year.

Seven reasons why nobody is buying your home

There's also usually the bonus of mild weather, which helps to show off your property in natural daylight and gardens are starting to look their best.

Before selling your home, consider if your property has the top features that buyers are looking for and make sure you know about the best websites and apps to help you seal the deal.

If you're looking for bargains on a smaller scale, have a look at the best time of year for buying different household goods.