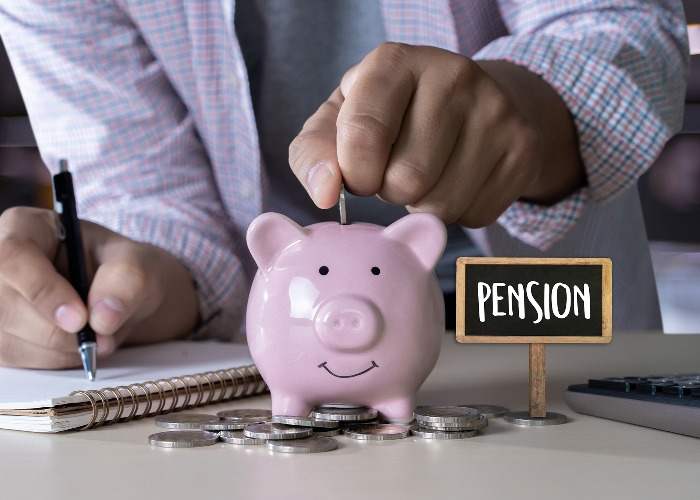 The regulator wants all retirees who enter drawdown without taking advice to be offered four choices on what they can do with their funds.

Currently, FCA figures show almost a third (30%) of people enter drawdown unadvised, something the regulator is concerned about.

“Offering access to investment pathways will help ensure these customers are invested in assets that better meet their retirement needs.”

What are the investment pathways?

The regulator wants pension providers to offer four standard investment options, or pathways, to customers from next August.

The four scenarios we can choose from are:

It’s important to note that providers simply need to offer investment pathways, but not necessarily the investment solutions themselves.

Pension advice: when you need it, where to get it and how much it will cost

Why is the FCA intervening?

The FCA says it wants people to have the best retirement strategy by ensuring non-advised drawdown customers investing wholly or predominately in cash understand the risks – and potentially re-evaluate their decision.

If someone takes too much risk, for example by investing heavily in equities or too little risk by taking out too much cash and thus earning a pittance, their retirement could be at risk.

The latter issue is particularly concerning.

Some pensioners may overlook the eroding impact of inflation on the value of their money, so warnings over holding too much cash is a step in the right direction.

Why going into drawdown is risky

“Going into drawdown can be risky and people could run out of money if they make the wrong choices, which would impact on their standard of living in their later years,” warns Patrick Connolly, chartered financial planner at Chase de Vere.

“If they are in good health, it could be that somebody’s drawdown pension remains invested for two or three decades, or even more.

“To achieve real returns over this timeframe, they need to hold at least some of their money in shares.

“However, as they are likely to be relying on their pension money to provide an income for the rest of their life, they should also hold safer assets such as fixed-interest, to provide diversification and also some protection if stock markets perform badly.”

Connolly recommends that pensioners review their pension at least once a year to ensure their retirement strategy is on track and they won’t run out of money.

Tom Selby, senior analyst at AJ Bell, argues that by trying to protect us from harm, the 'four pathways' move could actually expose us to more risk in the long run.

“While the FCA’s determination to make pathways simple is commendable, the idea all retirement income options can be covered by just four investment solutions is unrealistic.

“Furthermore, if people’s personal circumstances change – as they have a habit of doing – a previously chosen pathway may become inappropriate and will need to be reviewed.

"Ensuring people are aware pathways are not a catch-all solution will be absolutely critical to protect consumers who choose them.

“As pensions move into the digital age, customers rightly expect the process of setting up and accessing their fund to be seamless.

"By introducing pathways the FCA will make this process clunkier, to the detriment of engaged consumers who know what they want to do and simply want to get on and do it.

“For those committing their fund to drawdown in separate phases – an increasingly common approach to retirement – a pathway will need to be offered each time they do this.

“Staying invested in cash over the long-term is a terrible investment strategy, and so ensuring this doesn’t happen is understandably a priority for the FCA.

"We are supportive of this and the broader aim of improving engagement and will continue to work with the regulator to ensure it is workable from a practical perspective.”

Pension planning: 8 costly mistakes that could ruin your retirement

What are the other remedies?

The FCA is also keen to help people understand the costs and charges for holding their pension.

It can sometimes be difficult for people to find these costs, which are vital to know to ensure the value of your pension is not significantly eroded – especially if the fund is underperforming.

The FCA says pension providers must give customers in the decumulation phase annual information on costs and charges they have paid on their pension pot, expressed as a single pounds and pence figure.

Both advised and non-advised customers who are in drawdown or ave made at least one lump sum withdrawal will be covered by this rule change.

Three things to do before going into drawdown

Traditionally, these charges have been expressed in percentages, which may make it more difficult for people to figure out exactly how much they are paying.

Unfortunately, these charges can be extortionate and may amount to thousands of pounds, especially for those with a bigger pension pot.

While the FCA’s remedies are supported by many industry experts, including Connolly, he believes independent financial advice should be sought by those struggling with investment decisions before entering drawdown.