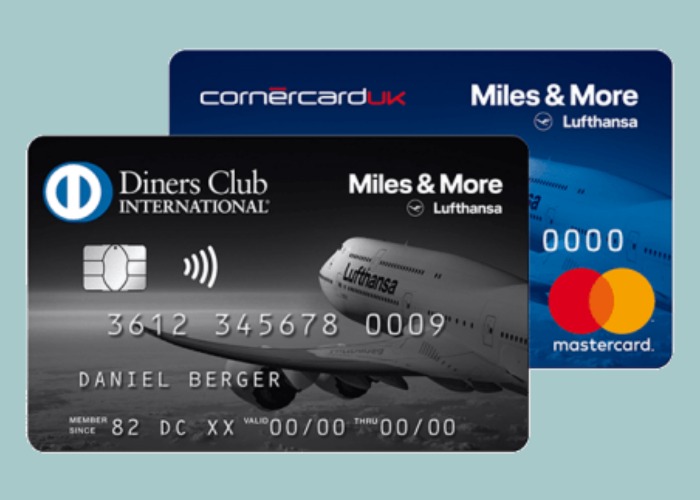 The German airline has launched a UK rewards card with decent perks, but it’s not for everyone.

What if your commute could send you on holiday?

That’s the promise of airmiles credit cards, where you earn points for spending that can be used for flights, hotels and more.

Now a new rewards card has been launched by German airline Lufthansa, targeted at the UK.

But is it worth the £79 annual fee? We took a closer look.

Confusingly, the Miles & More Global Traveller card is not a credit card.

It’s a charge card, which means you need to clear your balance every month or damage your credit rating and incur a £12 fee.

You get not one but two cards: a Mastercard and – blast from the past – a Diners Club card.

You can spend on either, so the fact that not many places accept Diners Club doesn’t matter.

Just don’t use either card abroad – despite being a card targeted at travellers, it adds a 2.99% fee to any spending or cash withdrawals outside the UK. That's going to wipe out the value of any rewards you're earning, so if you do want to spend abroad, read our guide to specialist travel cards.

According to Rob Burgess, editor of the UK’s biggest frequent flyer website headforpoints.com, Miles & More is a “very generous card”.

Miles & More points can be spent on 37 airlines, including Lufthansa, United and Singapore Airlines, hotels or a subscription to the Economist.

Unfortunately, no UK airlines are included, so you’ll need to want to visit one of the many destinations served by the partner airlines.

Burgess warns that Lufthansa points “do have some uses, but not for short-haul in Europe or long-haul economy, where the taxes and charges added on are ludicrous, often higher than buying a cash ticket!”

He says that in some situations Lufthansa points could offer better value than British Airways Avios points, such as for long-haul business or first-class flights.

The Miles & More card gives you one free business class lounge voucher and then discounted £15 entry to other business lounges.

This card has one major disadvantage compared to its rivals: a £79 annual fee.

The Gold Card also has free and then discounted lounge access.

These cards have much bigger welcome bonuses, enough to pay for return flights to Europe by themselves, plus better earnings rates and other perks like insurance.

Fee-free airline cards shouldn’t be ignored either. BA, American Express and Virgin’s fee-free cards have 5,000 point welcome bonuses and, in the case of Virgin, the minimum spend is effectively £1.

Airmiles credit cards: qualifying for the welcome bonus is harder than it looks

Head for Points’ Burgess says that the Miles & More card can be useful for three types of people.

First are those who spend £100,000 or more; the second are frequent flyers who want to top up miles and third are those who already have points and want to stop them expiring.

“Arguably a single traveller who spends a modest amount could also make it work, but for a couple or family the market is limited outside of Lufthansa's core frequent flyer base.”

Outside those narrow categories, you could get stuck paying for an airline card with rewards that are difficult to use.

If you want to start collecting airmiles, one approach is to start with a fee-free card and if you’re able to use it a lot, then opt for a premium card with the same airline group.

You can compare rewards cards here.