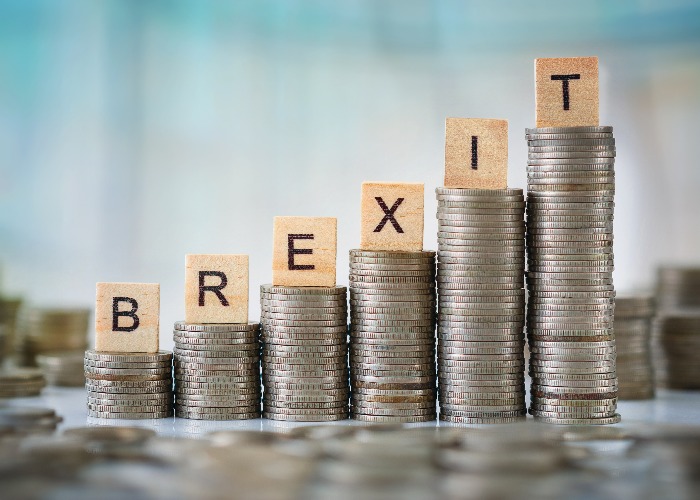 Our country’s finances are problematic and no-deal is catastrophic. We can’t afford this Brexit vanity project, argues Felicity Hannah.

I’ve kept my head down on Brexit for a while.

I’ve hoped for a second referendum – I’ve even written about how we need to have another referendum (spoiler alert: 75 comments and most of you didn’t exactly see eye-to-eye with me).

Now things are getting desperate and we need to have a serious discussion about whether we genuinely want to ride the country’s economy off a cliff as part of a Rees-Mogg/Johnson vanity project.

Our pro-Leave politicians used to talk as if the second we unshackled ourselves from the EU, wealth and prosperity would come flooding in from across the globe.

Now they are talking more like the spirit of the Blitz and how we will all get through it, eventually, and probably be fine. Eventually.

You may believe that in the medium- to long-term Brexit will benefit us economically.

I do not. I believe it will be a profound economic shock from which our country may never fully recover.

However, even if Brexit would eventually pay dividends, we cannot take the pain of the short-term damage.

We just can’t. People will be dragged under financially; homes will be repossessed and businesses lost.

It is no exaggeration to say that lives will be lost – financial worries are responsible for a large amount of depression.

Research from the Citizens Advice Bureau has shown that 74% of people in debt have said it affected their mental health.

Please. Don’t rush to the comments to abuse me as a saboteur, a remoaner, a traitor.

Read my genuine fears and concerns – they are not issues that can be ignored even if you disagree.

Our finances are in a bad, bad place

Before we get into the actual cost of the Brexit project it’s worth taking a look at the state of the nation’s finances.

Just this week, the Office for National Statistics has published a revised assessment of the country’s accounts, claiming we have overestimated our international assets.

Not only that, but we owe more to overseas investors than previously thought.

The numbers show we are a staggering £490 billion worse off than we thought.

That’s around a quarter of the country’s GDP.

And that news follows the terrifying data from the Office for Budget Responsibility.

It has published new analysis suggesting it has persistently over-estimated Britain’s productivity for the last seven years.

That means that around two-thirds of the £26 billion buffer the chancellor had created to help the economy through Brexit could be quite simply wiped out.

And we really needed that buffer, as you’ll see later in the article.

And that’s just the country’s finances; on an individual scale we are also on seriously shaky ground.

Just this week, Andrew Bailey, the chief executive of the Financial Conduct Authority, told the BBC there has been a “pronounced” build-up of debt among young people.

“There is a pronounced build-up of indebtedness amongst the younger age group,” he said.

“We should not think this is reckless borrowing, this is directed at essential living costs. It is not credit in the classic sense, it is [about] the affordability of basic living in many cases.”

Those people cannot afford to see their living costs rise, but that is what Brexit will mean, in the short term at the very least.

Here are just a few of the potential outcomes.

What Brexit is likely to cost us

First, let’s look at the cost of living, since that is so high that it is already pushing younger people heavily into debt.

Research from consultants at KPMG reveals that some food items – it gives the ingredients of a fry-up as an example – could incur price increase of more than 12% if the UK began trading under World Trade Organisation customs rules.

Mintel's British Lifestyles report earlier this year revealed that more than 80% of UK shoppers fear prices will rise after Brexit.

There has been a lot of analysis of the cost of energy, travel, imports – thanks to tariffs being imposed and the damage Brexit will do to Sterling – and it’s pretty clear things are going to get pricier.

Lots of things. Maybe even most things.

Let’s move onto the macro-economic outlook after Brexit.

The UK, like all countries, relies on borrowing to an extent.

Back in September, one of the top UK ratings agencies, Moody’s, downgraded the country to Aa2 from its previous Aa1 rating.

It said this downgrade was due to the negative fall-out of Brexit on the country’s medium-term economic growth prospects.

Damningly, the accompanying statement suggested Moody’s believes UK growth will not recover to its historic trend rate over the coming years.

It stated: “The UK is a relatively open economy, and the EU is by far its largest trading partner.

“Research by the National Institute of Economic and Social Research (NIESR) suggests that leaving the Single Market will result in substantially lower trade in goods and services with the EU.

“In a similar vein, both the NIESR and the Bank of England estimate that private investment will be materially lower in the coming years than in a non-Brexit scenario.”

What’s more, the International Monetary Fund (IMF) has lowered its growth forecast for the UK this year, in contrast to other major European countries like Germany, France, Italy and Spain where growth exceeded expectations.

Just this month the IMF raised growth forecast for all advanced economies except the UK.

Hard to believe that’s not down to the Brexit drag factor.

Wealthy will be 'biggest winners' from Brexit

We can’t afford it

So, high consumer debt, far less growth than originally anticipated, and the news that we are £490 billion worse-off than we thought.

The country is in a shaky situation.

Add to that the anticipated financial catastrophe that Brexit is likely to be and I conclude the obvious – Brexit is a vanity project that we simply cannot afford.

What do you think? Can we afford Brexit? Is the country in crisis? Have your say using the comments below. Remember, it’s an emotive topic so let’s keep it polite and respectful.