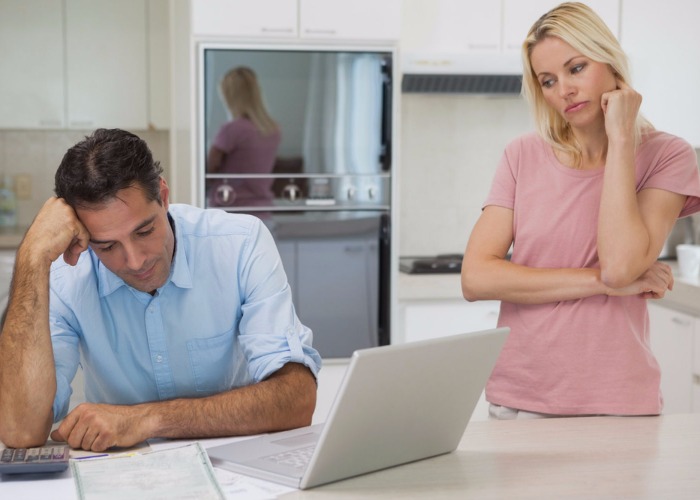 Buying a property should mean the end of paying rent, but many buyers are being subjected to extra charges they hadn’t bargained for.

After saving for years, living on beans, maybe benefitting from a Government scheme and tapping up your parents for some extra help, you might be forgiven for thinking that you’re done scrabbling for cash each month once you get the keys.

Average mortgage payments very often cost less than rent, after all. Data from the property website Zoopla show that in 60% of UK cities it is now cheaper to buy a home than to rent one.

So it’s understandable that buyers who have saved up and made the leap into home ownership probably expect to have a bit more cash each month than before.

However, that’s starting to look overly optimistic. Paying the monthly mortgage is just one of many costs that buyers face. In fact, extra costs relating to the property are now so great that they can add hundreds of pounds to the monthly bill.

In fact, I’d argue that homeowners are being hit with charges that look an awful lot like rent. It’s almost as if they are expected to pay vastly inflated house prices but then still keep them dripping a monthly profit.

Increasingly, new build properties are being sold with an extra monthly cost attached to them. Flats and even houses are being sold as leasehold meaning that the buyer has to pay a monthly ground rent to whoever owns the lease.

This has recently developed into a far more pressing issue, with new home developers selling on the freehold as an extra source of income. The freehold is often being sold to investment companies who are naturally chasing a profit.

Research from a number of national newspapers has revealed rocketing ground rents, with the Telegraph reporting that Taylor Wimpey homeowners faced leases that allow for the ground rents to double every decade – although that developer has now stopped selling homes with those terms.

Ground rent doesn’t just add to the monthly cost of the property, it also cuts its value.

Elsewhere, leaseholders find they must pay a ground rent that is linked to inflation, a cost that the homeowner will have to pay for as long as they own the property.

Homeowners should be protected from this kind of charge and the law allows them to buy the freehold after a period of two years. But the value of the freehold means that this cost can be well over £10,000 and few households can afford to set aside money for that.

It’s an issue that the Government has promised to address but right now new build buyers – many of who have only bought new builds because of government schemes that encourage them to buy direct from developers – are being trapped by annual charges that will last as long as the house does.

On top of the cost of any leasehold charges many buyers will move into buildings with fixed management companies already in place. They take care of the shared spaces, whether that's a stairwell and facilities in a flat or shared outdoors space on an estate.

However, buyers often find it difficult to extricate themselves from these contracts when the costs start to climb, as it requires a majority of residents to agree. It can be very hard to get all the residents of a building or area to agree on anything, particularly if many of them are tenants.

And research carried out last year by Direct Line for Business found that owners of new flats have seen property management charges rise to almost £2,800 compared to £1,863 for older properties.

"Service charges are often a hidden cost, which should be factored in when considering the affordability of a property," said Nick Breton, a spokesperson for the company. "In some cases service charges are uncapped and can escalate rapidly.”

New build properties often have extras like saunas and gyms, which goes some way to explaining the extra costs. However, new buyers have very little choice when it comes to buying a new build, as most city developments include these facilities.

And then on top of all of that, many properties do not come with a parking space – especially in cities. When that happens, flat owners may have to rent their parking space at a cost that can range from £25 a month to hundreds of pounds a month in the centre of London.

That’s not the only space they will have to rent; new build starter homes are not big. In 2015 the Royal Institute of British Architects warned that half of the new homes being built today are not big enough to meet the needs of the buyers.

They are being deprived of the space they need “to live comfortably and cohesively, to eat and socialise together, to accommodate a growing family or ageing relatives, or even to store possessions including everyday necessities such as a vacuum cleaner”, the institute said.

Believe it or not, that lack of space has a cost. It means buying new items instead of storing old ones for future use. It means using paid-for storage because there’s no space for treasured possessions.

Perhaps what I find most frustrating about these costs is that they are disproportionately targeted at new builds and flats, which are so often the kinds of properties that first-time buyers and millennial second-steppers can afford.

The current and next generation have already been hurt by house prices that rocketed wildly over the last few decades.

Data compiled by the pressure group Priced Out shows that in 1997 the average house cost 3.5 times the average wage and the average buyer was 30. Fast-forward to today and house prices have doubled in relation to wages, meaning the average first-time buyer has to wait until they are 37.

For those buyers to then be hurt by extra charges as well, just because developers and investors want to wring even more money out of the property market is disgusting. And it needs to change.

Buyers shouldn’t be paying additional monthly costs that amount to rent as well as their mortgage. We need to act now.

Help to Buy ISA: what it is, how to apply and rates for first-time buyers