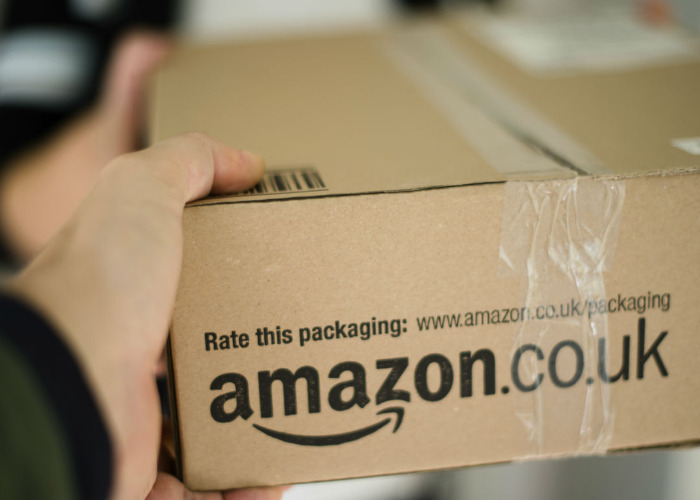 The online retailer is trialling new technology to use more sensible delivery boxes. Here’s what it might mean for your money.

Amazon is finally taking action on its use of excessive packaging when delivering small items, a new BBC One documentary has revealed.

The online retailer says it’s trialling new technology called ‘Box on Demand’ that will help it pick more appropriately sized boxes, after facing years of criticism over the amount of waste it produces.

There are plenty of examples of customers venting their frustration over Amazon’s packaging choices across the web.

Seriously Amazon what a waste of packaging.... pic.twitter.com/IxbzzTdyC6

@AmazonUK this is ridiculous! All this packaging for 2 wall planners that are in envelopes! What a waste #Amazon pic.twitter.com/qvwadXVit5

The cost of this waste must be huge and with Amazon hiking the minimum spend for free delivery last year, it seems like customers are having to foot at least part of the bill.

Amazon revealed its plan for the new scheme to celebrity chef and waste campaigner, Hugh Fearnley-Whittingstall after he confronted the firm about its "cardboard crisis".

In the documentary Hugh’s War on Waste: The Battle Continues, which airs on BBC One on Thursday (28 July), he is granted access to one of Amazon’s UK distribution centres where he points out some major flaws with its packaging process.

The current Cubi Scan technology system is shown to pick a large box for a small white tub, but Fearnley-Whittingstall shows it could fit much better in a smaller box.

Nicola Sweeney, the regional operations director for the Swansea centre tries to argue that if the packaging is ‘too flush’ then the item is ‘at risk of getting damaged’.

Amazon’s global head of sustainability Kara Hurst, adds ‘in the majority of cases we are getting it right.’

However, after being shown videos and photos from customers, including one example of a necklace bead in a massive box Hurst admits "it is one of the things we have to get better at".

What it means for you

Amazon will be testing the new technology for up to 20 months in distribution warehouses across Europe, so things won’t change overnight.

But should the trial be successful, it follows that Amazon could actually save money and therefore could pass on the savings in some way.

We might, for example, see a return to free delivery on all items no matter what you spend.

Sensible packaging will also ensure your small items can actually be delivered through your letterbox, which will save you the hassle of chasing where your order has ended up and missing deliveries unnecessarily.

The companies with the worst customer service call centre menus