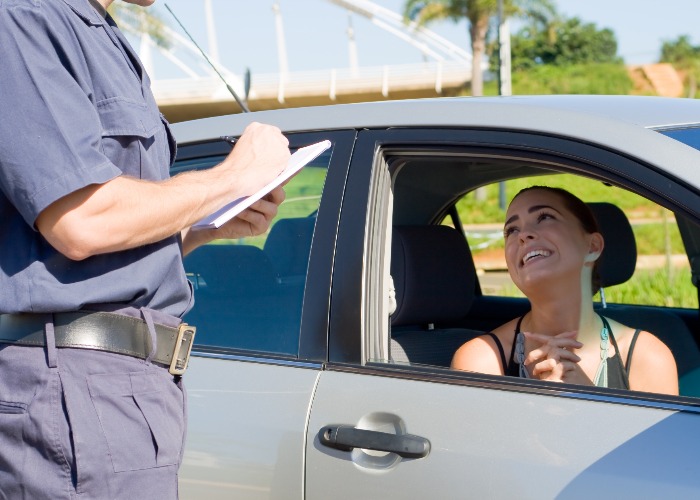 Did you know you risk stumping up for doing these things?

Fines have been in the subject a far bit of late. If you smoke in a vehicle carrying someone under 18, you will get whacked with a £50 fine, while the Prime Minister has said that parents of truants will have their child benefit docked if they refuse to cough up the current £60 fine (doubling to £120 if unpaid after 21 days).

loveMONEY thought it might be a good time to take a look at some of the stranger things you can be fined for in the UK. Bear in mind that Scotland has different laws than England and Wales, so these may not all apply there.

Not responding to a letter

If you fail to respond to the Household Enquiry Form sent out by your local authority, you could be slapped with a £1,000 fine. You need to fill out the form with the details of all those at the address eligible to vote. Providing false information will cause real trouble – you could be fined £5,000 or even land a stay in prison.

Leaving your alarm on

Noise caused by repeatedly or consistently sounding burglar and car alarms could result in the local council issuing an Abatement Notice. If the problem continues, prosecution may follow. If found guilty of failure to comply with the notice, the maximum fine is £5,000.

If the noise is ongoing and the council can’t get in contact with the householder, it can also apply for a magistrates’ warrant to get permission to break into a property and silence the alarm itself.

You could face a prison sentence for doing so, or an unlimited fine – or both!

Not carrying a bag

We’re talking about the less savoury type of ‘doggy bag’ here. People who don’t clean up after their dogs have long been subject to fines, but dog walkers who fail to bring a bag with them could also face an on-the-spot charge of £100.

Those who don’t pay could be brought before magistrates and will face paying a larger fine of up to £1,000.

Get a personal loan at rock-bottom rates today!

Don’t honk your horn in anger, I heard you say – or while your vehicle is stationary, or between the hours of 11:30pm and 7:00am.

Police can issue a Fixed Penalty Notice of £30 to anyone who doesn’t obey these points, but you can challenge the notice in court. It’s a risky decision, as if the magistrate takes the police’s side, they can increase the fine to £1,000.

Think twice before firing your cannon. The Metropolitan Police Act 1839 states that anyone disturbing the peace by discharging a cannon within three hundred yards of “any dwelling house… to the annoyance of any inhabitant thereof” shall be fined up to £200.

Fruit isn’t always good for you. In 2005, a woman was issued a Fixed Penalty Notice of £30 after being pulled over for eating an apple while driving. She chose to defend her actions in court and challenge the notice.

Unfortunately for her, magistrates ruled that she was not in proper control of her car, doubled the fine to £60 and ordered her to pay £100 in court costs.

Not smiling as you sing

Oxford has brought in a Public Space Protection Order to tackle anti-social behaviour. Fair enough, you might say. But one of the stranger elements of the code of conduct that the city council has drawn up demands that buskers must “smile, enjoy yourself and entertain others” at all times.

Shaking your doormat at the wrong time

You’re allowed to shake your door mat up until 8am, but after that time, you might be punished with a fine of up to £1,000 and even a prison sentence of 14 days. This is enshrined in law by the Town Police Clauses Act 1847, much of which has been repealed, but bizarrely this clause remains intact.

And anyone caught shaking a carpet, rug or mat (that isn’t a door mat) in the street at any time could be met with the same punishment!

The Town Police Clauses Act 1847 may be somewhat antiquated, but there are some aspects of it that might still be relevant, such as the clause that says you can’t sing obscene songs or use profanity in the street.

The act is a bit of a killjoy though, lumping those who dare to fly a kite in the street alongside those who keep swine out there, people who throw stones and even those who "wantonly" discharge firearms – the same maximum £1,000 fine and potential 14-day prison sentence apply to all of these.

The Currency and Banknotes Act 1928 makes it illegal for anyone to deface bank notes, and for each offence (i.e. each defaced note) you can be fined a penalty not exceeding £100.

Things that aren’t an offence

Loitering with intent to use a pedestrian crossing is not an offence. Learn what else isn’t from the police themselves…

Get a personal loan at rock-bottom rates today!

'Overgenerous' pensioners risking their own standard of living

You are paying far too much for your drugs

Sky price hike: how to cut your bills