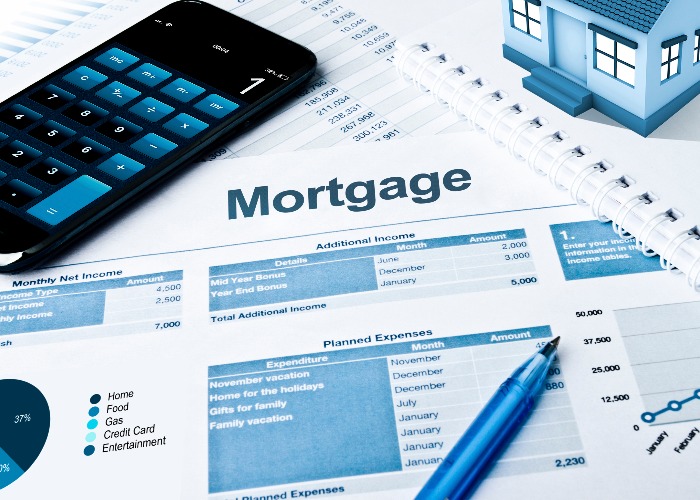 Depending on the lender you may be able to reserve a mortgage deal as much as six months in advance.

Given the current economic situation, it makes sense to look at ways to trim your monthly outgoings.

While there are small changes you can make to save a few quid, like ditching the odd takeaway, if you can save on your big monthly expenses that will make a bigger difference.

And there are few bigger expenses most of us face than the mortgage. What’s more, by being proactive you can sort out a cheaper mortgage deal months before you actually need to switch rates.

As I detailed recently on loveMONEY, I saw the prospect of multiple Base Rate increases coming and elected to remortgage immediately to a cheaper rate.

It wasn’t a pain-free move though ‒ with a year left on my mortgage, the decision involved having to pay both an early repayment charge and then a product arrangement fee.

However, if your existing deal has a shorter period until it reaches the end of its initial fixed period, then there is an even better money-saving option worth considering.

Depending on the lender, you may be able to reserve a mortgage product for you to switch to a few months down the line, once your current deal ends.

Essentially you can line up your next deal now, even if you don’t remortgage for a while.

This is true whether you want to switch to a new deal with your existing lender, or move to a new one too.

However, it’s important to bear in mind that the period in which you can reserve that product can vary sharply, from three months to as long as six months.

Why reserve a product now?

There’s a simple argument for reserving your deal today, even if your current mortgage product doesn’t finish for a couple of months.

And that’s the likelihood of rates getting more expensive.

Over the last few months we’ve seen Base Rate increased three times, from as little as 0.1% back in November to its current standing of 1%.

What’s more, further increases are expected, particularly with the inflation situation continuing to concern the Bank of England. The markets are currently pricing in base rate to reach 2.5% by the end of next year, for example.

Given that context, if you think that rates are only going to go up, then it makes sense to try to counter that by reserving a cheap rate today. OK, you won’t actually move to that rate until your current deal ends, but at least it is already sorted.

Better that than leaving it to the last moment to remortgage, only to find that rates have increased while you were waiting, meaning your repayments are also higher.

The downsides to reserving

There are a few potential downsides to be aware of here.

The first is that there is no consistency across the market.

While some mortgage lenders will allow you to reserve a mortgage deal as much as six months in advance, others will only let you do so 90 days before switching.

That makes life a little more complicated ‒ not only do you have to compare deals to find the best possible rate, but you also need to take into consideration just how long you have at your disposal to reserve it.

Another potential issue is the fact that rates can change between you reserving the product and the actual switch.

Let’s say that you reserve a product next week, ahead of your deal ending in August.

Well, it’s possible ‒ albeit unlikely ‒ that the lender could launch a cheaper deal over the coming month or so, leaving you frustrated that you moved too quickly.

Now, you will be able to cancel some reserved products and then move to a different deal instead with the same lender, but that won’t necessarily be the case across the board.

Some borrowers will be happy to take on this burden themselves, but it just emphasizes to me the value that a quality mortgage broker can play, since they will not only be up to speed on the maximum reservation times but also whether you’ll have the flexibility to rejig that switch should rates change in the interim.