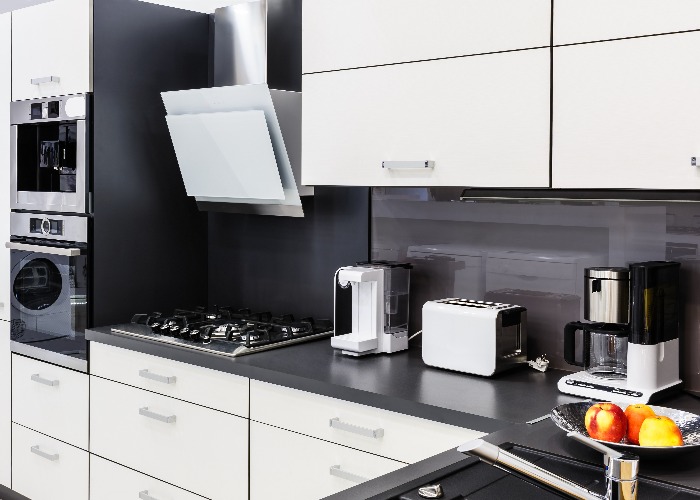 Go for an inefficient model and you could end up spending significantly more.

There are all sorts of factors that we consider when picking up a new household appliance. How much will it cost? Will it fit in that space in the kitchen? Is it from a reliable brand?

One element that many of us overlook, myself included, is how energy efficient it is.

The problem with running an inefficient appliance is that there is a direct knock-on effect on our money.

Whether it’s your fridge freezer, your washing machine or your tumble dryer, the lack of efficiency means that you end up using more energy whenever you use it.

And right now, who among us can afford to waste energy?

But how much does this inefficiency actually cost, in pounds and pence? That’s what the consumer champions at Which? have set out to investigate in a new study, and it makes for painful reading.

The cost of inefficiency

Which? runs efficiency tests in its lab of all of the appliances that it reviews, so gets a pretty good idea of just how efficient they are. These tests can throw up significant differences between individual models, even if they share the same official efficiency rating.

According to calculations by Which?, the increases to energy costs that many of us face means that the costs of running the big four appliances ‒ fridge freezers, dishwashers, tumble dryers and washing machines ‒ will be increasing by £77 on average.

That average masks a pretty wide range of price increases though; those with efficient appliances will only pay an extra £41, compared to the whopping £138 paid by those with inefficient goods.

The cost of your fridge-freezer

Let’s start with the fridge-freezer, the biggest energy guzzler of any appliance since it’s on around the clock, every day of the year.

Which? found that the cheapest model to run came from LG, and would set households back a little over £40 a year based on the highest costs of energy under the new price cap.

By contrast, the most expensive model came from Hotpoint, and cost an almighty £179 ‒ more than four times more.

Which? noted that there is a significant price disparity in purchasing each model, with the Hotpoint fridge-freezer costing just a third of the LG one at £500 compared to £1,500.

However, if you keep the appliance for 18 years ‒ the Which? estimate for the typical lifespan of the appliance ‒ then the overall cost of the LG model works out at more than £1,500 less.

The cost of your tumble dryer

Tumble dryers aren’t used as often as other appliances, but they are well known for being energy intensive. However, some are clearly bigger offenders on this front than others.

Which’s test, based on drying a full load of cottons three times a week, found that the most expensive model came from Beko, which costs around £175 over a full year. This is significantly more costly than the £38.04 that you can get with a Miele tumble dryer.

Again, there is a substantial difference in the initial purchase cost to consider. The Miele model identified by Which? sets you back £799, more than twice the £300 you’ll pay for the Beko.

However, based on 20-years of use ‒ what Which? classes as the typical lifetime of such an appliance ‒ the Beko ends up costing you more than twice as much.

The cost of your dishwasher

A dishwasher is likely to see use most days, so it makes sense to get a model you can rely on. That doesn’t just mean that won’t break down, but one which will be kind to your bank balance too.

The most efficient full sized model tested by Which? came from Hisense, and the tests found that if its eco wash was run five times a week, you’d see around £61 added to your annual energy bills.

This is quite the contrast from the £104.40 you’d pay for a Candy dishwasher.

In this case, the difference in purchase price is much less pronounced too; the Candy costs £280, compared to £349 for the Hisense.

The cost of your washing machine

Finally, there’s the washing machine, one of the most vital appliances for any household.

The most efficient was a model from Ebac, which costs just £25.61 per year for the main cotton wash to be run four times a week, at 40 degrees. However, if you go for one of Whirlpool’s models, you might end up using almost four times as much energy, shelling out almost £95.

Once again there’s a relatively small difference in purchase prices too, though this time the more efficient model is cheaper; the Ebac model costs £489, compared with the £642 you’ll pay for a Whirlpool.

Get what you pay for

It’s important to bear in mind here that these tests looked only at energy efficiency, not overall performance.

Some appliances may be incredibly efficient, but deliver a lacklustre result, while others may be something of an energy guzzler but deliver peerless standards.

Ultimately it’s down to all of us to do our research and get a better idea of precisely what we can expect for the money we pay.

As with anything, it may work out better for your bank balance to pay a little more at the outset for a model that you can rely on, knowing that it will deliver savings over the long term.

Similarly, it's important to focus your research on individual models - one model from a particular firm might be inefficient, but that doesn't mean that others will be.

Obviously, when picking a washing machine or dishwasher, your primary concern will always be how well it does its main job.

But a little background research can ensure you buy a model that not only delivers what you need, but also helps you save a few quid on your energy bills.