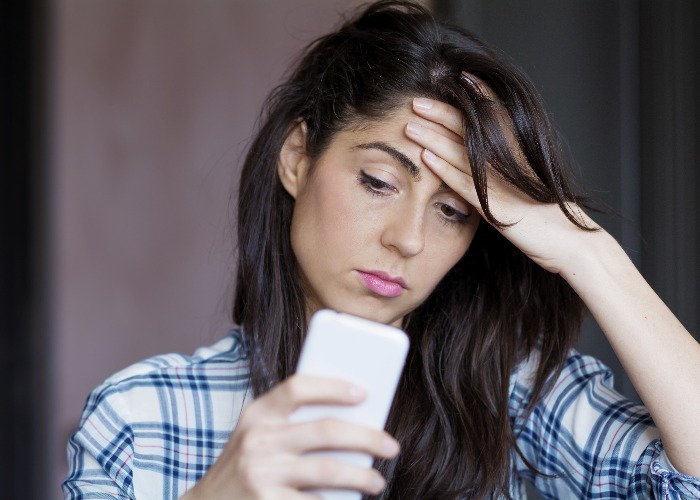 Bank account holders report being locked out of their accounts for receiving benefit payments or small cash gifts from relatives.

Having your current account frozen can be an incredibly stressful experience.

You can’t get hold of your money, and may have to jump through hoops dealing with your bank’s customer service department to get it up and running again.

Yet it seems that the nation’s banks are currently being a little too keen when it comes to locking accounts on the first hint of anything suspicious going on, leading to an awful lot of very unhappy customers.

If you want to raise a complaint against a service provider, then Resolver is a website worth a look.

It can help you put together, and then keep track of, an official complaint, improving your chances of a successful outcome. I’ve used it myself to good effect.

And the firm has revealed that over the year to July, there have been more than 1,000 complaints about banks freezing, blocking or closing accounts, often with little notice.

This topic now accounts for a quarter of bank account related issues that make their way to Resolver.

Now obviously it’s welcome for banks to be a little cautious when it comes to peculiar activity on our accounts.

Better safe than sorry, and all that. But it’s difficult to excuse some of the cases seen by Resolver, as it’s pretty clear banks have been far too trigger-happy in pressing the ‘freeze’ button.

For example, a host of complainants said their account had been frozen following a transaction worth less than £100.

In one case, a person had their account immediately suspended following a £40 transfer to their account from a friend, while in another three innocent transactions from a relative ‒ one of which was just £50 ‒ led to the account being frozen.

This wasn’t just a quick issue either ‒ the account was frozen for an incredible 13 weeks.

That’s three months with your account on ice, all because the bank is a bit paranoid about your nan sending you some money.

There were plenty of other examples of simple payments causing complications too, such as universal credit payments and rebate payments from HMRC causing accounts to be put under review and frozen, as well as salary payments bizarrely.

In some cases, accounts were repeatedly frozen, making a bad situation even worse.

The amount of time taken to get an account unlocked again is far from negligible too.

Around one in 10 cases seen by Resolver involved the account being frozen for at least two weeks by the time they took the issue to Resolver, which was often weeks after it had first occurred. There were some cases where it took as long as six months to get the account unfrozen.

There are seemingly big issues with communication around these cases as well. Some complainants said that their account had been frozen or even closed with no warning or with no reason given.

And they then had issues getting hold of someone at the bank to speak to about the situation, often having to wait hours on the phone or simply call back, day after day, to try to get the account unlocked.

One victim said they had had to make four separate calls to their bank’s fraud department in order to get their account unlocked, with each one involving a wait of at least 60 minutes and one call taking a marathon four and a half hours.

There has to be a better balance

The cases seen by Resolver will only represent the tip of the iceberg, so it's undoubtedly the case that thousands of other banking customers are being locked out of their money for no good reason.

Don’t get me wrong, there is a part of me that’s really pleased to see how proactive banks are being here. It shows that they are taking fraud and financial crime seriously, and are ready to step in when something out of the ordinary happens.

And having banks being a little keen is certainly better than if they were completely laissez-faire, carelessly looking the other way while our money and identities were pinched by the various scammers behind the myriad different schemes that we read warnings about on a daily basis.

But there has to be a middle ground, a more sensible balance, where we can be confident that our banks will act when there is a clear warning sign, but that they won’t unleash the chaos that results from a suspended account simply because of a couple of innocent payments.