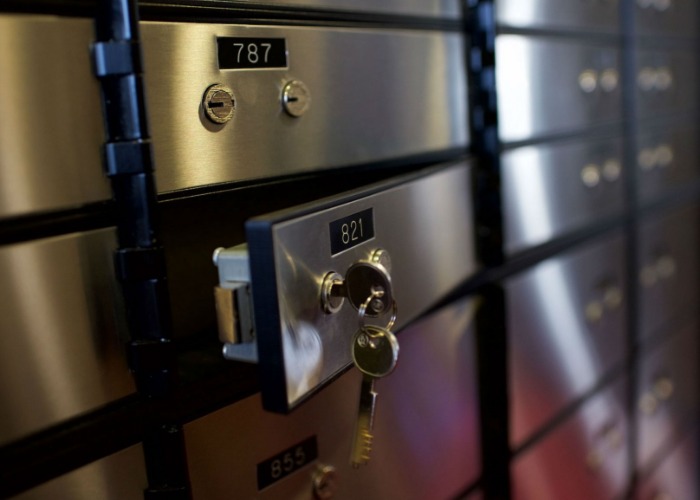 Where’s safer than a sealed box in the middle of a bank?

Whether portrayed in films, such as The Bank Job, or in the £200m Hatton Gardens heist in 2015, safe deposit boxes have an aura about them.

We imagine boxes full of diamonds, cash or compromising photographs; the property of the super-rich or those with something to hide.

Yet it’s very easy to get a safe deposit box and it could cost as little as your broadband subscription.

Boxes are back in fashion

Previously, if you had a valuable item you didn’t want to store at home, you’d ask the bank manager to put it in the vault.

Firstly, you didn’t actually see your possessions go in the vault; even worse “their record keeping wasn’t good enough, so people lost touch with their possessions; if somebody died then people wouldn’t know the bank was holding something for them.”

Faced with the cost and effort of providing vault storage or safe deposit boxes, cost-cutting banks stopped providing them, including Barclays, Lloyds, NatWest and the Cooperative bank in 2015.

Yet the past few years have seen numbers rebound. Every Metro Bank branch has one, with new branches regularly opening, and Halifax and Lloyds have also opened flagship stores with safe deposit boxes.

In an age where our wealth and possessions are increasingly virtual, who is using these boxes and what are they storing?

What’s in the box?

The second part of that question is difficult to answer, because at Metro Bank, among other providers, you’re not usually required to reveal exactly what you’re storing.

There are limits, however; you won’t find boxes of cash or risque photographs because both are prohibited under the Bank’s rules. Also off the table are weapons, food and anything else that could go off – although one customer apparently uses his box to store gym kit.

South Asian couples are often gifted golden jewellery on their wedding day, whilst businesses are drawn to the boxes by the permanence, given the risk of cyber security, explains Kirkpatrick: “Data is becoming more and more something people want to protect.”

The risk of a burglary is also driving people to safe deposit boxes: £274 million of jewellery was stolen in 2017, according to Direct Line, whilst Metro Bank found a quarter of us store valuables in filing cabinets or drawers.

According to Kirkpatrick, “there are a number of areas where the police and neighbourhood watch have recommended that people find somewhere safe to keep their belongings because of the crime rate.”

“It’s reassurance. If there’s a gap in the market, it doesn’t mean there isn’t a market.”

Burglary hotspots UK: the towns and places with the most break-ins

How much they cost

You don’t need to use a bank and it’s possible to find local providers who offer boxes for considerably less, although the number of visits may be restricted. The Safe Deposit Association has a list of providers in the major cities.

Using a safe deposit box may reduce the premium you’ll pay to insure the item, and this is worth factoring into the cost (you should always note valuable items separately on your insurance).

While useful, the attraction of a safe deposit box, unlike a bank account, is that you can actually go and see it.

The vault lacked many of the clichés from the movies: I didn’t have to pass through an airlock or iris scanner and the door was made of (presumably toughened) glass. You're not even required to provide ID, as the bank keeps your photo on file.

Once you’re inside, however, you can’t help but be awed by the rows of silvery numbered boxes from floor to ceiling.

Opening a box requires two keys simultaneously, one held by the Bank and one by the owner, who can inspect the box in a private room.

The boxes are surprisingly spacious and even the second-smallest box could easily fit my sole valuable possession.

The whole experience is remarkably relaxed – nothing close to airport security – which, Metro Bank believes, is part of the attraction.