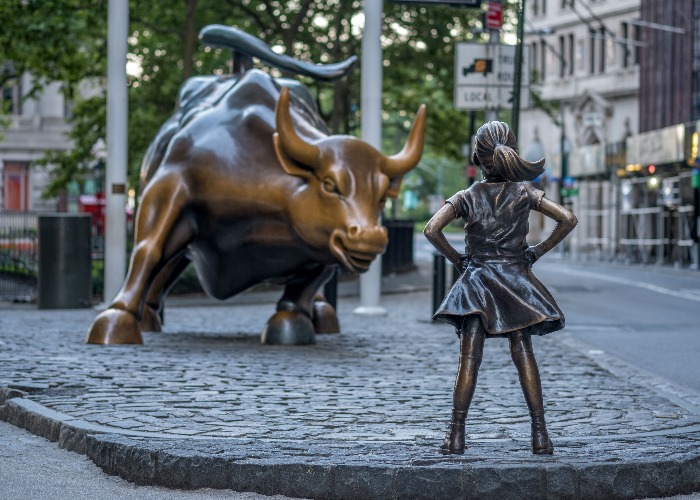 New fund aims to boost diversity by allocating more to companies with more women in management and board positions.

Legal & General Investment Management has launched a new type of fund which aims to increase the proportion of women in UK businesses.

The L&G Future World Gender in Leadership UK Index Fund – which they’ve abbreviated to the ‘GIRL fund’ – allocates investment depending on how well women are represented in companies.

Helena Morrissey, head of personal investing at Legal & General says that gender equality “is one of the key issues of our age” and claims the fund “empowers us all to use our money to accelerate progress.”

Legal & General has put £50m of its own money in the GIRL fund, claiming that companies with more diverse leadership teams and boards make better decisions and have higher long-term performance.

The fund has been welcomed by many in the world of business, albeit with some criticism of its name:

Great idea, I love it and will use this to make my own investment decisions. well done @MorrisseyHelena. Girl Fund' to invest in gender diverse companies https://t.co/nQxbSUJexM

Love this …… although title a tad patronising perhaps?

Wouldn't it be good if the Accountancy Profession produced a list of gender diverse firms?

The fund is the first in the UK to include gender diversity as criteria for investment, with Morrisey telling the Telegraph she hopes it spawns “a million copycats”.

It comes two months after the Government’s compulsory Gender Pay Gap reporting revealed eight out of 10 firms pay men more – including a 31% gap at Legal & General.

The fund invests in 350 large and mid-size British businesses from the Solactive L&G Gender in Leadership UK Index.

It increases or decreases investment in a company depending on its score out of 100. This score is calculated from the percentage of women on the board; female executives; women in management and in the workforce.

Companies must achieve 30% representation of women in all four areas before they can receive a positive score.

Read our guide to picking the right investment platform for you

The highest scoring company is currently Renewables Infrastructure Group, with 100 out of 100; Next and Marks and Spencer Group are among the more well-known company with high scores. The bottom of the table, with a score of 0, is manufacturing investor Melrose.

Legal & General says they’ll engage with companies that perform poorly; although Melrose has been excluded from the fund.

Although the scores don’t currently take account of firms’ gender pay gaps, Legal & General say this could be added at a later stage

The fund won’t invest in companies that manufacture controversial weapons or are involved in pure coal mining.

Companies may be excluded if they aren’t transparent about their contribution to climate change.

You can read more about ethical investing and how to make a decent return here.

You can invest in the GIRL Fund through Legal & General.

The fund has an ongoing charge of 0.5%, but no entry or exit charges.

Like all investments, your capital is at risk and because the GIRL Fund is brand new it has not past performance data available.