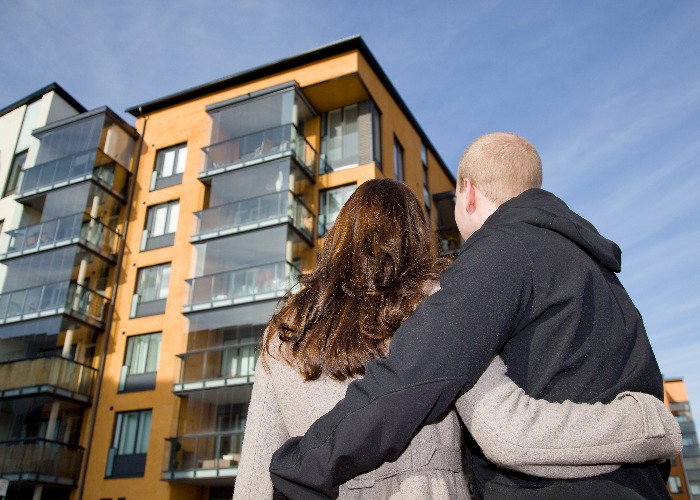 Over five million of us are delaying marriage and children so we can buy a home, according to new research. Is that such a bad thing, asks Ruth Jackson?

New research by L&C Mortgages has found that 5.1 million of us are putting off weddings and babies in order to save up a deposit to buy our own home.

“Our research shows that people are making cutbacks in order to buy a home,” says David Hollingworth from L&C Mortgages.

“That extends beyond the reining back of household and luxury spending and is forcing some to hold back on major life changes such as starting a family of getting married.”

With the average deposit for a home sitting at a massive, £33,000, it’s hardly surprising that people are having to make sacrifices in order to save that money.

A couple earning two average salaries and saving 10% for a deposit would have to wait almost six years before they could afford to buy a home – and that’s before you factor in how house prices might have risen over that period.

Plenty of sacrifices have to be made if you want to save for your first home.

That’s been the same for decades, even if previous generations obviously had a smaller sum to save.

The problem arises when people also want to spend a small fortune on getting married.

The average wedding costs almost as much as the average first home deposit, at £30,000, according to Brides magazine.

The difference is that if you invest that money in a home you have a valuable asset at the end and somewhere to live.

Sink that money into a flashy wedding and all you’ll have to show for it are some photos, a dress you’ll never wear again and a new family feud.

Obviously, you don’t have to delay getting married in order to buy a house – it is possible to get married for a lot less than £30,000. A lot, lot less.

But, the idea that people should be pitied because their finances don’t allow them to buy a house and hold a hugely extravagant party at the same time is ludicrous.

If you are planning on buying a house with someone before, or instead of, marrying them you need to be aware of the commitment you are making.

The research by L&C Mortgages found that only 8% of people consider buying a home with someone to be the biggest life commitment you can make.

The majority of people consider being in a long-term relationship a bigger commitment.

But, when you buy a house with someone you are entangling your finances and credit rating with theirs.

You need to consider what happens to the property if you split up – will you split it equally or has one of you put more money in than the other?

You should get a Deed of Trust written that shows how much you have each put into the property and how it would be handled if you split up.

Also consider getting wills drawn up. If one of you dies and you don’t have a will, then their share of the house will pass to their parents, or other family members rather than their partner, which could cause major problems.

“Buying with a partner will certainly be one of the biggest financial commitments you can make,” says Hollingworth.

“It’s therefore crucial to think clearly and plan, especially as home ownership is so entwined with the long term goals of marriage and raising a family.”