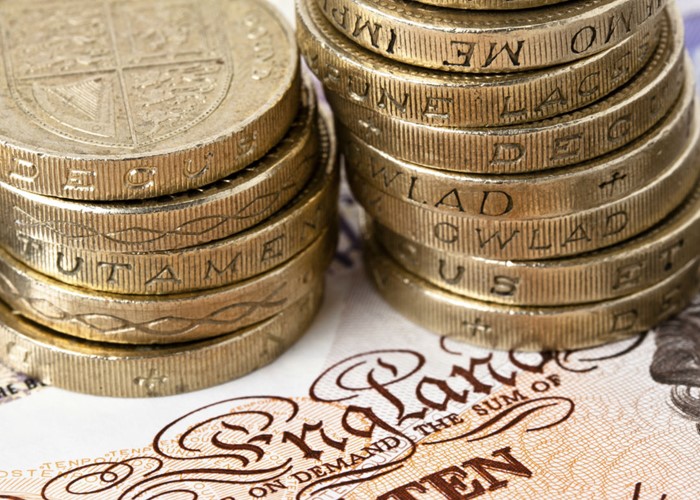 How do charities spend your money when you donate? We know it can't all go to the cause, but here are five costs to charities you may not be aware of....

As the recession bites and your disposable income shrinks, it’s certain you’ll want to know exactly how charities are spending your donated money. Much has been made of high in-house admin and advertising costs at big name charities, but what else do charities spend your pounds on?

Here at lovemoney.com we believe you should be fully informed as to what charities do with your money so you can be sure to give in the most efficient way possible. So here are five things that you may not know charities spend your donations on...

It’s hard to navigate your way down any high street nowadays without being approached by a bouncy, spritely young person vying for your direct debit details. We all know that chuggers are not fundraising solely out of the goodness of their heart, but what you may not know is that they are often not even employed by the charity they are raising money for.

In fact, charities pay tens of millions of pounds every year to subcontracted firms who recruit and train fundraisers. These fundraisers are paid considerably more than the minimum wage and may even receive a bonus for exceptional performances.

Charities usually pay these companies between £80 and £160 for every donor they sign up. But when the average donor will only agree to give £90 annually, it often takes over a year for the charity to break even. This is bad news when you consider that the number of chugger recruited donors cancelling within just three months is currently at an all time high.

If a chugger convinces you of the need to donate a small sum once a month, don't sign the form there and then. Go home and set up a direct debit commitment with the charity directly, via its website.

Whatever you do, don't sign it to get the chugger to leave you alone, then cancel after the first month. Your chosen charity will actually lose money if you do!

Who will get your money when you die? It’s a question everyone has to ask at some point, and most of us seem to arrive at the same answer; family and friends. Just 7% of the British public opt to leave a legacy gift and donate to a charity in their will – but fundraisers are attempting to increase this percentage.

Many charities invest heavily in legacy campaigning in an attempt to put people at ease when thinking about the sinister proposition of writing a will. One way the legacy donation collective Remember a Charity has done this is by producing tea bags printed with instructions advising the user to relax over a cup of tea and start a conversation about leaving a gift in their will.

One recent Remember a Charity campaign cost its consortium of charities around £900 000, but with estimated donation returns stretching well into the millions, they see it as a wise spend.

Of course, if there was no need for charities to spend this money - if we all remembered charities in our wills without needing a free teabag to do so - then they'd be a lot better off.

The charity run is a tried and tested fundraising method, but has still come under scrutiny over the percentage of raised money that actually goes to the charity. In fact, charities runs are not organised by charities at all, but by ‘mass participation event companies’.

These companies charge charities hundreds of pounds for so-called ‘golden bonds’ that guarantee runner places, and the charities then pass on the cost to us. So when you pay that fee, it's not a donation - it's going to the event company's coffers.

What's more, places at these events are often bought in bulk every year by large, big name charities who can require their runners to raise large amounts of money in exchange for a free running place. Smaller charities can't afford to buy lots of places every year. Nor can they afford advertising campaigns to attract runners who are prepared to raise a lot of money in exchange for a free place. So this system often has the effect of squeezing out smaller charities from big name events.

You could in theory try to run for a small charity by entering the public ballot for a place in a marathon, but you'll find it extremely difficult. Each place is around five times oversubscribed. If you win one, however, you'll be able to run for the charity of your choice.

OK, so let's imagine you’ve managed to secure that hard-won place on the London Marathon and are running for a charity. Time to get fundraising. You set up an online donation site like Just Giving or Virgin Money Giving, send the link to your friends and you’re away. One hundred percent of the money you raise will go straight to charity, right?

Wrong! Donation website Just Giving has come under fire recently for charging charities a £15 monthly fee to be on their system and taking a 5% cut out of all straight donations made on the site. Virgin Money Giving is better - it's not-for-profit, so it only charges a one-off set-up fee of £100, then takes a lower cut of 2% of all donations.

Of course, such sites defend themselves by arguing they enable people to give in an easy and convenient way, increasing donations. But again, small charities are likely to lose out because they can't afford the fees.

If you don't like the idea of your sponsor's charitable donations going to a company, ask your sponsors to donate directly via the charity's website instead.

5) Commercial ventures have their place

Don't get me wrong, I know that chugger agencies, charity race companies and fundraising websites have their place in the modern world. Despite being commercial ventures, they do raise millions for charities every year.

I just think lovemoney.com readers should be aware of how and where their donations are being spent. After all, it is possible to give direct to charities and ensure the maximum amount of your donation gets spent on the cause. For example, the Disaster Emergency Committee appeal for the Pakistan floods spends 95p from every pound on the ground, whilst Oxfam spends 81p of every pound on the cause.

Here's some other big name charities and the pence out of every pound they spend on their charitable objectives.

Tell us what you think

Are fundraising websites evil? Should chuggers be shot? Tell us what you think using the comments box below!