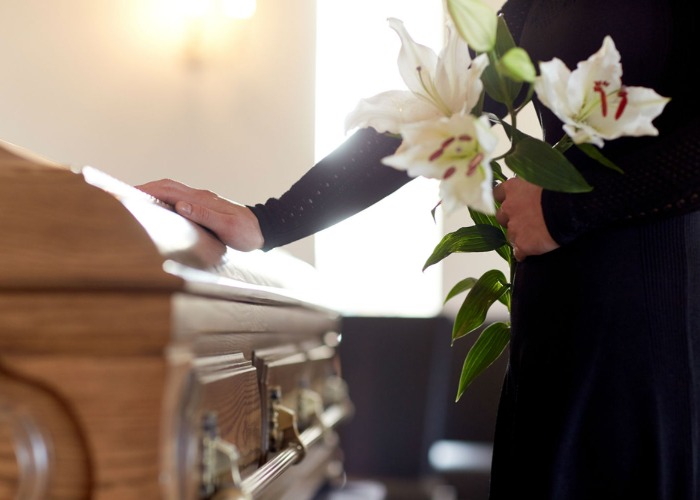 With mental health playing a major role in personal finance decisions, one of our writers talks about the complicated relationship between grief and money.

Let me tell you about my delayed grief and how it landed me in debt.

One drizzly Tuesday when I was 18, I attended my interview at Oxford University. Like all my fellow candidates, I was desperate to set myself apart from the herd.

In reality, the major thing that distinguished me from my rivals was that the previous Friday I had been at my father’s funeral. He had died two weeks before from a chronic heart condition that he'd suffered from since I was seven years old.

If you can’t see the link between this experience from my distant past and personal finance, bear with me.

It took more than 15 years, cost me £17,000 and resulted in serious damage to my credit before I truly appreciated the relationship between my early experiences, my mental health and the mistakes I’ve made with money as an adult.

The link between finance and mental health is very real.

According to The Money and Mental Health Institute, there are more than three million adults in the UK with both financial difficulties and mental health problems.

What’s more, half of adults in problem debt also have a mental health problem.

I don’t expect any sympathy for my story. Far worse things happen to thousands of people every day.

For the most part, I had an extremely happy childhood and was accepted to Oxford despite the sombre circumstances of my interview.

Fifteen years later, life was far from bleak. I had a moderately successful career as a financial journalist and my finances were pretty much in order.

As a money geek, I obsessively checked my credit score every couple of months to make sure nothing was amiss.

At one point, I ran a check with Experian and found that I had a score of 999 – the highest possible rating.

From a personal finance point of view, this meant I would have had my pick of credit cards and loans at the most competitive interest rates.

I’d also managed to amass a savings pot of £17,000. It wouldn’t have been anywhere near enough to get me on the property ladder in London, but it was reassuring to know I had a slush fund in case of emergencies.

Then, several years ago, I lost my job as the company at which I was working went into liquidation. Most of us have been there. “It’s bad luck. You need to bounce back.”

Journalism is, at best, a precarious way to make a living and this wasn’t the first time I had been made redundant.

But this time, I couldn’t bounce back.

All I could think of was my dad’s first heart attack when I was seven. Every time I applied for more work, I remembered overhearing a stony-faced cardiologist telling my mum we should prepare ourselves for the likelihood my dad would die during the night.

I also kept obsessively replaying my time at Oxford University.

I had been thrust into this highly-competitive environment hundreds of miles away from my family in Hull less than a year after my father had died. I felt bitter, which seems incredibly ungrateful when so many people would envy an Oxford education.

I continued to find the odd piece of freelance work, though nowhere near enough to cover my expenses living alone in London – with a £750 rent bill, plus hundreds of pounds worth of utilities every month.

This was roughly sustainable for around a year while I had my savings to support me. After 12 months of sporadic work, my financial pool ran dry. Not thinking clearly, I decided to apply for payday loan at extortionate interest rates to allow me to cover my day-to-day expenses.

During this time I wasn’t exactly thinking clearly and also missed payments on my regular bills. I was in debt for the first time since leaving university.

A year or so ago, I began to feel better and got professional help with my grief. I also knew it was my time to get my finances in order. I finally worked up the nerve to again check my credit score and found it had plummeted by hundreds of points.

This was no surprise. I had been rejected for credit just a month earlier.

Get access to your credit report free for 30 days

Where to get help

While in the midst of mental health problems, it can be almost impossible to make sensible decisions about money. But there are a number of options available in this situation.

If you are worried about your own finances or those of someone suffering with mental health problems, there are a number of organisations that should be able to help:

Have you or anyone you know landed in financial difficulty as a result of a mental health issue. If the issues are ongoing please do check the links above. If you want, you can also share your experiences in the comments section below.