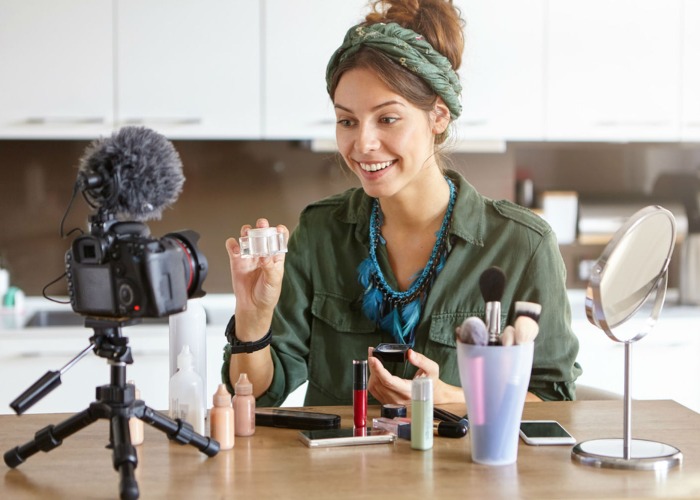 Is product testing worthwhile? Which websites are legitimate? Anna Jordan finds out.

As a finance journalist, product testing is something we write about quite often, either as a possible money-saving (or making) strategy or a cautionary tale about the widespread scamming that happens in this space.

However, I don't actually know of anyone who's actually tried it. So, to save you from the hassle (and I can assure you, there is quite a bit of that), I’m giving it a go.

Signing up is the easy bit if you know where to look.

There are a few places to get started.

Toluna: a survey-based site which runs some product tests.

Some other big brands do product testing like Elemis and Vileda homewares.

Vouchers, food, cosmetics and gadgets are the most common things to feature in product testing but really, you could be testing anything.

Set up a testing email address

Be prepared to be hit with an onslaught of emails. Having an alternative address means that they won’t clog up your main folder.

Toluna is frustrating in that you receive an awful lot of survey emails, but you’re not eligible for any of the surveys. A lot will depend on what products you do (and don’t) have.

If you want to sign up to free emails, there’s a place where you can send the spam email.

I used a Yahoo! Mail address which acts like a lint roller for junk emails.

You won’t get something straight away. With product testing profiles it really is a case of chipping away over time.

To tailor products to you, companies want to find out as much about you and your interests as possible.

This is especially true on Clicks Research. It’s ‘thorough’, in a word. Each section has a minimum of 20 full-length surveys.

It’s a similar story for the Tesco Home Panels. You basically need to submit a sample review to even be considered as a tester.

This article has been on the back burner for a long time. To be honest, I didn’t think it was going to go anywhere as by this point, I’d signed up for Clicks Research, Bzzagent, Trnd, Toluna, Elemis and Vileda.

Then this popped up in my inbox – about four months after I started searching.

I was going to be trialling a product through Trnd which cuts down hair drying time.

Getting the pack through the post was exciting, giving me lots of information and a free bottle of the spray to try out.

Part of the trial is that you have to tell your friends and family about the product and invite them to try it out, reviewing it with feedback cards which are included in the pack.

The testing was fun in theory, but you soon realise that it’s a hefty time commitment. In the two weeks that the trial ran, I managed to post a couple of reviews (like the Boots one below) and do a survey, well short of what’s expected.

Time just sprinted away from me, despite the fact that I spent less of it blowdrying my hair.

I managed to post a couple of reviews, including this one on Boots:

Ideally, you should be posting pictures on your social media feeds, handing out the product to your friends and asking them to fill out feedback forms, some testers even play about with video.

Technically I had photos for a before and after composite shot, I just didn't get round to uploading it.

The strength of your testing will dictate whether you get chosen for future product tests. And it’s safe to say that I won’t.

Giving it all away

As it's a hot topic right now, this challenge has really got me thinking about data.

In order to tailor product tests to you, you need to provide a lot of details, telling companies an awful lot when it comes to your tastes, preferences and lifestyle. I chose not to do some of the surveys as I felt they were too intrusive.

I’m glad to say that I haven’t had any extra cold calls or spam emails since I’ve signed up to these sites.

But if you want to do product testing yourself, it’s best to limit the amount of detail to what you're comfortable with.

Our writer Felicity Hannah thinks that we should really be taking more care of our personal details. Head over to Opinion: we need to value our data if you want to see what she has to say.

Another quick note while I'm here: be wary of certain product testing sites as they might be thinly-veiled scams. Product tests offering games and high-value electronics are risky.

Read Product testing scam promises free iPhones and other fake gadgets to find out what a typical scam looks like.

Was it worth it?

Product testing is fun if you have some spare time, but it’s best to treat it as a hobby or second job, much like comping.

At the very least, it’s a great way to bag some surprise goodies.

Boost your bank balance with a high-interest current account