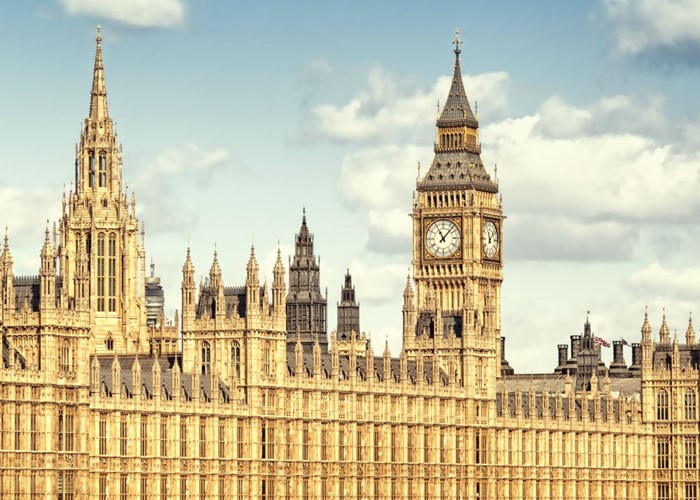 This year’s Budget was by no means the omnishambles we saw last year, but there have been rumblings of disquiet about one of the Chancellor’s surprise announcements on housing.

The Help to Buy scheme initially seemed like a welcome boost to the housing market, and many still believe it is. But of course, the devil is in the detail, and unfortunately detail seems to be sadly lacking over a number of key elements of the scheme.

Now a cross-party committee of MPs has published its findings following an inquiry into the Budget, and it has highlighted some serious holes in Help to Buy. The damning report piles even more pressure on the beleaguered Chancellor in what is set to be a tricky week, especially if we find out Britain has entered a triple dip recession.

So what is so bad about Help to Buy and what problems did the MPs highlight?

What is Help to Buy?

The Help to Buy scheme is split into two parts.

Help to Buy: equity loan is where the Government provides an equity loan worth up to 20% of the value of a new build home, repayable once the home is sold. It’s essentially a new version of the existing scheme, FirstBuy, but with fewer restrictions – for example it’s open to movers as well as first-time buyers.

Help to Buy: mortgage guarantee aims to increase the availability of mortgages on new or existing properties for those attempting to buy with small deposits. This is by far the bigger scheme with up to £12 billion available in Government guarantees which would support around £130 billion in high loan-to-value mortgages.

It is this new mortgage guarantee element of Help to Buy that has garnered the most criticism. Some major holes have already been noted by experts across the property market – although it also has some fans – and now the Treasury Select Committee has outlined a number of serious concerns.

A key question asked by the MPs is whether the Government, and therefore by definition the taxpayer, should be standing guarantor on other people’s high risk mortgages.

There is an inevitable risk that the Exchequer stands to lose out if the borrowers can’t meet their repayments and the lender can’t sell the repossessed home for the level of the mortgage.

The Chancellor argues that expected losses under the scheme will be covered by a commercial fee charged to lenders, but no details have yet been made about the level of this fee.

If it’s too low, it won’t fully offset the risk to the taxpayer. But if the Chancellor sets it too high, the scheme won’t be attractive to lenders, who won’t be able to use it to offer competitive interest rates on higher risk mortgage – and that is the whole point!

There is also the very real problem of the Government being an active player in the housing market because it means that it has a financial interest in sustaining house prices. If they were to fall the taxpayer would suffer a loss, which could influence all sorts of future economic policies.

This leads nicely to the next problem raised by MPs….

Problem 2 – It could create a house price bubble

One of the unintended consequences of Help to Buy could be to push up house prices – which would make things tougher for first-time buyers.

Indeed, by helping buyers onto the market who couldn’t otherwise afford it, it is basic economics to suggest that this increased demand will boost prices.

But when questioned, the Chancellor asserted that the increased demand would ultimately lead to increased supply as homebuilders would have more confidence to build.

However, the MPs didn’t agree with this ‘unconvincing’ response.

The Committee’s report stated that: “It is by no means clear that a scheme, whose primary outcome may be to support house prices, will ultimately be in the interests of first time buyers.” It also pointed out that if the Government actually wanted to increase supply in the housing market, it should have concentrated its housing measures there – which is a pretty good point!

Help to Buy is intended as a short-term measure to correct a temporary blip – a market failure according to Osborne. In other words, he reckons that lenders are not lending at high loan-to-values because they are currently working to repair their balance sheets. He believes that the market will normalise in the next few years, but what if it doesn’t?

The MPs were very concerned about the lack of clarity over whether or not Help to Buy would be extended, and possibly become a permanent fixture of the housing market. It suggested that the pressure to extend the scheme after three years would be immense.

As it stands the Chancellor has given the new Financial Policy Committee at the Bank of England responsibility for deciding if the scheme should continue. This does seem a bit like passing the buck and the Treasury Select Committee reckons "it is not clear that, given its remit, the FPC is best-placed to take this decision, nor that the decision should be out-sourced at all”.

One of the most controversial problems with Help to Buy is the uncertainty over whether it will enable rich existing homeowners to purchase a second property. Most people agree this is definitely not a good use of taxpayers’ money, but the Government has been extremely reticent about ruling out this out.

The MPs said that they “struggle to see the rationale for the taxpayer to stand behind loans for people wishing to own a second property, especially given that the Chancellor has repeatedly stated that the scheme is primarily designed to help people onto the property ladder as well as those who wish to move property”.

Indeed the committee has now asked the Government why second homes have not been explicitly excluded from the scheme.

It’s not the only question the MPs have asked the Government about Help to Buy. There’s a long list, from the estimated costs of the scheme to the likely impact it will have on house prices.

Let’s hope they get some clear answers, because Help to Buy is something that, as taxpayers, we could all end up paying for, so it needs to be executed properly and targeted at the right people.

Use lovemoney.com's innovative new mortgage tool now to find the best mortgage for you online

At lovemoney.com, you can research all the best deals yourself using our online mortgage service, or speak directly to a whole-of-market, fee-free lovemoney.com broker. Call 0800 804 8045 or email mortgages@lovemoney.com for more help.

This article aims to give information, not advice. Always do your own research and/or seek out advice from an FSA-regulated broker (such as one of our brokers here at lovemoney.com), before acting on anything contained in this article.

Finally, we tend to only give the initial rate of a deal in our articles, but any deal which lasts for a shorter period than your mortgage term may revert to the lender's standard variable rate or a tracker rate when the deal ends. Before you take out a deal, you should always try to find out from your lender what its standard variable rate is and how it will be determined in the future. Make sure you take all this information into account when comparing different deals.

Your home or property may be repossessed if you do not keep up repayments on your mortgage.

How to save for a deposit

Buying a house? Solicitor costs may be set to rise

Getting a property survey will save you thousands

The pros and cons of online estate agents

Is buying a home cheaper than renting?

The questions you must ask before you buy a house