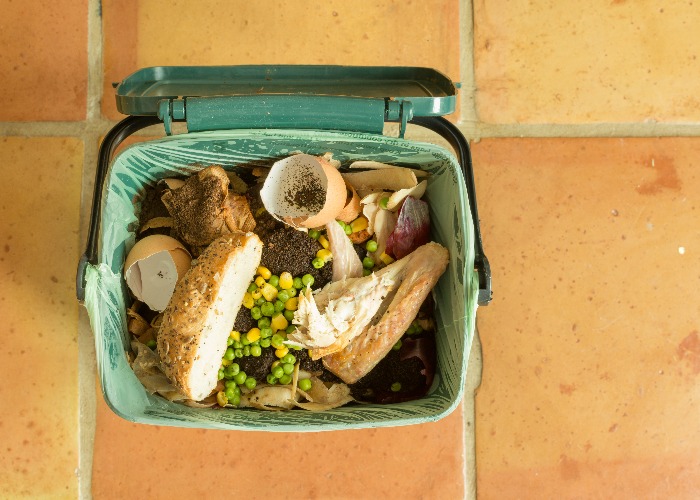 The average person will waste thousands of pounds on food that goes straight in the bin, loveMONEY analysis has found.

Each of us will throw away more than £12,300 worth of food over the course of our lives, loveMONEY can reveal.

By analysing figures from food waste charity WRAP, we found that the average person spends around £196 a year on food that goes straight in the bin*.

Extrapolate that from the age of 18 until the average life expectancy of 81 (the time during which we’re likely to buy our own food), and we reach the sobering total of £12,350 over a lifetime.

For a typical family with children, we’re looking at an annual waste of £700 per year, and a shocking £44,100 worth of food over the same 63-year period.

Earn cashback on your weekly shop with these credit cards

Want not, waste not

The average household purchases around 27kg of food and drink per week, of which almost a fifth (19%) isn’t consumed, according to WRAP figures.

This amounts to almost six meals per week. Among the most common food items wasted are bread, milk, potatoes, meat, fish and poultry.

Their food waste is worth around £290 each year.

Commenting on the figures, David Moon, head of sustainable food at WRAP, said: “Every year the UK bins approximately £12.5 billion worth of food.

“Reducing this food waste will help us all save money that could help pay many household bills, or be put towards family holidays.”

Of course, we aren’t the only ones guilty of wasting food.

A separate report from WRAP found that UK supermarkets binned 235,000 tonnes of food last year, of which 115,000 tonnes was perfectly edible.

Feedback, an organisation which campaigns against food waste, told loveMONEY that everyone needs to play their part.

‘’When we waste food we also waste all the land, water, fuel and hard work that went into growing, packaging and transporting food.

“This is a huge problem, but what’s empowering is that the solutions are good for our pockets and the planet.

“We all have the power and responsibility to act, not only by buying what we need and eating what we buy, but also by demanding that the supermarkets we buy from reduce food waste within their supply chains.

“The movement against food waste is growing and everyone has a chance to be a part of it.’’

Do your part to reduce waste

You can read about ways to cut your food waste – and your bills – with our handy guide.

If you’re stuck for ideas on what to do with food you’ve already bought, our sister title loveFOOD has this brilliant guide to making the most of leftovers.

Finally, visit the Love Food Hate Waste site, which is run by WRAP and features a load of easy-to-use, frugal tips.

Earn cashback on your weekly shop with these credit cards

Foods and drinks you throw away but shouldn’t

How to reduce food waste

How you can help food waste charities