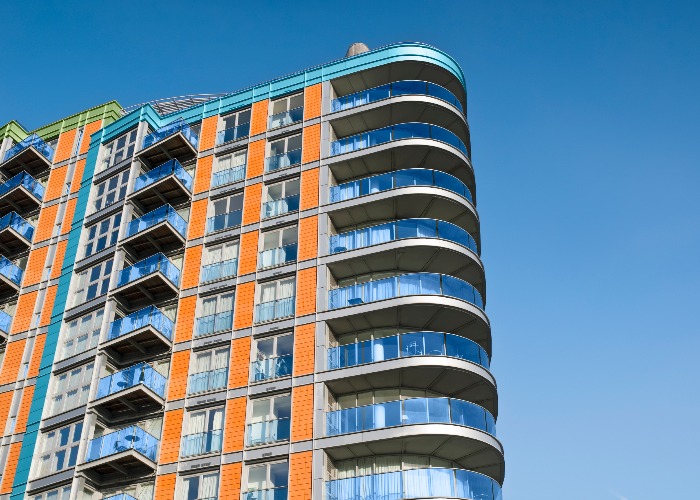 It’s a farce that so many homeowners will have to pay to clean up someone else’s mess, writes John Fitzsimons.

There is some hope for the millions of homes caught up in the ongoing cladding crisis.

The Government has finally got its act together and announced a series of steps it is taking over properties which have this cladding in place.

The trouble is that, not only is this action coming far later than necessary, I don't think it goes anywhere near far enough.

Bringing an end to unsafe cladding

Last week the housing secretary Robert Jenrick announced a new £3.5 billion fund which would go towards paying for unsafe cladding to be removed from residential buildings.

There is a catch though ‒ the fund will only apply to buildings that are 18 metres or higher.

That’s effectively six storeys or more, the buildings which the Government says are the most high risk in the event of a fire.

What about those smaller buildings, I hear you ask.

Well, there will again be Government funding for the removal of cladding for buildings of between 11 and 18 storeys, but crucially this is in the form of what the department has termed a “long-term, low-interest, Government-backed financing arrangement”.

In other words, leaseholders will have to foot the eventual bill, with the Government pledging that no leaseholder will ever have to pay more than £50 a month towards the removal of the cladding.

On top of this, developers will have to start paying a new tax which will raise money over the next decade to pay for cladding removal.

Jenrick said that this “landmark intervention” would “make homes safer and free those who did the right thing – saving for years to get on the property ladder – to enjoy the homes in which they have invested so much”.

Cleaning up someone else’s mess

It’s a farce that whether you will face a bill for the removal of this cladding comes down to the height of the building in which you live.

The people who bought homes in smaller buildings are not somehow more at fault for the presence of these materials than those who bought a flat at the top of a six-storey high rise, so it’s ridiculously unfair that they will now face a bill of up to £300 a year to clean up someone else’s mess.

Similarly, it’s pretty disgusting that Jenrick downplayed this money, describing it as a “pretty affordable amount of money”.

The reality is that the Government took far too long to wake up to this problem, and has down a poor job of pushing developers and building owners into actually correcting their mistakes.

We now have thousands of people living in homes which are potentially unsafe, cannot be sold on, and are going to have to cough up yet more cash to deal with the problem.

One of the most horrifying aspects of the cladding crisis is that people who have bought these flats and apartments are trapped, unable to sell because lenders won’t sign off on a mortgage unless specific documentation is provided which make clear that there is no flammable cladding in place.

And that isn’t really changing. The Government said it is “working with industry” to reduce the need for these EWS1 forms, but it’s evidently very much still a work in progress.

One of the big issues is that there simply aren’t enough surveyors in place to handle these forms, and while it had promised to “work towards a targeted, state-backed indemnity scheme for qualified professionals unable to obtain professional indemnity insurance for the completion of EWS1 forms” we remain some way off that scheme even being in place, let alone it making any impact on the lives of the thousands who are now effectively mortgage prisoners, unable to move on with their lives.

And then there’s this new developer tax, to help the Government raise the money for the cladding payouts.

It strikes me as a little odd that we are now going to expect those building homes in the future ‒ many of whom won’t have ever built anything with cladding, unsafe or otherwise, will now have to pay a new tax to bailout those who did.

Given we already face a housing shortage, and could really do with accelerating the rate at which we produce homes, it seems a touch odd to throw in yet another barrier which doesn’t really correct the existing problem.

Too little too late

There are plenty of industry figures who warn that the Government has underestimated the scale of the issue, with the suggestion that the funding in place will barely scratch the surface of what’s needed.

Throw in the fact that the measures are fundamentally unfair, and leave an awful lot of homeowners still in limbo, and it’s hard to believe that this is the best they could come up with.

This crisis isn’t going away any time soon.