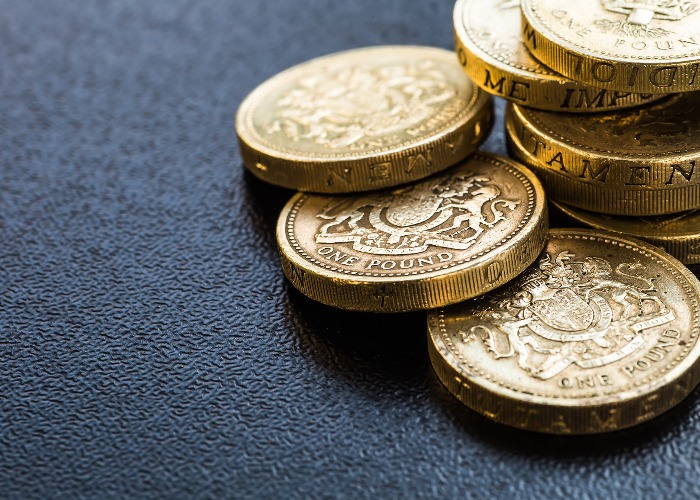 I decided to try and improve my finances within five hours by switching accounts, claiming cashback, shopping at a discounter and more. Here’s how I got on.

Before I started working at loveMONEY, I always thought I was financially savvy.

I was good at budgeting, deciding how to prioritise what to pay and made my own work lunches.

But I quickly discovered there were so many areas of my finances I could improve upon.

For example, I’ve used the same bank account (with no interest rate) for years, rarely used cashback or switched energy or broadband providers.

Setting aside an hour a day

I decided to set myself a financial challenge.

My aim was to see how much I could save by giving my finances a makeover.

Crucially, I didn't want this to take over all my spare time, so I set myself a time limit: one hour a day after work for five days.

Here's how I got on.

For most people, this will be the most obvious place to start, and it was no different for me.

I’ve had my bank account for over 10 years and while it has served me well, it was time to say goodbye as it didn’t even offer any interest or other benefits since my graduate account was switched to a current one.

My main priority was to find a current account with a decent interest rate to encourage me to save some extra cash (if I was able to use up my full Lifetime ISA allowance that is).

As I'm now familiar with most of the banking products, I knew the Nationwide FlexDirect would make a good option, seeing as it pays an interest rate of 5% on balances of up to £2,500 for 12 months.

Helpfully, I know someone who already has a Nationwide account, which meant I could also benefit from the building society's recommend a friend scheme: this way both me and my friend pocketed a tidy £100 as a result of me joining.

I don't yet have a lump sum of £2,500 to keep in my current account, but I intend to build it up on a monthly basis.

While I initially thought that switching would be a piece of cake, it took me longer than expected.

One of the biggest issues was my lack of any Direct Debits, so I set two up, and waited for the first payments to go through.

As for the application itself, it took around 45 minutes to complete, as I had to track down some information.

For example, I needed to state how long I held my bank account at the time, how long I lived at my address, as well as my employment details.

This done, the switch took longer than expected as the seven-day switch doesn’t officially start until 24 hours after an application is approved.

I then had to fill out a link to help Nationwide match me with the person who recommended me.

Without this, I would not be able to claim my half of the £200 sweetener on offer. It was a fair bit of hassle, but worth it in the end

Result: I made £100 and bagged a 5% interest rate for future savings

My next priority was to see if I could save on groceries, so my partner and I shunned Sainsbury’s to drive a little further out to our nearest Aldi.

We tend to be quite prepared with a list of ingredients for planned meals and lunches to ensure we don’t overspend.

While our shopping list was a little slimmer than usual, I compared products on a like-for-like basis between both supermarkets to see if we saved anything.

I have tried in the past to be proactive and switch energy provider to avoid constant price hikes.

Switching energy provider for both electricity and gas was a lot less painful than switching bank accounts, as it only took me around half an hour.

Using a price comparison site, I entered my details and tried to provide as much information as possible, including the average amount of gas and electric used.

Instead of using the previous month’s usage, I found an average across 2018 for a more accurate picture.

I also opted for one of the Big Six as the shocking amount of small energy providers going bust over the last year has made me reluctant to use them.

It turns out I could save a decent chunk of money by switching – nearly £200 to be exact.

But before I switched via the comparison site, I wanted to find out whether I could get any cash on top of that.

When I checked Topcashback, I was delighted to find I could get around £80 in cashback by switching to the fixed one-year deal that popped up on the comparison site, so I decided to apply through the site.

I knew this was an area I'd save a fortune on as I'd not switched broadband for ages  – a costly mistake.

While I was willing to switch, I decided to try the easy option and haggle with my current provider BT.

Before calling, I had a quick scan of a price comparison site to get an idea of what I could be paying.

I was outside of my contract and I was paying (a frankly eye-watering) £59 a month for my service.

My first call was with a customer service representative, who offered to drop my monthly contract to £36.99 – a respectable saving of approximately 37%.

While this was tempting, I had spotted that EE offered an 18-month contract for £30 a month – and cashback to boot.

I decided to try my luck and haggle some more, pointing out that EE recently had less customer complaints compared to BT. I also flagged I had some minor issues with the broadband over the past few months.

The rep told me they would speak to their manager and get back in touch.

Unfortunately, they didn’t call back, so I rang BT again and this time I was offered a higher price of £38.99 a month by someone who believed a couple of quid a month wasn’t a big deal.

After informing him that I was offered a lower price than his I was told someone else would be in touch.

My original BT rep then called back and offered a £32.99 monthly price.

While the price was slightly more expensive than EE and no cashback was offered, I decided to take the lower price instead of switching.

Overall, my broadband haggling was the most profitable part of this challenge as I cut my bill by 44% – or £468 – over an 18-month period.

Of course, when the deal ends, I would have to either renegotiate or switch.

How to save money on your BT phone, broadband and TV bills

Boosting my interest rate on savings

As I am trying to build an emergency savings pot, I decided to be proactive ­and get rid of my Cash ISA (offering a measly 0.2% in interest) and get a better account.

Closing the Cash ISA was easy enough (although there were attempts to sell me other savings accounts I wasn’t interested in) and it took five working days to close.

I opted for one of the best easy access accounts (at the time when I was doing the challenge), which was from Marcus and offered 1.45% interest for one year before dropping to 1.35%.

While there are better rates with fixed-rate accounts, I wanted access to my money and unlimited withdrawals.

It only took me 10 minutes to open an account, but it’s important to note you pay in using a linked bank account.

So, I had to wait for my bank account to fully switch before opening my new savings account.

Top savings accounts: where to find the best rates for your cash

I decided to use the last of my allocated five hours doing something a little different: entering online competitions to see if I could win… anything.

Before starting my competition spree, I decided to look up a few tips to figure out where I can find competitions and settled on MoneySavingExpert’s Competitions Time forum.

As I’ve barely entered any competitions, I set up a throwaway email address for competition-related spam.

Within an hour, I managed to enter 14 competitions as autocomplete helped speed the process up.

I opted to enter competitions for a range of prizes, including books, beauty boxes, sportswear, gift cards, as well as a few generous giveaways such as luxury UK staycations.

At the time of writing, I have not won anything, and my experience has taught me that all those stories I've read of people making a fortune doing this are very much the exceptions.

Ultimately it was a bit of a waste, but I'm still glad I tried.

Result: I didn't win anything

How to spot a dodgy competition

This challenge taught me a lot of lessons that I’ll never forget, such as never be complacent, always haggle for a better deal and shop around for the best products.

Overall, I saved or earned a substantial amount and all it took was five hours (four actually, once you discount my competitions caper).

Excluding the improved interest rates on my savings and current accounts, I've saved and earned approximately £850 in only five hours.