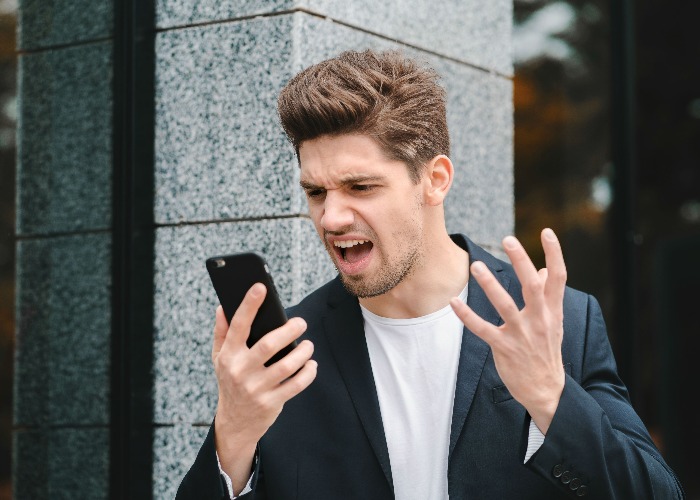 Many thousands of other customers of other mobile networks also reported problems at exactly the same times, most notably Tesco Mobile and Giffgaff.

Even London’s bus network was affected:

Hi Robin, our live updates through our Countdown system have been affected by the O2 outage. We're working with them to fix this as quickly as possible. We will update everyone as soon as this is fixed. Please see https://t.co/KBuRJW9YKT to check the bus timetable(1/2)

To compensate customers, O2 will credit pay-monthly two days of charges, and give pay-as-you-go customers 10% credit on their first op up in 2019. Sky Mobile will give customers a free day of unlimited data. The other affected networks have not yet announced any compensation, however.

Customers of these networks will also be asking why they've been hit by O2's problems.

The reason is that O2, Tesco, Giffgaff and others are all running off the same infrastructure – as far as your signal is concerned, they may as well be the same network.

How to cancel a UK mobile phone contract and switch providers

The UK now has dozens of mobile networks, ranging from the obscure, such as Champions Mobile, to the more well known, such as Virgin Mobile.

Yet they all run off the infrastructure of just four providers: O2, EE, Three and Vodafone.

They’re not necessarily owned by the big four networks, but instead, pay them so they don’t have to build and operate their own mobile masts and everything else that goes with operating a mobile network.

There are two big advantages of piggyback off firms for customers.

The first is that, if you live in an area with coverage from just one of the big four, you’ve got more than one network to choose between.

You can find out which of the big four networks cover your area using Ofcom’s coverage checker, then use our guide below to find which piggyback networks also cover you.

The other perk of piggyback networks is that they’re often very good value, particularly if you go for a ‘sim-only’ contract.

You do however lose out on perks with the main operators, such as O2 Priority Tickets, and some piggyback networks have limited foreign coverage (click here for more).

We’ve listed the main piggyback operators, organised by which of the big four’s infrastructure they use:

There are 7 million customers of affiliate networks, which include Tesco Mobile, Giffgaff, Sky Mobile, TalkTalk Mobile and Lycamobile.

There are two piggyback networks with Three: ID Mobile and SMARTY, a new network launched this year that gives credit back for unused data.

Save money on a new mobile phone: Apple vs Android, contracts and spreading the cost

How do I switch networks?

You should also consider switching if you were paying for a phone on contract, but that contract has now ended, as chances are that you’re still paying over the odds.

We’ve put together a simple guide to switching which you can find here.

Also take a look at cashback sites TopCashback and Quidco, which frequently offer large amounts of cashback for getting mobile phone contracts through their sites.