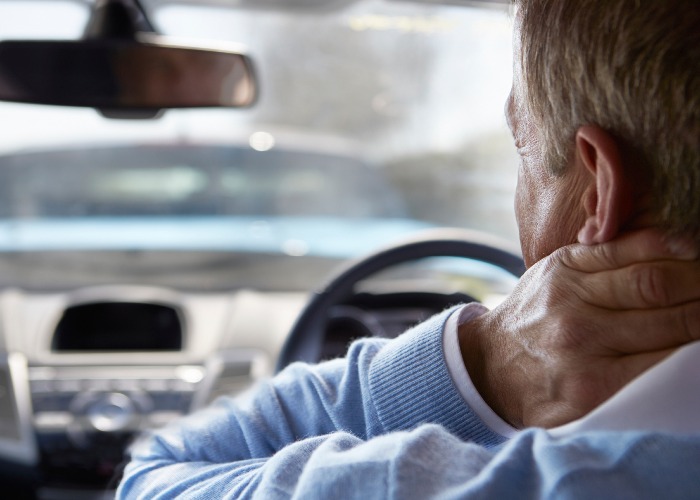 New plans to crackdown on whiplash compensation could save motorists up to £40 a year on their car insurance premiums.

The Government consultation will propose a block from settling claims without medical evidence.

Instead, claimants would need a doctor’s report before being paid.

Compensation for minor whiplash injuries in car accidents could also be capped or banned entirely.

Get a free, no obligation car insurance quote with loveMONEY today

Payouts could be slashed

Capping compensation would see typical payouts fall from £1,850 to a maximum of £425.

The threshold for claims being taken to court would jump from £1,000 to £5,000, so legal costs would be reduced.

Other suggestions include introducing a transparent tariff system of compensation payments for claims with more significant injuries.

A pledge to tackle the high number of whiplash claims was made in last year’s Autumn Statement but were shelved earlier this year.

The fact those plans have now been revived has been welcomed by insurers, with both Aviva and LV= promising to pass savings on to customers.

The Ministry of Justice (MoJ) hopes that this will put an end to notorious crash for cash claims, savings motorists £1 billion a year.

Despite a fall in road accidents and some of the safest roads in Europe, whiplash claims in the UK are up 50% compared to a decade ago.

The MoJ blames a ‘predatory’ claims industry that encourages chasing after minor claims and exaggerating them.

A poll of 20,000 AA members last year said that 63% had been contacted by cold-calling firms trying to persuade them to make a claim even though they hadn’t been injured.

Worryingly, the same survey shows that 11% of drivers said that they saw nothing wrong with making a claim for injury compensation, even if no injury was actually suffered.

Unfortunately, this drives up the costs of premiums for all motorists.

"One whiplash claim is paid out every 60 seconds and it is unacceptable that responsible motorists have to pick up the tab.

"We are tackling the incentives which have created this compensation culture so that all drivers can save money on their motor insurance policies."

The consultation will run until January 7 2017.

Get a free, no obligation car insurance quote with loveMONEY today

Supermarket cuts petrol price - how to save even more