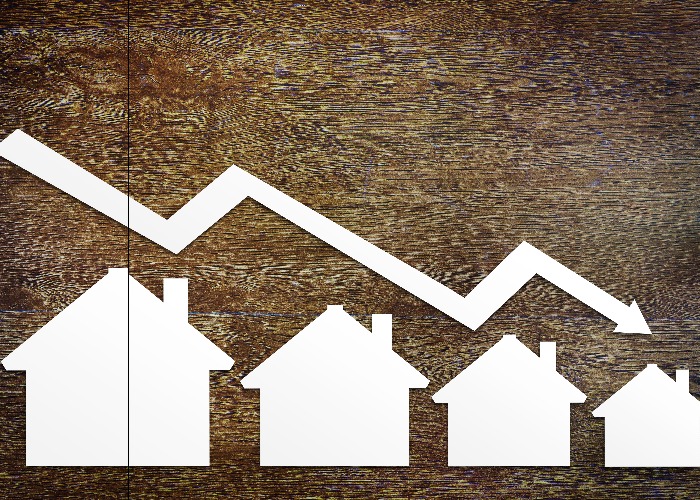 Labour, Conservative and even Coalition Governments have failed to solve the UK housing crisis. Here’s why.

Britain’s housing crisis is nothing new. We’ve had a shortage of homes for decades, and the problem is no closer to being fixed today.

The problem is that those with the power to do so might actually be worse off if they succeeded in meeting our housing needs.

We’ll explain why in a sec, but first let’s look at the scope of the housing problem facing Britain today.

A report by Shelter last year found that a quarter of adults under the age of 35 were still living in their childhood bedroom.

In addition to overcrowding, we are suffering astronomical house price rises, a growing waiting list for social housing - 1.69 million households in England alone – and a rise in homelessness.

The reason why is simple: we’re not building enough houses, and we haven’t for decades.

Back in 2004, the Barker Review of Housing assessed the growing population. It concluded that, in order to keep pace, the UK would have to build around 250,000 homes a year.

We’ve failed to do so every single year since. Last year, we managed roughly half that figure – and that was a high point.

In the intervening years, the Lyons Review in 2014 suggested there was already a backlog of a million homes.

In fact, the UK hasn’t built 250,000 homes in a year since the 1970s – and it has never done so without an enormous public sector house-building programme (the table below only highlights private housebuilding numbers).

As Campbell Robb, chief executive at housing charity Shelter, explains: “There’s no doubt that we are in the grips of another housing crisis, caused by successive Governments’ failure to build the homes we need.”

Where the problem began

A recent Civitas Report pointed out that, between 1948 and 1979, the number of publicly-funded properties didn’t drop below 100,000 a year.

Then a white paper in 1976 claimed there was too much housing, and with the changing of the political guard, public-sector housebuilding went into a steep decline.

What funding the Government has provided has been focused on housing associations instead.

However, even this was a fraction of what it has been in previous decades, and as a result, housing associations have been building at a rate of 30,000 a year.

What each party has done

When the Labour Party came to power in 1997, policies were not directed into funding more public sector housebuilding, but rather helping people onto the housing ladder if they could afford it – and supporting those who couldn’t afford it though the welfare system.

Since the arrival of the Coalition Government – and the Conservative Government that followed – there has been a greater focus on cutting costs in the midst of mounting national debt.

This has meant cuts to the housing budget.

The Government has focused on initiatives to make it easier for people to borrow (and build up deposits) to afford increasingly expensive properties.

When asked about its housebuilding plans, a Government spokesperson told loveMONEY that, since spring 2010, Government-backed schemes have helped over 290,000 households buy a home.

Almost half of these (over 150,000) were helped through Help-to-Buy schemes.

The problem with supply

This, however, has done little to bolster the supply of homes.

And to make matters worse, housing associations have become increasingly hesitant to build as there is uncertainty over their future.

This has left housebuilders to tackle the housing crisis alone; something they are not equipped or even incentivised to do – especially after the financial crisis.

As a Government spokesperson puts it: “The 2008 economic crash devastated the housebuilding industry, leading to the lowest levels of ‘starts’ for any peacetime year since the 1920s and the loss of a quarter of a million construction jobs.”

The past year has seen something of a recovery, with the number of new homes up 25% and housing starts and completions at a seven-year high.

Earn up to 7% with a mini Bond from Wellesley & Co

The disincentive for builders

However, the tough economic environment has taken its toll in the interim. It has led to a number of smaller housebuilders being taken over or dropping out of the market entirely.

Robb said: “One of the major problems with the housebuilding industry in this country, is that we are far too reliant on a small number of very big developers to deliver the lion’s share of the homes we need.”

Having fewer housebuilders means there are fewer active sites at any given time. On each site, builders finish properties as quickly as they are able to sell them at a stable price, rather than as quickly as possible. And that’s a crucial difference.

The planning system doesn’t help either. As Shelter points out, there isn’t enough development land, it isn’t cheap enough, and it isn’t easy enough to build on.

Elephant in the room

The Civitas report suggested that another ‘elephant in the room’ may be the side-effect of building enough houses.

“There is little obvious desire for a fall in house prices, which would leave millions of homeowners out of pocket,” it said.

“And yet the only way of reducing housing costs for everybody is to get on top of demand, increase supply and depress house prices.”

In other words, building enough houses could make the Government unpopular with a lot of homeowners (who are also voters).

Can the Government fill the gap?

It's worth noting that a 2013 Shelter report argues that the assumption all homeowners want prices to rise is flawed.

It quoted research that found only a third of people wanted rising prices – and most wanted stability. This would enable the Government to build hundreds of thousands of homes a year without risking crashing the market.

A Government spokesperson told us it is planning to do just that: “We have set out the most ambitious vision for housing since the 1970s, doubling the housing budget so we can deliver a million extra homes [by 2020].”

That certainly is an ambitious target, and some have already questioned whether it will be hit (less than a third of housebuilders think it’s achievable, according to a recent study).

But even if they do, it’s still far from a complete solution, claimed Robb. That’s because all the problems of the housing industry cannot be cured by simply building more houses for private purchase.

“We can turn the tide on the housing crisis, but to do this the Government must focus on building homes that people on ordinary incomes can actually afford to buy or rent for the long-term.”

What’s more, the planned 400,000 affordable homes is a drop in the ocean he said.

“Millions of people are losing hope of ever affording a home to put down roots in, and instead face a lifetime trapped in unstable and expensive private renting.

"What's worse, Government schemes like Starter Homes costing up to £250,000, or nearly half a million pounds in London, will often only help the better off,” Robb said.

“Doing something about the housing crisis now will require even bolder action, because we are starting from a really unenviable position.”

Whether we get such bold action remains to be seen, but it can't help that the two parties best placed to solve the problem arguably have reservations, if not an outright disincentive, to tackle the housing shortage.

Who will lose out from the buy-to-let crackdown?