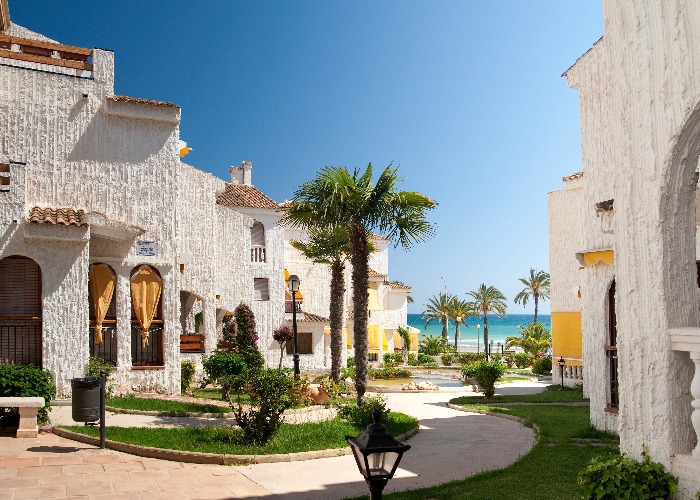 This firm promises to get back the money investors lost to Inside Track. Don't be fooled.

From 2001 to 2008, a UK company claimed it had discovered a money machine. All you had to do was to attend a free seminar, go on a £2,500 training course, then buy 'discounted' properties before they were built (known as off-plan), and sell them on at a profit. And then repeat the process.

The properties were mainly in the UK, Spain, and the United States. According to the alchemists behind this scheme, anyone could become a property millionaire.

This firm was Inside Track. Together with partner company Instant Access Properties, it went bust in 2008 losing tens of millions, although it made big money for its promoters.

Since 2008, investor losses have piled up as banks demand mortgage payments on often virtually worthless properties in Spain and Florida. Many have now themselves become bankrupt, losing their own homes as well as their speculative flats.

Yes, investors were daft to fall for the Inside Track dream of an easy money stream. There were plenty of warnings. But Inside Track used high-pressure sales techniques and expensive lawyers to counter critics.

Trying to get your money back

Unsurprisingly, these investors - many of whom lost more than £500,000 - want redress.

Three years ago, a UK law firm claimed it could recover money via a class action. It collected £500 from participants. Nothing came of this.

Now, a firm based in Malaga in Spain is promising to recover their money. Fast Line Legal, not recognised in the UK legal system, has a mailing and phone list of Inside Track victims. Its letters are all very impressive sounding - Fast Line will "exhaustively investigate" the problem and when an offer of compensation is made it will "ensure it meets or exceeds our assessment".

A warning from the FCA

This is not the first time Fast Line has contacted property scam victims. In 2013, it wrote to losers from timeshare rackets. Those who responded were asked for upfront money, including £950 for “document translation fees”.

According to Spanish records, Fast Line was registered as having “a company objective of handling any type of administrative paperwork”. Its tax office return is shown as “Photocopying activities, preparation of paperwork and other specialized office activities”.

Earlier this year, the Financial Conduct Authority issued a warning on Fast Line. The watchdog said: “We believe this firm has been providing financial services or products in the UK without our authorisation. This firm is not authorised by us but has been targeting people in the UK.”

Sadly, there is no magic legal wand anyone can wave to help those who lost out. Don't fall for it.

The many scams of 'Derek Jones'

Postal scams that target the elderly