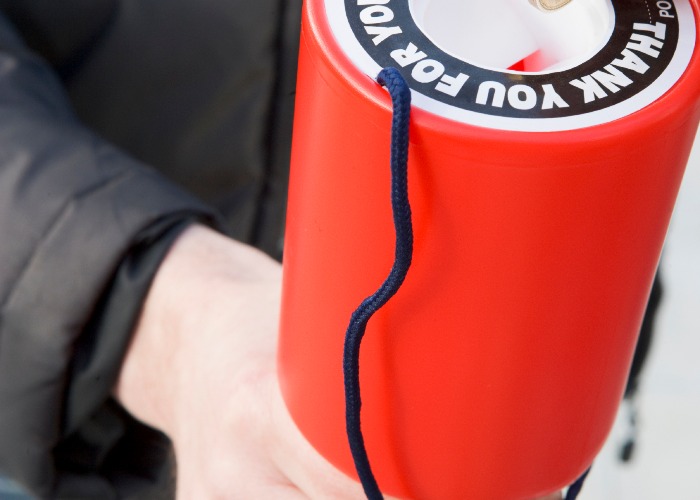 These scammers prey on small businesses looking for publicity and to help good causes.

There are hundreds of thousands of small businesses in the UK, from corner shops and plumbers to resaurants and builders. And they will all be looking for ways to spread awareness of what they do and why they are better than their rivals.

That's why they are prey to “charity brochure” vultures. These scammers cold-call small firms, offering to put their name and what they do as a paid advert in a brochure or magazine that will both support a good cause and give you wider publicity.

The sad reality is that these pest callers – and scam firms like this have been around for at least 20 years – give only a tiny fraction of money raised to charity. The publication itself may not even exist – it's easy enough to mock up a PDF. And even if it does, it might be circulated in such a way that few people ever see it, let alone the business's target audience.

One such vulture was Wrexham-based The Emergency Services (Media Dept) Limited, which has just been wound up and put into liquidation by the High Court in Manchester. According to the Insolvency Service, the firm, led by directors Thomas Henry Harrison, 68, from Wrexham, and Ian Christopher Hughes, 52, from Coedpoeth, Clwyd, “falsely claimed an association to the emergency services in order to induce small businesses to place advertisements in its publications”.

Insolvency Service Investigation Supervisor Colin Cronin said the firm “created an impression that it was running a national campaign or initiative when, in truth, the magazine it produced was merely a mechanism by which the company raised money from members of the public by way of systematic and deliberate misrepresentations”.

The Court was told that the company cold-called small businesses and persuaded them to place an advertisement in a magazine, known as React.

React's website is strangely still up and running. It contains stuff such as: “Sadly, drug and alcohol abuse, antisocial behaviour, violence and crime seem to be an ever present menace in our communities, and the problems only seems to be getting worse. Highlighting issues such as these is of paramount importance to the React initiative, and through education and awareness, we aim to help reduce this worrying trend. After all, the children of today could be the criminals of tomorrow.”

It goes on with paragraphs about knife crime and other social ills.

The website claims that React was “sent directly to individual police forces, ambulance and fire services, for onward distribution. Although React is a national initiative, the publication is regionalised to ensure that sponsors receive the maximum benefit for their support. The React initiative receives no government funding, and is therefore wholly financed by the generous support of it's (sic) sponsors. Without the kind support of community-minded businesses and individuals the campaign would cease to exist.”

The firm latched onto the City of London Police Federation Rupert Fund, a small charity with annual income around £45,000. This charity provides holidays, nursing and convalescence to widows and mothers of George Cross recipients among the now disbanded Royal Ulster Constabulary. As with other varieties of this scam, the charity had no involvement in the deception.

The most recent attempt to fleece those of a charitable disposition was in August when the scam firm implied a link to a Rupert Fund golf day.

The Insolvency Service concludes that “a number of serious misrepresentations were made to advertisers”. These included:

This is an evil scam designed to take advantage of business people's best intentions.