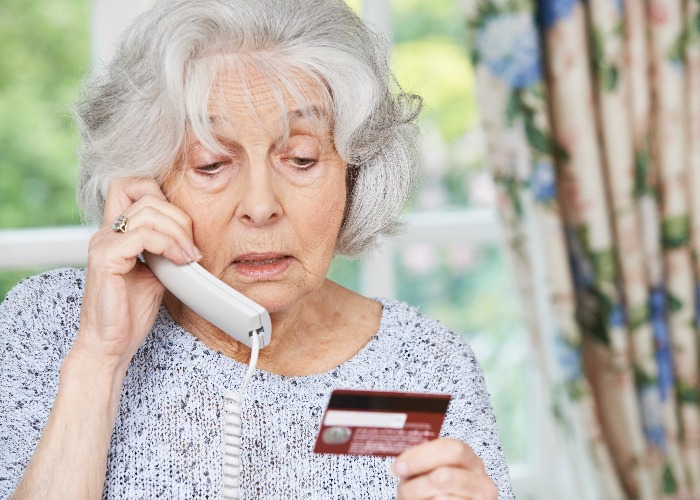 M&S and Nationwide are rated the best at dealing with card fraud while John Lewis/Waitrose and Natwest are judged least helpful.

Police are failing to investigate fraud cases despite there being compelling evidence in many cases, according to a damning new report.

Her Majesty's Inspectorate of Constabulary and Fire & Rescue Services described an "inconsistent" approach to policing fraud, leaving the public at high risk of scams.

The report also highlighted how officers routinely dropped probes into bank scams as the crime does not "bang, bleed or shout".

It cited one police force which dropped 96% of cases received from the National Fraud Intelligence Bureau.

Given the apparent lack of support from police, the actions of financial institutions become especially important with regards to card fraud in particular.

Against this backdrop, a timely report landed in our inbox this week: a survey claiming to reveal the best and worst banks for dealing with current account and credit card fraud.

The survey, by consumer site Which?, measured the ‘helpfulness’ level of banking providers if you’re exposed to fraud.

The ‘helpfulness’ level was calculated based on the speed of receiving a replacement card, the guidance offered on how to minimise fraud, the communication following the fraud and the customer’s overall rating of their provider’s reaction to the fraud.

In the credit card company category, M&S bank came out top with a ‘helpfulness’ rating of 90%. The John Lewis Partnership/ Waitrose came in last position, with a rating of only 72%.

In terms of current accounts, Nationwide had the top score of 87% while Natwest was bottom with only a 73% ‘helpfulness’ rating.

7 scams you need to watch out for

While the survey can act as a guide, the results shouldn't be seen as conclusive.

For a starter, only 900 Which? members responded to the survey, with each bank getting a varying number of responses.

You’re also more likely to respond to a survey if you’ve had a negative experience.

Refunds not factored in

The survey didn’t measure how likely a bank was to offer a refund on money lost to fraud.

Card fraud is increasing and if you’ve been subject to it, the last thing you need is for your bank to be difficult and refuse you a refund.

Gross negligence is often cited as a reason why a customer won’t be refunded after a fraud allegation. This might mean the bank thinks you haven’t reasonably protected your pin or you gave someone your online banking password.

Although the Financial Ombudsman Service is cracking down on banks who unfairly punish customers for fraud, gross negligence could still affect you.

If your bank is strict on gross negligence it could damage your chances of getting your money back in a fraud case. Take a look at where your bank ranks on rejecting claims based on this 2017 data.

Some banks have longer windows of time to report suspected fraud which could also impact your likelihood of getting your money back.

Now take a look at how to avoid mobile banking fraud by following these tips on how to stay safe.