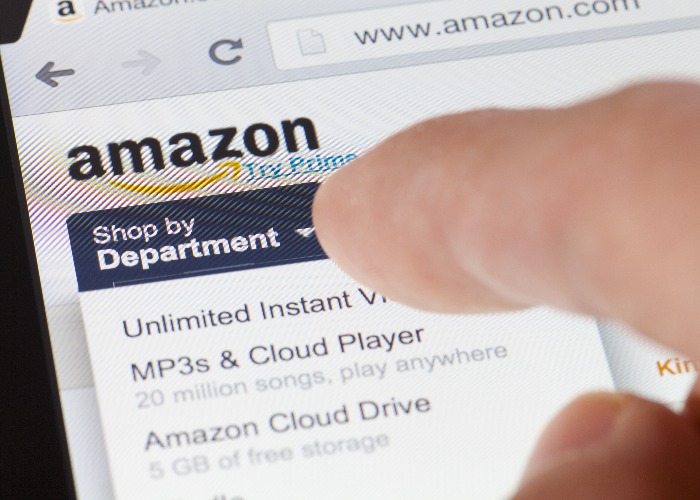 Today’s news about the amount of tax paid by Amazon in the UK has finally sealed a decision I’ve been uneasily aware of for at least a year: I need to ditch my Amazon habit.

Amazon’s UK tax bill last year fell by £2.8 million compared to 2016, even though its profits almost doubled over the same period.

The company incurred £4.6 million in corporation tax in the UK last year, a fall from £7.4 million in the previous year.

It also deferred paying £2.9 million (something that I don’t think the tax office would be thrilled about it I tried, given how cross they got when I accidentally underpaid by £30 last year).

It made an operating profit of almost £80 million.

Of course, there’s no suggestion that Amazon has done anything legally wrong. It has stated that it pays all the tax it is required to do in the UK and in every country in which it operates.

I am sure it does, otherwise there would be an even greater outcry.

However, it’s time for me to make a choice about whether I can continue spending money within an organisation that I feel does not contribute as much to the UK as other businesses I could choose.

And actually, there are quite a few reasons why I’ve been considering deleting my account already…

Paying with a credit card offers you additional protection. Choose one of these great 0% cards

I’m worried about some of the workers

I don’t think Amazon is necessarily a bad employer. Lots of its staff get a very good deal; over the last five years, full-time staff have received an average of £1,000-worth of shares every year. That’s very positive.

However, I read the book Hired: Six Months Undercover in Low-Wage Britain by James Bloodworth and I was really shocked.

He took a zero-hours contract in one of the retailer’s ‘fulfilment centres’ and extensively documented the exhaustion, lack of human interaction, pressure and misery of a shift in the warehouse.

I’ve worked warehouse shifts myself and they were hard, long and tiring but nothing like what he shares.

Now read: Parents should be allowed to take kids on term-time holidays

You can read an excerpt of the book via The Times and it’s really shocking.

He describes hours alone picking items for despatch, his brain turning numb, his body exhausted. He describes the 30 minutes allocated for lunch when it took so long to reach the canteen that he had just 15 minutes to ear.

He describes reaching home after a 10-hour shift too tired to do anything more than heat a microwave meal and blankly watch some TV.

By the end of the month he had gained a stone, despite walking 10 miles a day around the centre.

If the price of convenience is other people being made miserable then I need to reconsider whether that’s an acceptable price.

The death of the high street doesn’t help anyone

In many ways I am quite relaxed about the ‘death of the high street’. I think that shopping habits change and that it’s up to retailers to innovate to combat that.

Build A Bear is flourishing while Toys R Us went out of business, and that feels like a normal process of evolution. One evolved and offered experience and parties and other attractions, the other remained static and died off.

I’d like to see councils take greater interest in driving footfall with free parking, events and other attempts to bring people into town centres.

However, Amazon has evolved into the perfect predator. It does everything too well, too efficiently, too cheaply.

And it does it all; groceries, obscure books, toiletries, frames for mounting Lego Mini-Figures, toilet paper, dog accessories… It competes with pretty much every high street retailer except the tattooist.

I am comfortable with choosing one shop over another but I’m not so comfortable about choosing one retailer over all others. And that’s what Amazon is; it’s so good that it eats every high street shop.

That’s not something I can feel relaxed about.

Get rewarded for your shopping with these credit cards

It’s just too easy to spend

Those of you who’ve read my articles about saving more over 2018 will know that I’m making a real effort to spend less on non-essentials.

Amazon makes shopping far too easy. If I vaguely think it might be fun to own X, I can reach for my phone and make that purchase with two or three clicks. The item can be on my doorstep the following day.

That convenience is amazing when I suddenly realise I haven’t organised the costume my child needs to wear to school in two days’ time. Or when I need to send Christmas presents to my nieces in the north of Scotland.

But it’s lethal for my purse when it means that I can immediately buy anything I think I need – when if I didn’t have Amazon I’d have to wait until I could get to the shop. By that point I may have decided I don’t need it anyway.

I’m not even a particularly keen shopper yet it still adds up. Ditching Amazon and its seductive convenience is likely to save me some real cash.

Now read: The scam that makes you work for free

Of course, my individual decision is unlikely to affect Amazon that much. Its first-quarter sales this year were $51 billion, an increase of 43%.

But to the local retailer I turn to instead, my purchase has far more value. And because they pay business rates, higher taxes and employ more local people in what I consider to be more sustainable jobs, that purchase benefits my community far more.

It’s time to kick my Amazon habit for my own good and the wider good.

What do you think? Do you shop with Amazon? Do you intend to keep doing so? Have your say using the comments below.