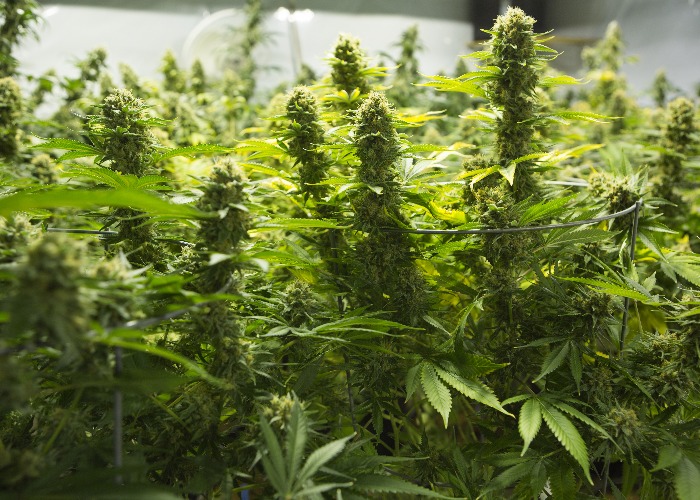 With the Government reviewing the use of medical marijuana, our writer says that the cannabis dividend from full legalisation could be a genuine boost to policing and tax coffers

Cannabis is a pretty hot topic at the moment.

The British public firmly supports the legalisation of medicinal cannabis products (when the Royal College of Nursing says it supports it, you know it’s not exactly controversial).

But evidence suggests many people are increasingly relaxed about the recreational use of the drug too – 53% of the public believe it should be legalised, according to research from the Transform Drug Policy Foundation (TDPF).

As Canada has voted to legalise recreational cannabis in the coming months and as former UK foreign secretary William Hague calls for legalisation and says the war on the drug has been “comprehensively and irreversibly lost”, I want to explain why I think Britain needs to legalise the drug.

Not only does it make ethical sense (I see no benefit in criminalising teenagers or filling the pockets of drug dealers) but it also makes economic sense. Britain would benefit hugely from a cannabis dividend.

Read more: how to legally invest in medical marijuana

We’re on shaky economic ground at the moment, for a variety of reasons. There’s insufficient public money to go around and NHS funding pledges have led the chancellor to warn there will be no way to provide additional spending for other departments.

But you know what legalising cannabis would provide? As much as £3.5 billion a year in tax revenues.

That number comes from Health Poverty Action, which is an international development organisation. It published a report this month arguing that a legal cannabis market in the UK could earn the Treasury somewhere between £1 billion and £3.5 billion a year in taxes.

The Guardian newspaper says that if the UK adopted the Colorado and Washington model, the Treasury could earn around £2.26 billion a year in tax revenues. Bear in mind that the NHS deficit for 2018 is an estimated £2 billion.

People are buying this drug anyway, at inflated prices that line the pockets of people involved in organised crime. Those people are often involved in human trafficking, weapons and violence – we need to strip this cash cow from them and give it to the public.

For me, this is an even more important financial argument than the tax issue. The police and courts are struggling under their workload in the UK.

A news report this month showed that just 5% of burglaries and robberies are being solved across the UK. Meanwhile, our legal system has been described as ‘in crisis’ and ‘at breaking point’ following years of austerity.

So why on earth are we spending so much time and money on cannabis? Domestic violence, child trafficking, corporate fraud – there’s an almost endless list of the crimes I would rather see the police have time for than catching teenagers for smoking pot.

Research published in 2017 by the Lib Dems, who are calling for the drug to be regulated rather than criminalised, suggests that one million hours of police time every year is spent policing the use of cannabis.

It analysed official figures to reveal that 87,247 police caseloads relating to cannabis were opened in 2015, with an average taxpayer cost of £2,256 each.

Then-MP and Home Affairs Select Committee member Julian Huppert argued: “The current approach is a disaster for young people, whose mental and physical health is being harmed by an increasingly potent product.

“There are no age checks and no controls on quality or strength. ‘Skunk’ is widespread and the only ID you need to buy it is a £20 note.

Now read: Are you savvier than other loveMONEY readers?

What about the risks?

For some people, cannabis is a risky drug. I understand that and I take it very seriously. Regular, heavy use of the drug has been linked to an increase in the risk of developing psychotic illnesses, although that is very rare.

It also comes with the side effects of smoking tobacco, which are well-documented. And, as I saw first-hand as a student, there’s a risk it simply saps the motivation from heavy users. There’s a good breakdown of all the risks over on the Frank website.

But lots of things have risks and we don’t make them illegal. Tobacco and alcohol are the obvious comparisons but, let’s face it, sugar comes with a great deal of risk and we’re only just starting to tax that as a harmful product. (Read more on the sugar tax here)

What’s more, if it was legal then the levels of THC (the part of the drug that causes the potential psychiatric issues) could be controlled and young people protected.

Overall, I believe that the good that will come from legalising this product outweighs the risk. When it is legal and regulated it can be better controlled – the more potent skunk varieties of the drug can be more clearly marked and more help can be provided for users.

Plus the police will have more time to spend solving more important crimes, the users won’t risk their entire employment future because of a stupid teenage drug conviction and the Treasury will have more money to spend on any negative health outcomes.

So there you have it. Legalising cannabis for recreational use makes absolute sense in terms of tax take, freeing up police time and budget, and common sense.

There’s a lot of debate about the so-called Brexit dividend but it is very clear to me that the cannabis dividend would be real and would improve lives in the UK. I hope we can follow Canada and free the weed.

What do you think? Is it time to legalise cannabis for both medicinal and recreational use? Have your say using the comments below.