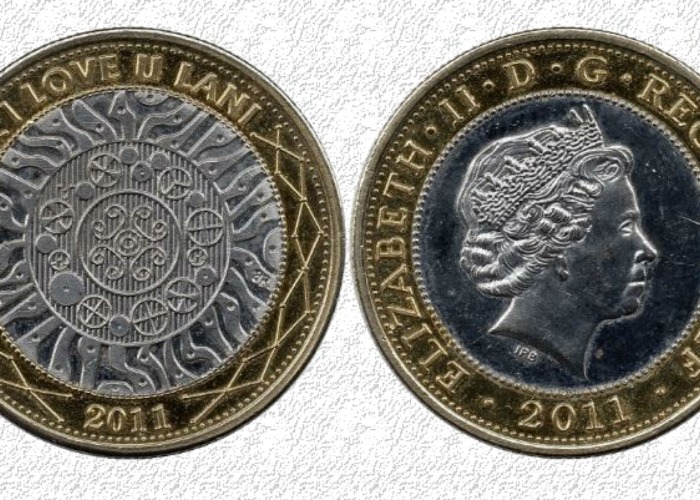 Fake £2 coins abound, particularly of rare collectors' favourites. Here’s how to tell the fakes from the real thing.

Although they haven’t attracted quite the same attention as the Kew Gardens 50p, for instance, rare £2 coins such as the Northern Ireland Commonwealth Games edition (pictured below) can fetch up to £30.

Other £2 coins such as the Mary Rose and the Britannia could also be worth slightly more than face value (read more about rare £2 coins here).

Unfortunately, where the collectors have gone the fakes have followed.

We’ve teamed up with the Fake Pound Coin Database to learn the tell-tale signs of a fake £2.

The edge of the coin

One of the easiest ways to spot a fake £2 is the edge of the coin.

£2 coins for the UK mainland should have an inscription on the edge of the coin.

Fakes – and coins for the Isle of Man, Jersey, Guernsey etc – are milled, with grooves like a 10p coin.

Matters are complicated, however, by the fact that some fakes do include lettering on the edges. This is why it’s worth noting the correct inscriptions of real £2 coins.

The Mary Rose, for example, has the words ‘Your Noblest Shippe 1511’, whilst the Britannia has the inscription ‘Quatour Maria Vindico’.

Have you got a valuable £1 coin in your pocket? Find out here.

Another giveaway of a fake £2 coin is a frosted design against a darker background.

Whilst the designs are very similar, it’s easy to spot the difference in colour between this real and fake Britannia coin:

Did you also notice that the fake Britannia had a different portrait?

Other fake coins are even less convincing, with the wrong metals being used in some cases (real coins do not rust):

Real £2 coins are never magnetic. However, some fakes are, because they contain iron and steel rather than the copper, zinc and nickel used by the Royal Mint.

Even if a coin looks convincing, what it’s made of matters because it determines whether vending machines will accept these coins.

Whereas real £2 coins have two different parts, the inner circle and outer ring, made of different alloys, fakes often just have different plating over the same material.

When you’re searching for edge inscriptions, dodgy frosting et al, it can be easy to miss the biggest clue of all:

Whilst it’s tempting to imagine this coin as the work of a lovesick Royal Mint employee, the truth is that’s it’s a fake – albeit one that’s very rare.

If your £2 coin turns out to be a fake, then remember it’s illegal to use it or sell it on; unfortunately, there’s very little you can do about fakes, which is why it’s so important to check coins first.