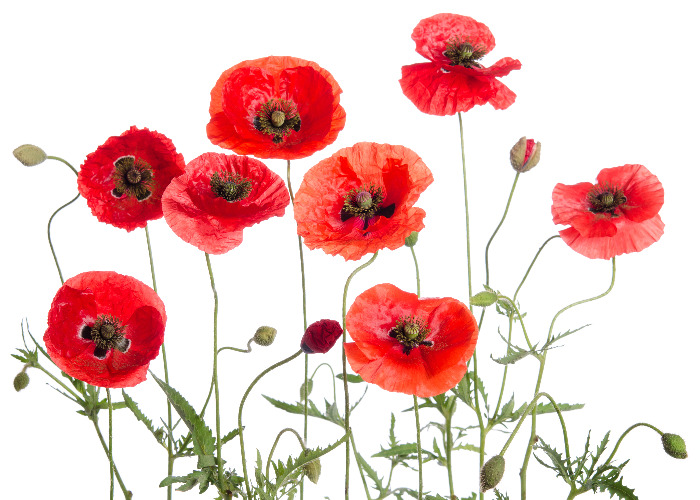 Coventry Building society has launched two savings products to raise money for the Royal British Legion. But could you earn a better rate while still donating at least as much to this charity?

Coventry Building Society has launched its 2020 Poppy Bond and Fixed Cash ISA, which aim to reward savers with a competitive rate while also donating to the Royal British Legion.

Both the traditional fixed-rate bond and the fixed Cash ISA pay a rate of 0.85% and you can deposit anything from £1.

As in recent years, the building society is promising to make a donation worth 0.15% of your total deposit to the Royal Legion charity.

The Poppy Bond is always a popular account and tends to close within weeks of launching.

So, is it worth going for this year?

As there are two products, we'll start by looking at the traditional three-year Poppy Bond.

Of course, it's not the only savings rate to be slashed in recent months after the Bank of England slashed the Base Rate to a record low of 0.1% during the early days of the pandemic.

So while the rate is now far lower, let's see how competitive the Poppy Bond is in today's market.

As you can see, the 0.85% rate on offer from Coventry Building Society can be comfortably beaten by Al Rayan Bank, which pays 0.57% more over the same term.

However, Al Rayan offering is a Shariah Bond, which works slightly differently (as we explain in our Islamic finance guide).

If you want a traditional savings account, you're looking at a top rate of 1.4% from UBL. That's still enough to donate at least the same amount as Coventry's bond (0.15%) and come out ahead, but not by much.

You may recall that the Poppy Bond can be opened from as little as £1 and here the best equivalent rate is 1.14% from Oaknorth.

However, if you do have a small savings pot, you could instead earn up to 2% with a £1 deposit using a top current account, although admittedly the rate falls to just 0.25% after a year so you'd need to switch again to another top-paying current account at that point.

In conclusion, even once you factor in the 0.15% bonus to the Royal British Legion, you'll see that Coventry's Poppy Bond is still a way off the best rates around.

As for Coventry's fixed-rate Poppy ISA, this is definitely more competitive. In fact, it's the outright best for those with small deposits.

Take a look at the top three-year ISAs below.

Once you factor in the 0.15% donated to the British Legion, the Poppy ISA is only 0.1% off the market leader and has a far more manageable minimum deposit than most rivals.

If you do have a small deposit, then Coventry's rate of 0.85% actually beats the next best account (0.75% from Virgin) even before you factor in the charity donation.

So if you've used up your Personal Savings Allowance or simply want to top up your ISA contributions, you could be onto a winner with Coventry.

It's a good deed... but you could do better

When we've written about the Poppy account in recent years, we've come in for criticism from some quarters for not always raving about it.

Investing in the Poppy Bond certainly counts as a good deed, but it's not always been the best option for you (or the charity of your choice).

That could still be the case with the Bond in 2020 (depending on how much you want to save and whether you're happy with Shariah Bonds), but we're delighted to see the ISA being truly competitive.

Savers need to work hard to chase the very best returns to protect their cash from inflation, which currently stands at 0.7%.

If the Poppy Bond ticks all the boxes for you then that's great.

If, however, you find an account that allows you to earn a better rate while still donating at least as much to charity (here's a link to the Royal British Legion donation page), then we think that's certainly worth flagging up.

One final thought on the Poppy Bond: it's certainly handy to have the money automatically donated to charity rather than having to do so yourself if you choose a better-paying account.

It all comes down to personal choice.

Will you be taking out one of the new Poppy products? Have you previously done so? Let us know your thoughts in the comments section below.

Lifetime ISA: what it is and how it works

NS&I Premium Bonds: how to buy, cash in, claim lost prizes and more