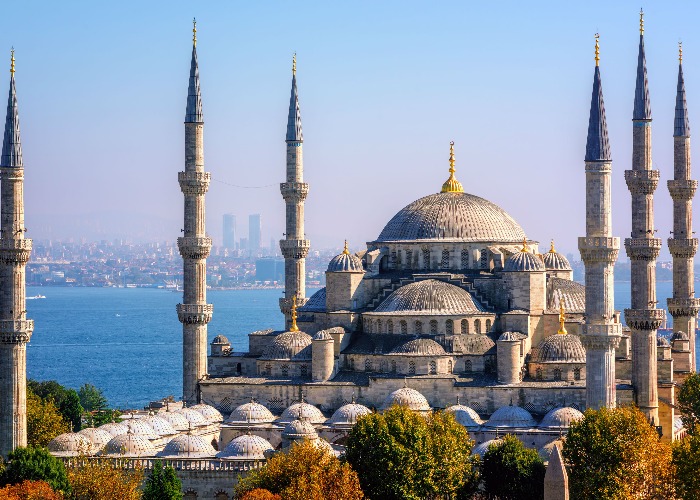 The top savings rates are increasingly found at Islamic and Shariah-compliant banks. Because they are slightly different to traditional savings products, we explain exactly how they work.

When you’re looking for top savings rates, you inevitably must go beyond the high street.

Savvy savers are increasingly encountering unfamiliar names at the top of the charts such as Al Rayan Bank; the Bank of London and the Middle East and Milestone Savings.

All these banks operate under Islamic, otherwise known as Shariah-compliant, banking principles.

The experience of using these banks can be relatively similar to a normal bank or building society, but it’s important to understand the Islamic approach to finance and its ethical implications.

In this article, we run through the key points with help from Charles Haresnape, CEO of Shariah-compliant challenger bank Gatehouse Bank, which owns Milestone Savings.

Why would I want to get these accounts?

At the time of writing, Shariah-compliant banks featured in the top three highest-paying options for one-year, three-year, four-year and seven-year savings bonds.

With inflation currently running at 2.5%, beaten only by the longest-running bonds, it’s important you choose the highest paying home for your savings, given your chosen timeframe.

Do you need to be a Muslim to get these accounts?

Absolutely not. Gatehouse Bank estimates 70% of its customers are non-Muslim.

None of the banks listed here restrict access by religion and in fact such discrimination is illegal in the UK.

Are these banks based in the Middle East?

The banks mentioned in this article are incorporated, registered and regulated in the UK.

However, all have ownership links with the Middle East.

Al Rayan Bank’s majority shareholder MAR is based in Qatar whilst the Bank of London and the Middle East is listed on the Dubai NASDAQ stock exchange. One of Gatehouse Bank’s two owners is based in Kuwait.

What is an expected profit rate?

Rather than quote a level of interest, shariah-compliant banks will quote an ‘expected profit rate’.

This is because Islam teaches that money has no intrinsic value and so you cannot charge or earn interest on it.

Instead, the money has to be “put to work”, as Gatehouse’s Haresnape puts it, and you get a share of the profit.

Furthermore, all three banks have clauses that allow customers to withdraw their money early, even from fixed-rate deposits, should the bank have to change the expected profit rate.

Again it’s important to emphasise these banks have never failed to pay the expected profit rate.

Are these banks FSCS protected?

The banks in this article are all covered by the FSCS full £85,000 protection.

All of these banks have their own separate licence, so each can protect your funds up to the maximum limit unlike, say, first direct and HSBC.

FSCS protection also means that even if a bank’s expected profit rate collapsed you would never lose money.

Where is my money invested?

Islam prohibits these banks from investing in certain industries.

Gatehouse, for example, will not invest in gambling, alcohol, tobacco or arms manufacturing.

Other banks have similar policies, including prohibiting investment in pornography, derivative and fixed income instruments and any commodity which is not backed by a tangible asset.

Given that the expected profit rate on these accounts is effectively stable, you shouldn’t be too worried about these banks cutting out certain asset classes from their portfolio.

Are these banks ethical?

Unlike most UK banks, shariah-compliant banks claim to have an advantage in that, Haresnape explains, “we can guarantee what we won’t be using the money for”.

Cutting out alcohol, gambling and arms may appeal to some ethical investors – however, these banks aren’t prohibited from investing in commodities, which can contribute to climate change, for example.

For stricter investment criteria you should look at a range of avowedly ethical providers including Triodos Bank, which also offers a current account, the Charity Bank or Ecology Building Society.

Be warned, however, that the interest rates on savings accounts from these providers are relatively poor.

If you’re looking for a compromise between earning interest and ethical investing, then Shariah-compliant banks may be a good option.

You can compare savings accounts here.