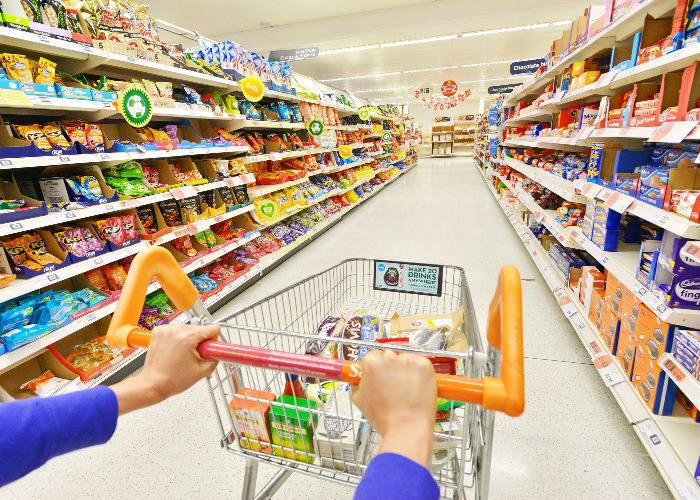 Supermarket giant says coupons can be used until June

Tesco has ramped up the supermarket price war after it announced shoppers can use outgoing Sainsbury’s Brand Match coupons in its stores.

Sainsbury’s is set to scrap its own discounting scheme from Wednesday 27 April. However, Tesco UK and ROI chief executive Matt Davies says shoppers will be able to spend any unused coupons with them until June. “This is a little help for Sainsbury's customers from us at Tesco," he adds.

Sainsbury's says it will replace its Brand Match scheme, which launched in 2011, with lower regular prices on "products that matter most" to its shoppers.

It has pledged to invest in driving down the price of regularly-purchased products like chicken, bread, fresh produce and household cleaning items, rather than the Brand Match scheme which provides money off vouchers if shoppers could have bought branded goods cheaper at Asda.

Sainsbury’s says it’s making the move after it found the majority of its customers said they would prefer lower regular prices and because a shift in shopping habits means less people qualify for the scheme.

Sainsbury’ Brand Match promises to beat Asda on the cost of branded items.

If the total cost of comparable branded goods in a basket would have been cheaper at Asda, shoppers get a voucher for the difference to use on their next Sainsbury’s shop.

In order to qualify, shoppers have to buy 10 or more products, including at least one comparable branded item.

However, Sainsbury’s says that over the last year the majority of qualifying branded shops have been the same price or cheaper than Asda and because of a shift in shopping habits the scheme applies to less than a fifth of transactions (16%).

Shoppers now tend to buy little and often, picking up a few key items, rather than getting a big weekly shop, it says. That means fewer baskets contain the 10 items needed to qualify for the scheme.

What it means for your money

So if you're a regular Sainsbury’s shopper and tend to pick up a lot of branded items, you may find you lose out under the changes after this time.

However, Sainsbury’s says it will continue to monitor the prices of its branded products to ensure they remain competitive.

This is the latest change in strategy for Sainsbury’s as it moves away from complex promotions in favour of regular lower prices.

Earlier this year the supermarket said it would phase out multi-buy deals by August. Read: Supermarkets rush to drop rip-off 'special offers' as research reveals they make us overspend by £1,300 a year.

The big four supermarkets - Sainsbury’s, Asda, Tesco and Morrisons - have been trying to fight off competition from cheaper rivals Aldi and Lidl for some time now. This has led to the price of groceries becoming the focus in the battle to attract shoppers, which has led to many of the big names dropping the gimmicks.

Sainsbury’s is the latest major supermarket to ditch its price matching scheme and opt for lower all round prices.

Morrisons dropped the price matching part of its Match & More scheme, which compared prices against not only Asda, Sainsbury’s and Tesco but Aldi and Lidl, in November 2015, just a year after it launched. It now offers a simple scheme where you can earn loyalty points in exchange for vouchers.

Around the same time Tesco overhauled its Price Promise scheme which compared the cost of comparable own-label and branded goods in a basket with rivals and gave a voucher for the difference of up to £10.Tesco replaced it with the Brand Guarantee, which compares the cost of branded groceries against what it would have cost to purchase the same item at Asda, Morrisons and Sainsbury’s. Instead of a voucher for the difference, shoppers now get the difference automatically deducted from their bill.

Asda is the only supermarket that hasn’t made any changes to its price match scheme. The Asda Price Guarantee, which promises if Asda is not 10% cheaper than Morrisons, Sainsbury’s, Tesco and Waitrose, it will give you a voucher for the difference.

How to save on your supermarket shopping

Signing up to a supermarket loyalty scheme will help you earn points as you spend and get money off vouchers for your next shop. Read: The top loyalty schemes for shoppers.

A cashback credit card can also help you save, as you can get money back when you shop.

The Santander 123 Credit Card for example pays 1% cashback on supermarket spends, 2% on department store shopping and 3% for travel spending. However, it attracts a £3 monthly fee.

A reward credit card could also help you boost the points you collect for supermarket loyalty schemes.

The Sainsbury’s Nectar Dual Credit Card offers 21 months 0% on purchases and balance transfers (with a 3%) fee and allows you to earn four points for every £1 spent at Sainsbury’s in the first three months, dropping to two points per £1 thereafter.

Aldi: shopping hacks to save you even more

Lidl: the shopping hacks and deals that will save you even more money