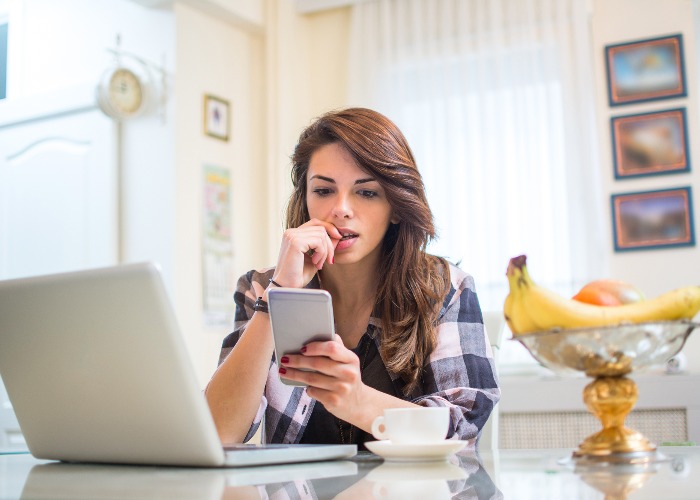 A loveMONEY reader who was targeted by scammers reveals how they tricked her out of over £20,000 after they claimed there was fraudulent activity on her account.

As I have been helping loveMONEY readers reclaim their money after getting scammed this year, I've noticed certain scams are popular with fraudsters.

For example, they often pose as HMRC or clone a legitimate firm and offer an investment that simply doesn’t exist at rates that are too good to be true.

I recently talked to a loveMONEY reader who was affected by an elaborate scam I haven’t encountered before and will reveal how you can stay safe.

‘I tried to stop unauthorised transfers but still lost £8,000’

In September, Mia (her name has been changed to retain anonymity) received a text allegedly from Barclays claiming that there had been fraudulent activity on her account as someone spent hundreds of pounds online.

She was asked to confirm whether she was responsible for these transactions, which she denied via text – prompting someone allegedly from Barclays to call her.

When they called, she checked the number on the back of her bank card, which matched. Unfortunately, this number was spoofed to make the fraudsters appear legitimate.

The scammers, who knew both her account number and sort code, said the transactions were reversed.

Mia was then asked to confirm new loans that had been taken out with Barclays, which she denied.

As she was actually moving home on the day she was called, she was understandably stressed but confirmed no correspondence was received regarding these loans.

It’s worth highlighting that the scammers also knew her new home address, and she remains unsure how they got hold of this information.

The scammers were also able to confirm recent transactions and asked the standard questions that Barclays would ask to confirm her identity.

She was also advised to avoid using her Barclays bank account so they could investigate.

She was told to expect a new debit card a few days later and was given a fake case number. 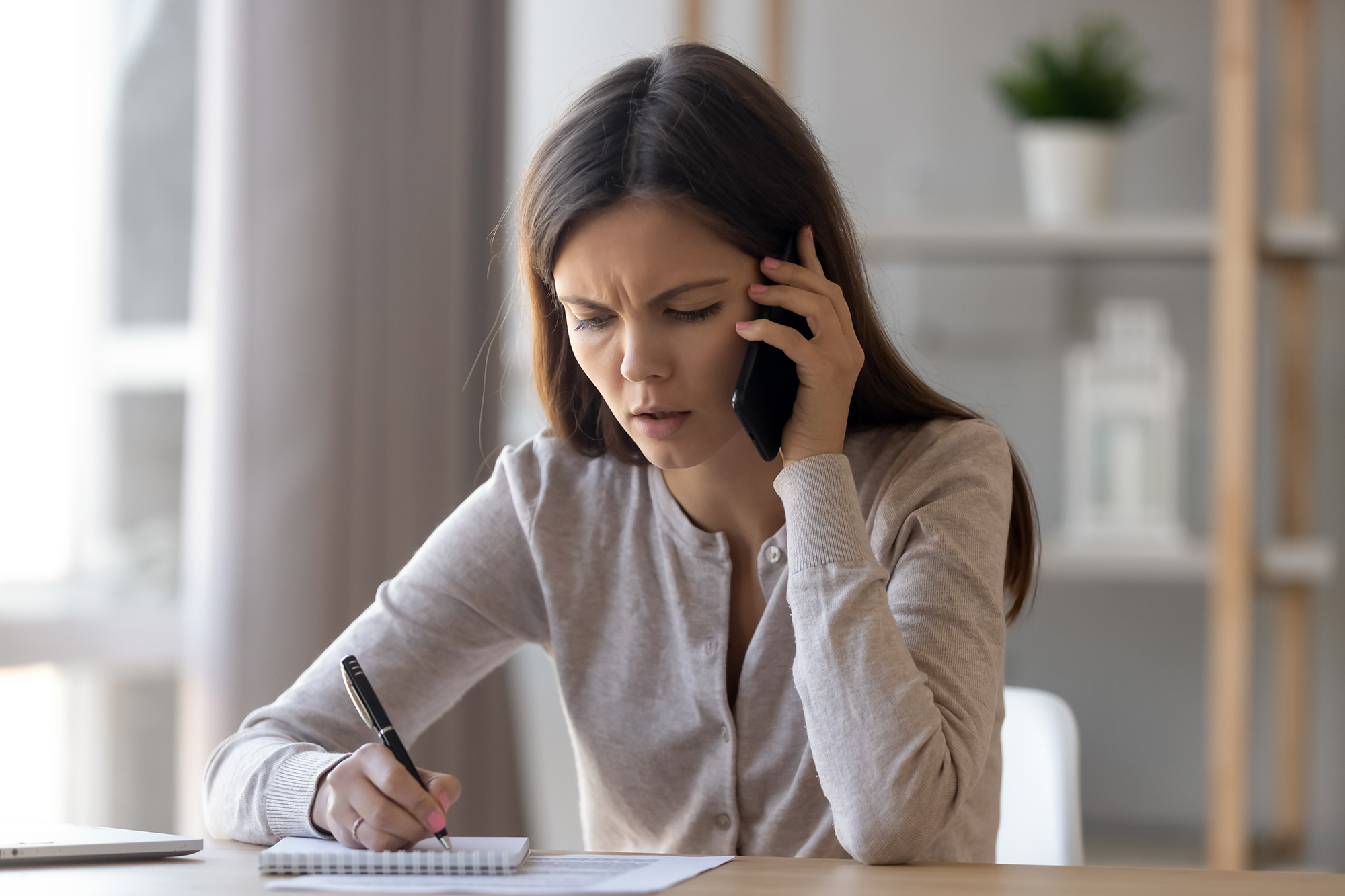 ‘Send back the money’

The scammers also knew that she had a Monzo current account.

Mia received a text from the criminals claiming that a loan would be paid from Barclays to her Monzo account. The money, which actually arrived in her account, had a reference of ‘loan.’

“They told me that I had to send the funds back to them so I wouldn’t be responsible for repayment and it wouldn’t go against my credit,” said Mia.

What Mia didn’t know was that her Barclays account had been accessed by the scammers and they were using her existing payee details for Monzo to send her money from that account to her before she sent it on to them.

She believes that the scammers did this as they didn’t have the Barclay’s PINsentry device, which they could have used to add new payees and simply send the money straight to themselves.

Unfortunately, as Mia didn’t receive any push notifications from Barclays and because the scammers had told her not to access her account due to the alleged investigation, she didn’t realise what was going on.

Mia attempted to resend the loan of £2,500 repeatedly over two days, to another account controlled by the scammers.

However, the scammers had claimed there were major technical issues and that the transaction kept failing.

Actually, the scammers were transferring money from Mia’s Barclays account to her Monzo account every time she sent the funds to make it look like the amount was returned, which they were able to do as she informed them before making the transfer.

Monzo showed that the money was transferred, but because her account balance returned to normal each time she assumed the payment didn't happen (even though it did).

“I’d send it, then it would get ‘returned’ to me – when in reality they kept transferring that same amount from my Barclays account,” she commented.

“Within five seconds of me transferring the money, I’d see it back in my account.

“I was completely blindsided when I found out it was not legitimate and even now cannot believe how well planned the whole thing was.”

The scammers claimed the conversation would be transcribed and sent to her, and that both of her bank accounts would have the balances restored, so she wouldn’t be responsible for the loans.

They also claimed she needed to go into a Barclays branch to confirm her identity, and even confirmed a fake appointment on her behalf.

When Mia got in touch with Barclays to confirm she could access her account and provided the (fake) reference number, they said her account had been emptied.

Her account was frozen, and according to Mia, she was told to call Barclays back in two hours about the scam as the systems were down at that time.

Barclays initially reimbursed £4,095 but then failed to get in touch with Mia, who contacted loveMONEY for help.

Legitimate companies would never ask you to move money due to fraud or a refund you are due. Before taking any action complete extra checks and phone back on a genuine, trusted number. For more on staying safe and avoiding fraud, visit https://t.co/nylW2u41yd pic.twitter.com/sfNi9UfwAs

How did Barclays respond?

When I contacted Barclays, I explained what happened and stressed the amount of personal information the scammers had on Mia – and she had no idea how they got hold of this information.

Barclays also didn’t contact Mia during the scam despite several huge chunks of money leaving her account in a short amount of time.

While this money was going to another account owned by Mia, it was highly unusual.

“We have every sympathy with our customer, who was the unfortunate victim of a very sophisticated and targeted attack,” said a spokesperson for Barclays.

“Having investigated the matter, we can confirm we have provided our customer with a refund, returning the account back to the position it should have been in before the event.

“We take the protection of customer funds and data extremely seriously.

"We’d urge customers to remain vigilant when sharing personal details or being asked to transfer money.

“Your bank will never ask for your sensitive account information or ask you to move money to a different account.”

Mia was reimbursed £20,000 by Barclays after the bank finished investigating her case.

When I contacted Monzo about the case, they said it was the responsibility of the bank where the initial account takeover took place to reimburse any lost funds, which is why Barclays reimbursed Mia.

Following the scam, Mia says it's vital that those who have been targeted by scammers are open to support.

“It is a traumatic experience that can make you feel lots of negative emotions, but ultimately we need to take care of our minds in order to take the right steps and act on what has happened,” commented Mia.

“This was one of the most difficult things I've had to deal with in a long time.”

After Mia was reimbursed, she donated £100 to both the RSPCA and The Stephen Lawrence Charitable Trust as thanks for my help.

It’s always worth remembering that banks will never ask you to move money into a different account.

So, if you receive a call out of the blue – even if the number matches the bank you use, and they have personal information about your account – it’s best to hang up the phone.

You should leave the line disconnected for at least 10 minutes (sometimes scammers will stay on the line), find the official number and call the bank to ask whether anything unusual is happening with your account.

It’s recommended that you call rather than email your bank, as emails can sometimes be intercepted.

The bank will confirm whether anything is wrong or warn you if they think it as a scam.

It also might be worth setting up notifications with your bank so you’re alerted when any money leaves your account, so if you notice unusual activity, you can contact them straight away.

Have you been scammed, or feel a company has treated you unfairly? Contact the loveMONEY team at uknews@lovemoney.com. We may be able to help resolve your issue.