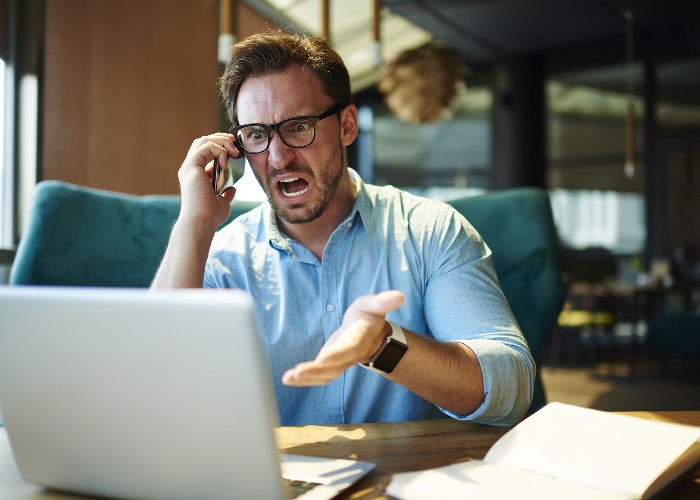 We reveal how you can complain to the Financial Ombudsman Service, the compensation limits and how to appeal if you disagree with the decision.

At some point in your life, you’ll probably take out some kind of financial product or service such as a bank account, credit card or home insurance.

But what happens if you have a complaint about a financial product or service and the company you took it out with won’t resolve the issue?

That’s where the Financial Ombudsman Service (FOS) comes in.

We reveal what the FOS is, how it can help resolve disputes and even get you compensation – if you’re entitled to it.

Britain’s 4 most-hated services: how to complain and win

What is the FOS?

The FOS is an independent body established by Parliament in 2001 to settle disputes between UK-based financial companies and their customers.

If you’ve got a complaint about a product or service, you need to contact the company in question first.

If it is unable to provide a suitable resolution to the issue, you can take your complaint to the FOS. The FOS will look at the complaint from the perspective of both the customer and company before providing advice.

For example, they can find out whether the complaint was the result of a misunderstanding and then make a decision, such as ordering compensation, based on the facts provided.

The service is free and the FOS provides advice on all financial matters, including mortgages, insurance and credit cards – as long as the company is overseen by The Financial Conduct Authority (FCA).

Using the Ombudsman is generally cheaper than going through the courts to get a resolution.

Not only does it take into consideration the law of the land, but it also ensures that financial companies have followed certain regulations, which state they must ‘treat customers fairly’.

While there is no guarantee that you will win because you have got the FOS involved in your case, every year thousands of people do get a positive outcome with their help.

How to claim compensation for mis-sold packaged bank accounts

Complain to the company first

While the FOS will deal with complaints where consumers and customers have failed to reconcile, you shouldn’t use them as a first port of call.

The first step when you have a problem with a financial product or service is to complain to the company in question.

The company has eight weeks to respond to the complaint. If it fails to respond or sends you a letter rejecting your complaint (also known as a letter of deadlock), you can then take the matter to the FOS.

It’s worth noting that once you inform a company you’re planning on involving the FOS, you may find they are more willing to pay you what you think you are owed, rather than going through an investigation.

If you have no luck with your financial service provider, then it’s time to escalate your complaint to the FOS, which is a relatively simple process.

You need to fill out a complaints form, which you can find on the FOS website. You can fill it out online or print it off and post it with any relevant information, correspondence or documents.

A case worker will usually be assigned and start investigating the complaint. If they rule in your favour, they have the power to ask the company in question to pay compensation.

The amount you can get depends on when the case was brought to the FOS.

You can get up to:

In reality, most cases involve a significantly smaller amount of compensation than the limits detailed above.

How long does it take?

Most complaints submitted to the FOS are resolved within a couple of months of submission, but some may be settled faster than this.

On the flip side, some cases can take a lot longer as they are more complex.

Can you ‘back-date’ a complaint?

There a number of rules about deadlines for making complaints via the FOS.

You need to contact the FOS within six months of your last contact with the firm you’re complaining about, but you can also get in touch within six years of your problem happening.

If the company mentions the right to refer your complaint to the FOS within six months, you have to stick to that timeline.

But if they don’t mention this limit, you can still complain after six months.

You can also make your complaint within three years from the time you knew that you could make a complaint.

What if you don’t agree with the outcome?

While thousands of people each year win cases adjudicated by the FOS, not all complaints have a favourable outcome for the consumer.

If you or the company you are complaining about disagree with the outcome, an appeal can be requested. In this instance, the case will be reviewed again by a FOS ombudsman, rather than a caseworker.

Once the complaint has been reviewed again, the decision of the ombudsman is final and no other ombudsman, no matter how senior, can overturn it.

If the matter is still in dispute after this second round of reviewing, it can then be taken to court.

But bear in mind that any court action could prove costly and there is no guarantee that you will win.