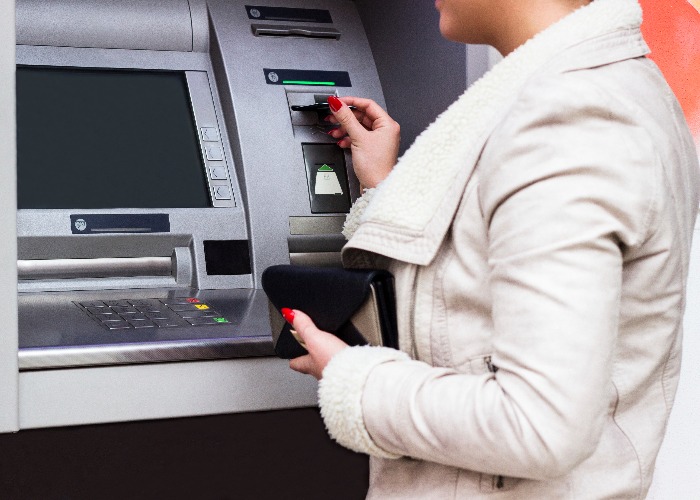 Moving to a cashless society has obvious benefits, but it will also create huge problems for sections of society.

That's partly because there are so many alternatives now. We pay with transfers, with cards, with contactless cards, with our phones.

Earlier this year, the banking and finance industry trade body UK Finance revealed that £13.2 billion in payments were made by cards in 2017, compared to £13.1 billion with cash. That’s the first time a payment method had overtaken cash and it happened a year before predicted.

In fact, 10.8 million British people now consider themselves virtually cashless, according to a study released by price comparison site GoCompare.

It found that 21% of UK adults no longer pay for small transactions with cash and 59% of people predict they will be cashless by 2025.

Now read: what splitting up means for your money

While that may sound like a convincing majority, 41% said they don’t believe we will ever be able to do without coins and notes entirely.

“Now we are seeing contactless payments edge ahead of cash. Almost 11m people already think of themselves as ‘cashless’, while many more can now imagine their own cashless future.”

If that’s not enough to convince you, research published by the website money.co.uk and the London Metropolitan University recently showed exactly what is on the coins and notes we use and pass around.

The life-threatening airborne bacteria Listeria was also found. You can read more about what's lurking on your notes in this article.

Hannah Maundrell, editor in chief of money.co.uk, said: “We were really shocked when the results revealed two of the world's most dangerous bacteria were on the money we tested.

“We thought the new polymer notes would be cleaner but were stunned to find out even they were growing some life-threatening bugs.

These findings could reinforce the argument for moving towards a cashless society and might be the nail in the coffin for our filthy coppers.

“I suspect people may think twice before choosing to pay with cash knowing they could be handed back change laced with superbugs.

“We’d recommend and remind people to wash their hands thoroughly after handling money to help prevent spreading these harmful bacteria.”

Of course, not sharing superbugs would not be the only benefit of switching to a cashless system. In a cashless society, all payments would have an electronic trail.

It would be harder to avoid paying tax on income, harder to deal drugs and hide the proceeds, and easier for customers to prove they had made purchases when things went wrong but they had no receipt.

But cashless isn’t necessarily better for everyone.

The problems of cashlessness

Some people would be hit hard by a move to a cashless society. A study from Which? released earlier this month found that the poorest in society are most dependent on hard cash rather than cashless alternatives.

It showed that more than three-quarters of consumers in the two lowest household income groups rely on cash the most and are also the least likely to use card payments.

And older generations are also at risk, with four out of five retirees using cash at least two to three times a week.

We might not be a cashless society yet but as more people move towards card payments and other technology, some risk being left out of pocket as a result.

Gareth Shaw, money spokesperson at Which?, said: “Widespread ATM and branch closures are threatening to leave behind the millions who still rely on cash and our research highlights lower-income families and older generations will be among the worst hit.

“Clearly, LINK’s commitment to protect access to cash in vulnerable communities is failing. It is critical the regulator now intervenes to ensure consumers are not at risk of financial exclusion.

"The Government must give the Payment Systems Regulator additional powers to effectively protect access to cash.”

And it’s not just those people who rely on cash daily who might struggle in a cashless world. The survey found that 54% of people said they were worried about the increased scope for scams with credit and debit cards.

Following the recent IT issues at some of the big banks, 46% said they were worried about the reliability of electronic payment systems.

Will going cashless make us poorer?

There’s some concern that going cashless could even put at risk our ability to budget.

Frost adds: “While the contactless revolution is being driven by the genuine sense of convenience experienced by shoppers, there is plenty of evidence to suggest that there is also a dangerous disassociation between electronic payment methods and spending ‘real money’.

“Our study reports that 17% of contactless users admit to losing track of spending and 13% saying they are worried it encourages them to spend more than they should.”

So going cashless has its benefits but it also has drawbacks. We’re a long way off a completely cashless society but perhaps it’s time to genuinely consider whether we want to be or not, to avoid simply drifting into a cashless world.

Now read: why you should delete your smartphone investing app right now

What do you think? Is going cashless better? Would you miss paper money and coins? Have your say using the comments below.