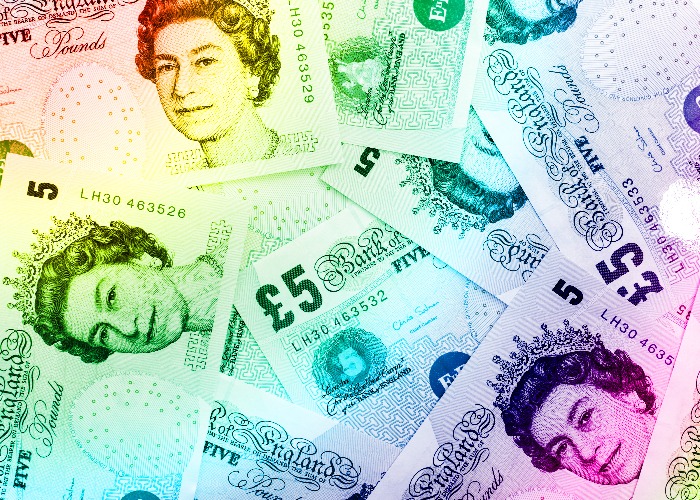 As new research suggests that the £5 note is the dirtiest, gathering 153,000 bacteria over five years of circulation, we look at exactly what horrible things are lurking on our money.

Did you know there are more germs on a £1 coin than a toilet seat?

While the use of cash has been declining due to COVID-19, cash transactions in the UK still make up 12.4% of shopper spend according to Merchant Machine.

Coins aren’t the only issue: scientists have found the average UK banknote is home to 26,000 types of bacteria, including E. coli, making ours some of the dirtiest in Europe, according to research by MasterCard.

A separate study by Mass Spec Analytical found traces of various drugs on banknotes within weeks of entering circulation, with a staggering 99% in London testing positive for cocaine.

Now, new research by Merchant Machine, which looks at the movement of cash, has revealed the average number of bacteria and different types that can be found on banknotes.

According to the research, the £5 banknote is the dirtiest with an average of 50.9 number of transactions, gathering almost 153,000 bacteria over five years of circulation.

Four different kinds of harmful bacteria were found on the £5 note, including coliforms and listeria (which can be found in human and animal waste).

The average £10 banknote is spent 10.5 times over a five-year lifespan, attracting an average of 330 potentially harmful bacteria, including listeria and staphylococcus aureus ­– ­the latter of which is antibiotic-resistant.

The research also revealed that £20 and £50 banknotes have a longer lifespan of 20 years and touched an average of 10 and four hands, respectively.

Bacillus pumilus was found on both notes. It's a type of bacteria found mainly in soil and is particularly dangerous for children and can cause skin infections.

Professor Frank Vriesekoop, who led the research, explained that plastic kills off bacteria quicker than other materials.

"We found that bacteria found on human hands are less capable of sticking to plastic banknotes compared to the old cotton-based UK pound notes; the linen-cotton mix based American dollar notes, and the washi paper-based Japanese Yen notes," said Vriesekoop.

"In addition, bacteria found on human hands die off faster when on plastic banknotes.”

The team also tested coins and found, although coins do carry bacteria, ‘many coins are actually toxic to bacteria’, according to Vriesekoop.

But bacteria can actually adapt to toxic environments, he added.

The jury's out on whether or not money makes us happier, but one thing’s for certain – it’s very dirty, although this doesn’t seem to change the way we handle it.

A Europe-wide MasterCard study found two-thirds of people think touching or using money is unhygienic, but only one in five wash their hands after coming into contact with it.

More than 9,000 shoppers from 12 countries were surveyed, and although handrails on public transport and nuts in a pub were found to be more hygienic, it appears we can’t seem to break the habit.