Rates on annuities have bounced back to levels unseen since 2014. So are they a viable option for your retirement income, or are they simply destined to disappear for good?

The big losers from the pension freedom plans, announced by George Osborne when he was Chancellor of the Exchequer (remember that?), were annuities.

An annuity basically allows you to turn your pension pot into an income for life (learn more about them here), but they had been heavily criticised in the years leading up to the launch of the freedoms as offering poor value for money.

By giving pensioners greater freedom over exactly how their money is managed, and removing the requirement to purchase an annuity, annuities had been dealt a severe blow.

This was then added to by the Brexit vote, which caused the rates on offer from these products to crash to new lows.

However, the fortunes for annuities may be on the rise once again, with annuity rates now at the highest level seen in eight years.

Analysis by Hargreaves Lansdown has shown that someone with a £100,000 pension pot could turn that into an annual income of £5,940 through an annuity. The last time this return was so high was back in August 2014.

To put that into context in the aftermath of the Brexit vote the returns on offer meant that the same-sized pot would only deliver an annual return of £4,495.

What’s more, annuity rates are expected to increase further in the months ahead, with more base rate increases expected.

A lack of competition

One particularly interesting development since the Brexit vote has been the mass evacuation from the market of annuity providers.

Indeed, there are now just a handful of providers active in the sector, a fraction of what we saw in previous years.

Ordinarily, a lack of competitors would be seen as a concern, as this could mean buyers end up with a poorer range of choice.

Yet the opposite seems to be happening with annuities, with the competition between those firms that have stuck it out evidently strong enough that rates are being pushed up again.

Protecting against an empty pot 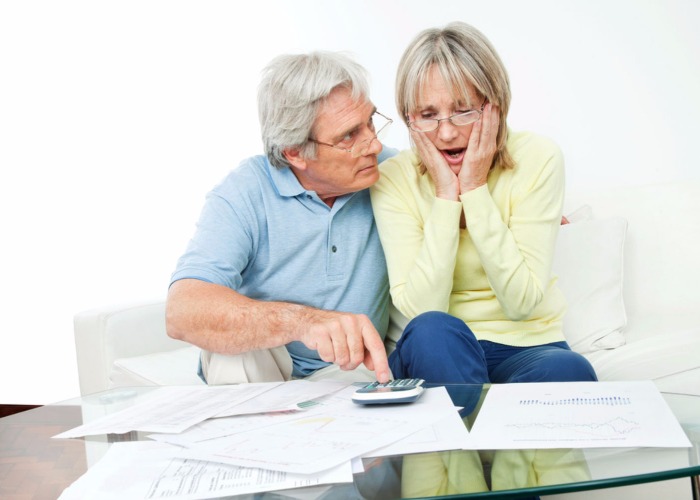 It’s not just the improving rates on offer that should have more retirees looking seriously at annuities again.

There’s also the fact that annuities offer real protection against the danger of emptying your pension pot long before you die.

A study last year by LCP found that retirees who withdraw 5% of their pension pot in income every year have a 40% chance of running out of money in their late 80s, while back in 2020 the same pension would have only had a 12% chance of running dry.

The growing popularity of the pension freedoms and keeping your pot invested means that we no have far more responsibility in working out how much of our pension to withdraw and when.

And by getting those decisions wrong, there is a real risk that in the final years of our retirement, we don’t have a penny to call our own.

The dangers here aren’t just down to us getting a bit too eager with the withdrawals.

There is also market volatility to consider. It’s all too easy to withdraw the same amounts month after month, irrespective of how the stock market is performing.

Previous studies have shown that significant numbers of older people aren’t making use of financial advice or guidance when deciding how to withdraw cash from their pots.

Therefore, there's a real risk that by failing to adjust as the market moves, carrying on regardless with your withdrawal habits, you end up wiping out that hard-earned pension pot long before you pass away.

One of the big criticisms of annuities, as pointed out by Hargreaves Lansdown, is that they offer very little flexibility. Once you purchase one, that’s it ‒ if rates rise in future, then that’s just tough luck.

While this is true, it’s often overlooked that annuities do not have to be an all-or-nothing affair. You aren’t required to cash all of your pot into an annuity.

Instead, you can annuitise in stages, cashing in a portion at a time.

That way you benefit from the guaranteed income offered by an annuity, but you can attempt to time the market a little, and potentially enjoy a better return overall.

Of course, this only matters if savers are actually open to considering including an annuity as at least part of their retirement plan.

Annuity providers have suggested that demand this year has been on the rise. Canada Life suggested there may be pent-up demand, due to people postponing retirement due to the pandemic, working from home and the furlough scheme.

The security of a lifetime income in times as uncertain as these is also a powerful draw.

A retirement income plan doesn’t have to start and end with annuities, but they will continue to play a role for many of us when the time comes, faults and all.

Read more about your options in this guide to drawing an income once in retirement.

Would you take out an annuity at today's rates? Are they now redundant given the pension freedoms? Share your thoughts in the comments section below.