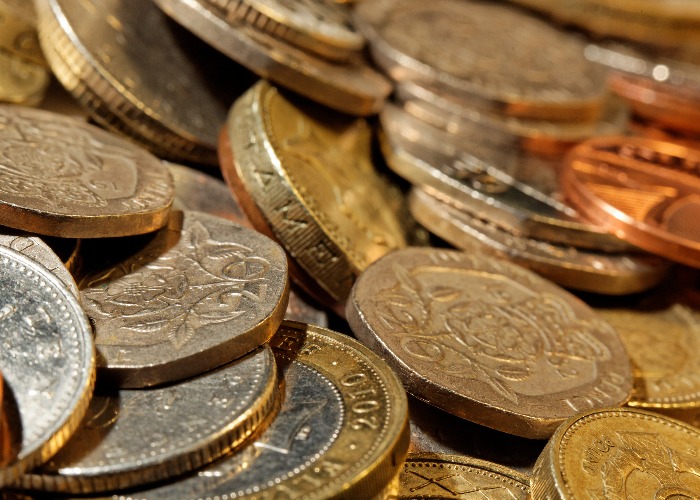 Brits are once again being urged to check their pockets in case they own a rare and valuable coin that's apparently worth thousands of pounds.

The latest example involves a Samuel Johnson 50p coin, which is currently on sale on auction sites for as much as £3,500.

And this is simply the latest example: almost every month there’s a new article in the press telling you to check your change in case you have a rare coin or note worth a small fortune.

Sometimes we’re told to look at notes for specific print runs or to watch out for certain designs on coins that collectors are desperate to acquire.

It’s all good fun; in fact, I’ve written plenty of those articles myself. In a way, it’s like a lottery that no one pays to enter but everyone gets to play.

And I’ve certainly spent time rooting through my change looking for a date-less 20p or trying to find the Kew Gardens 50p that everyone wants.

The problem is, more often than not, very few people actually unearth a truly valuable coin.

More importantly, it also opens the door to loads of chancers and scammers looking to cash in off the back of these overhyped stories.

Read: how to tell when your new pound is actually worth more than face value

The significant overhype of all exciting coin stories

Pretty much every newspaper and website wants these coin stories to be as exciting as possible.

‘Coins worth £3,000!’ is a much better story than ‘You might have a coin that could sell for a little more than face value as long as you list it on eBay within the next few days before the collectors all finally get one’.

Crucially, instead of reading about what these coins are actually worth, we’re instead told ‘such and such coin is already going for £x online’.

It’s so misleading. Something’s value is not represented by what the owner wants to sell it for; it’s about what it actually sells for.

When a coin is known to be relatively rare or in demand there will always be chancers who list them for several hundred-times their value.

This is immediately seized upon by some financial journalists and bloggers as further proof of the coin’s value, leading to news stories claiming the coins are ‘going for’ fantastic amounts.

In actual fact, they are being listed for that amount not sold, but that’s rarely made clear to the reader.

Just take a look on eBay to see how many coins are currently on sale for thousands of pounds: there are pages and pages. Then refine your search to only show confirmed sales at those prices and see how the number plummets.

This is something we at loveMONEY try to make clear in all our articles on rare notes and coins.

Ultimately, if something is worth far more than face value, chances are it's going to be really rare.

That's not to say you can't find coins worth more than face value in your pocket – as the poll below shows, a fair number of loveMONEY readers have done so – it's just unlikely to be a life-changing sum.

We've shed more light on the issue here by asking experts to explain exactly what makes certain notes more valuable and give you an idea of what they might really be worth.

Best way to make a note more valuable? Stash it in a savings account for a few years

Okay, why does it even matter?

There are several problems with this overhyped, sensationalised reporting.

The most important one is that it just isn’t correct. We shouldn’t knowingly report sensationalised information just because it makes a better headline.

If nothing else, that undermines trust, which means readers are less likely to take future financial warnings or reported concerns seriously. As money journalists, we’re weakening our authority just to get extra clicks on a story.

Secondly, this kind of reporting could *help* the scammers.

Look on eBay just now (and I use eBay as just one example, there are lots of different listings websites and the problem is widespread) and there are coins listed as ‘rare’ and ‘very rare’ being advertised for thousands of pounds.

Spoiler alert: many of them are not worth much more than the number stamped on them.

Finally, people are being given bad information and may well make important financial decisions based on that bad information. They may decide to spend money on these over-hyped, over-priced coins as an investment.

It probably also encourages people to buy limited edition and commemorative coins, believing that they are a sound investment when all too often they never achieve a greater worth than their face-value.

How to know when the coins are worth it?

Of course, there are sometimes coins that genuinely have a value far beyond their denomination. Finding one of those can be exactly like winning a free lottery – but only if you know how to sell it.

The most valuable coins by a long way are the ones with errors made by the Royal Mint – they are rare but they do happen. Also, coins with low mintage numbers can be worth a fair bit to collectors who want to snap them up.

If you have a collectable coin then, as I’ve said, it’s hard to trust the reports. However, you can take a look at what they are selling for yourself.

While it’s tempting to simply look at the selling prices on sites like eBay, what you really need to do is look at the sold price listings on these sites.

Then you can get a clearer idea of what collectors are willing to pay rather than what chancers are hoping to get.

With most, sell fast

The truth is that, for most coins, the initial hype is the best time to sell it.

After all, there’s only a limited number of numismatists (ahem, coin collectors) in the country and they will quickly acquire the coin in question. Hold onto your coin and it may not be worth that much in the future.

Of course, with ultra-rare specimens like coins minted with an error, the value is far more likely to last and you may want to hang onto it. It’s important to understand just what you have – and what its real rather than hyped worth may be.

Have you ever found a rare and valuable coin? Did you keep it or sell it? Have your say using the comments below.