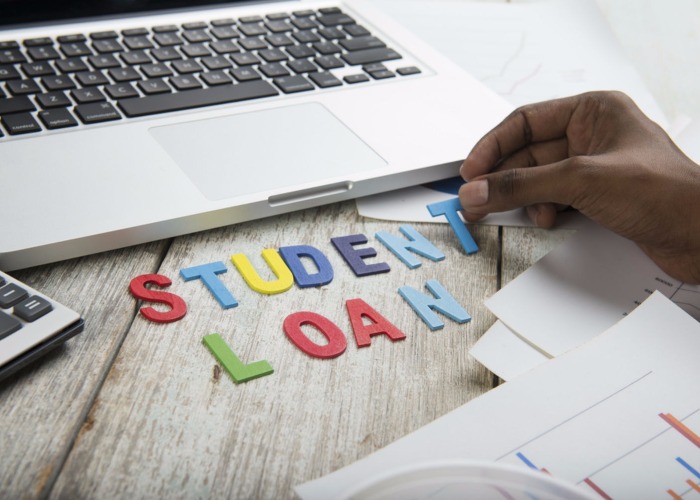 Students are being punished with outrageously high loan debts, and they're made even worse with compounding interest. We want to bring in student loans with a simple, flat-rate of interest. Here's how it would work.

Students have no shortage of worries these days, but the biggest for many is student loan debts.

People leaving university are shouldering an average debt of £44,000, which is majorly ramped up by interest.

The interest rate on controversial Plan 2 loans is set to rise from 4.6% to an eye-watering 6.1% in September, making the debt even harder to pay back.

"It should be jumping out in red letters with snazzy lights!"

She adds that if you ask the SLC how compound interest works, it'll just tell you to ask your bank as it can't give out financial advice.

False promises from the Government

Back in 2012, students were promised that the minimum income threshold for repayments would increase each year in line with average earnings from April 2017. However, the hopeful move was binned in 2015.

Why we want to see a change

The bottom line is that the student loans system is completely unfair.

Students are being punished with unreasonably high repayments which make a significant dent in their earnings throughout their career.

A pressing issue for the ‘packhorse generation’

Clarke has published a report for The Intergenerational Foundation detailing what students starting courses in September 2017 will be paying over the next 30 years.

Students will be £5,000 worse off by the April after they leave university due to interest rates charged and compounded monthly as well as the increase in tuition fees.

By adding up the monthly compounding interest, the initial £32,729 would increase to £184,644 if interest accrued at 5.8% for 30 years without any repayment. Clarke acknowledges that this is an extreme example, though.

Previous estimates say that 45% of graduates will not be able to repay their loan, but that figure looks set to rise.

They are, but that shortfall has to be made up by someone — namely the taxpayer.

To tackle rising levels of debt, the Conservatives have announced the selling of more loan books on to private investors.

Taxpayers will ultimately foot the bill for the sale through less money being fed into the economy by graduates and fewer tax receipts as a result of less productivity.

A flat-rate of interest

Ideally, there would be no interest on student loans.

But Clarke says that realistically, loans will have a flat rate of 1.09%, which many believe is the cost of Government borrowing. It should be simple interest, not compounded, and should cost no more than £1,000 - £3,000 a year in total.

With wage growth and inflation, loans would effectively get smaller.

Maintenance grants also need to return as people from poorer backgrounds are paying twice as much as those who are better-off.

Students who already have Plan 2 loans or are paying a high compounding interest loan should be given credit as a way of refunding the interest, says Clarke. For example, if you have a loan for £60,000 and you have paid £20,000 in interest to the Student Loans Company, it'd be deducted from your outstanding loan, bringing it down to £40,000.

Or if you have a £25,000 loan and have already paid £30,000 after factoring in interest, you'd get a £5,000 refund. This can be done through HMRC as it is responsible for taking the money in the first place.

"It's quite straightforward — it could be implemented at the drop of a hat," she says.

Not a student but still in need of a personal loan? Borrow for as little as 2.8%

More from the loveMONEY election manifesto: