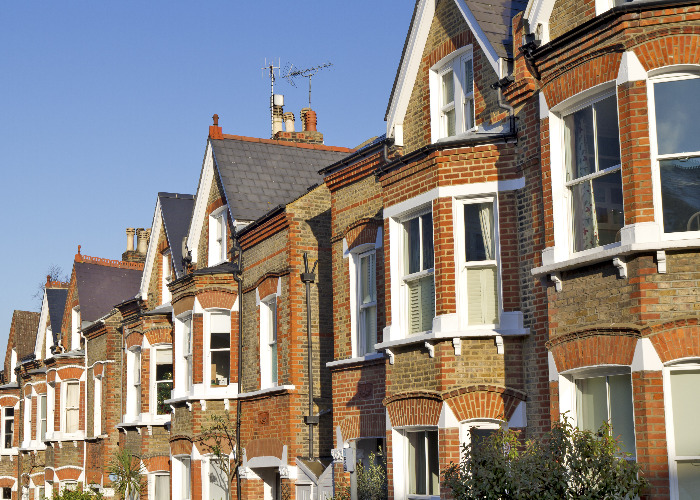 The overhaul of Stamp Duty in 2014 has caused the housing market to decline. Here's what should change to make the system work better.

Back in 2014, George Osborne’s radical changes to Stamp Duty looked like a politician’s dream – generating more tax revenue for the government from the rich, while saving money for everyone else.

However, his overhaul turned out to be something of a disaster: stifling the market, and actually raising less money than if he’d left the system untouched. For Stamp Duty to be an effective form of taxation, the whole system needs to be overhauled again.

Osborne’s master plan was to change the structure of the tax, the rates and thresholds, so that 98% of homeowners paid less, but those buying properties worth £1 million or more would pay more.

While announcing the changes, he declared: “It’s time we changed this badly designed tax on aspiration.” Unfortunately, it appears that what he replaced it with suffered similarly serious design shortcomings.

Slash your monthly bills by switching to a cheaper mortgage

Under the old system, you paid a single rate on the whole property value, depending on the purchase price.

Once you exceeded a particular threshold, the rate was levied on the entire price – which is why it was known as the ‘slab’ system.

It meant that once a property neared £250,000 or £500,000, the price would stick, because buyers refused to pay marginally more, on the grounds it would trigger a much higher tax charge. It meant that people saw their price growth stagnate, while the rest of the market moved on – making it harder for families to trade up.

Osborne introduced a more progressive ‘slice’ system (like the one we use for Income Tax) to counteract this, so that you only pay the higher rate on the portion of the property worth more than the threshold.

It means that nowadays if a property is worth £250,001, instead of paying higher tax on the whole price, you’ll pay a lower rate on £250,000 and a higher rate of tax on £1. It means that prices are less sticky.

The effect was magnified in April 2016, with the introduction of a 3% stamp duty surcharge across the board on second homes.

See if you could save hundreds: compare mortgages

Osborne calculated that wealthy buyers would think that in the grand scheme of things, this was nothing to scare the horses – but he was wrong.  In fact, as prices rose through the stratosphere, there are signs that it may have been the straw that broke the camel’s back.

If you just look at the raw data, you could mistake the plan for a success, because Stamp Duty income is at record levels. However, this needs to be taken in context: we’re paying this tax based on house prices, and house prices are at record highs – and still rising.

You should therefore expect this tax to rise significantly – to record levels –  every year. To get a clearer picture of the effect of the tax change you need to compare it to what was expected before the change was made.

The Council of Mortgage Lenders points out that Stamp Duty was predicted in December 2014 to bring in £19.5 billion a year in revenue by 2019-20. In its forecasts published in November 2016, the Office for Budget Responsibility said it expected £14.3 billion in revenue in 2019-20.

Cumulatively, the downward revision in receipts over the five-year period from 2015-16 to 2019-20 comes to just over £19 billion. This is despite the new 3% Stamp Duty surcharge on second homes – which has helped boost Stamp Duty receipts by 75% more than was originally expected.

The CML is keen not to attribute everything that has happened to the market to Stamp Duty alone – as the contributing factors abound. However, it was certainly one of the issues that helped bring the sales of expensive properties to a juddering halt.

According to LonRes, which tracks prime properties in London, sales in 2016 were down 21% from the previous year. The Land Registry highlighted that in fact sales of these homes were the lowest number on record during the year. 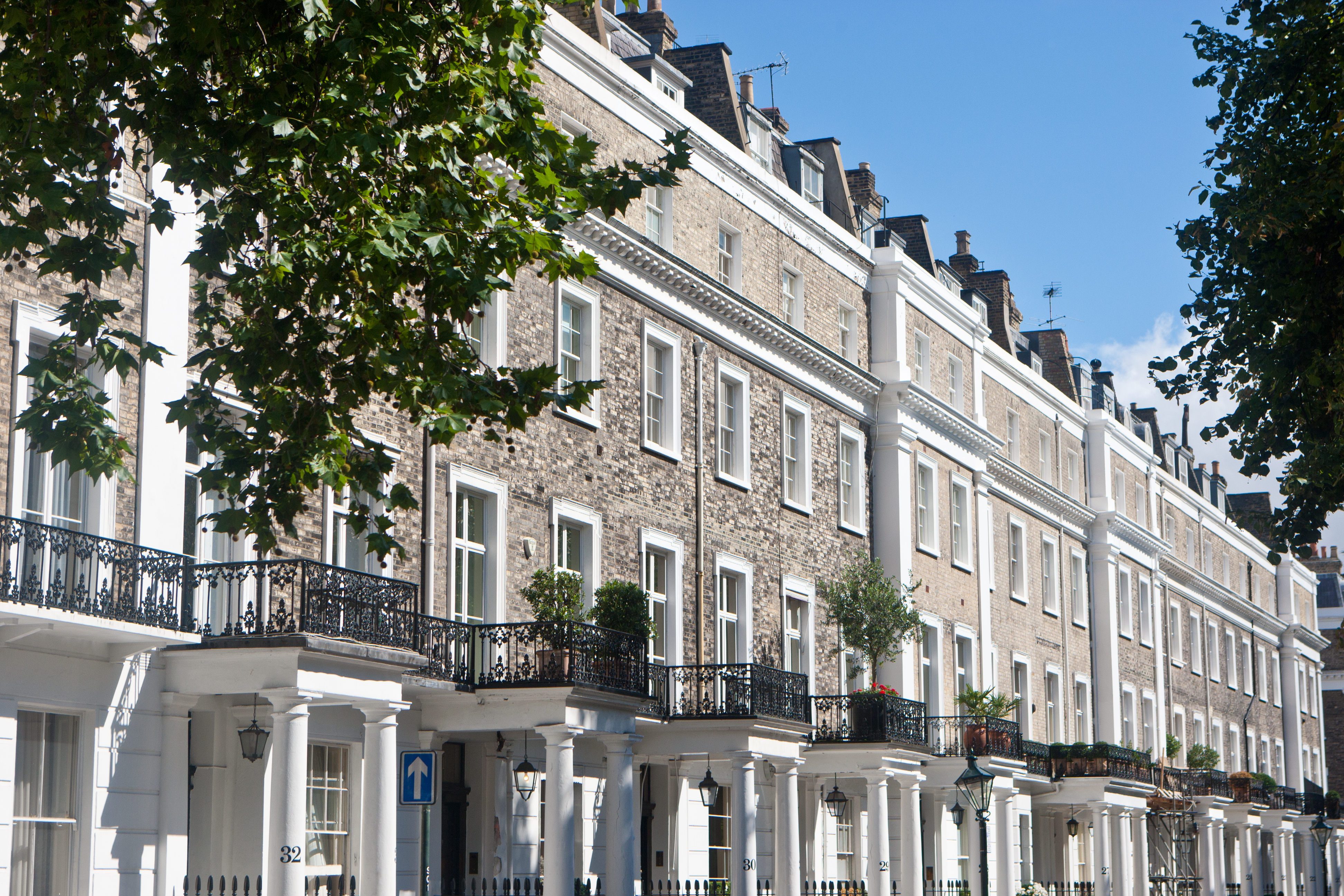 As a result, prices of the most expensive properties have dropped too. According to Savills Research in May, prices in Prime Central London are down 13.2% compared to the peak of June 2014.

There are some early signs that price drops at the very top end have sparked more interest, but we are a long way from a recovery.

The impact hasn’t been limited to pricier properties alone. A study by house builders, the Berkley Group, found that it has also slowed the housing market further down the ladder – particularly in London.

As the top end became more expensive, buyers were forced to consider properties a rung further down the ladder, increasing demand and pushing these prices up too. The same pattern was repeated all the way down the ladder, so that prices of cheaper properties spiked. Each category of property then started to look overpriced, and sales started to dry up.

The end result is that fewer and fewer people are buying and selling. Bank of England figures show that the number of new home loans in March was at a six-month low.

Paul Smee, director general of the CML, commented that: “The lull in moving activity appears stubbornly persistent.” The trend is so pronounced that the organisation has commissioned research on “the reasons why the number of transactions seems in secular decline”.

The CML says that instead of moving, there has been a surge in home improvements, with homeowners building loft and side extensions to make more room, so that every penny goes into a better home instead of a large proportion going to the taxman.

Research from comparethemarket.com found that 59% homeowners have decided to make home improvements instead of moving up the housing ladder. A third said they would be more likely to move if stamp duty was significantly lower.

The stagnation of the housing market hasn’t just been terrible for buyers and sellers, it has had a knock-on effect across the economy. According to Oxford Economics, it has cost the UK economy £1 billion - causing the loss of 14,000 jobs.

The CML adds that a stagnant market has other associated costs. There’s the impact on employment, for example, as people cannot sell up to move house for a new job. It means the best people cannot be in the most suitable jobs, which in turn has an impact on economic growth.

The Stamp Duty system, therefore needs reform. One option would be to reduce the rate paid across the board. This would kick-start the housing market again, and while it would make the sale of each home less profitable, more sales would boost the tax take.

Figures from the Yorkshire Building Society show that the combination of a stagnant threshold and runaway price rises, means the percentage of first time buyers paying stamp duty has increased from 53% in 2006 to 74% today.

It’s a major barrier to getting on the property ladder, so removing that barrier could get the market moving again.

Other experts, meanwhile, are calling for a complete overhaul. A spokesperson for the CML called it “a flawed tax”, and “a bad tax”, although the organisation does not focus on the intricacies of tax redesign.

Andrew McPhillips, Chief Economist of the Yorkshire Building Society, by contrast, is not deterred by the challenges of redesigning tax architecture. He wants to see Stamp Duty reversed, so it is paid by the seller rather than the buyer.

He explains: “In today’s housing market, Stamp Duty in its present form is simply not fit-for-purpose. Stamp Duty causes blockages at all levels in the housing market by disproportionately disadvantaging those with growing families who need to move up the property ladder.

It adds to the burden of upfront costs for those looking to get on to the housing ladder, particularly in London where our average first-time buyer pays £13,000 in stamp duty alone.”

His research indicates that is could dramatically stimulate the market. Some 60% of first-time buyers say paying no Stamp Duty would make them more likely to buy, while just over a third of up-sizers said they would be more likely to move as a result of such a change. He says: “Saving enough to pay Stamp Duty adds to the overall difficulty of buying a home. It is hard enough for buyers to find the right property in the right location without the need to pay additional fees and taxes, given the scale of house price inflation in recent years.”

The idea has some support in parliament. John Stevenson MP said: “I have long been a supporter of changing who pays Stamp Duty on house sales. At present it penalises first-time buyers and those aspiring to move up the housing ladder.”

It’s not without its flaws. McPhillips notes that the reform would leave downsizers facing a higher Stamp Duty bill, but argues that older people have benefited from price rises, and can afford it. He points to his research that shows only 37% of downsizers would be put off a move by a reform of Stamp Duty that left them paying more.

Other commentators disagree, and in fact Saga is calling for an exemption to Stamp Duty for downsizers. Building this into any overhaul has the advantage of encouraging older people to free up larger family homes, and enable more movement at the top of the market.

There are 3.4 million households aged over 65 who are potential rightsizers: 1.1 million have one spare bedroom and 2.3 million have two or more. Saga points out that independent economists estimated an exemption would bring an extra 111,000 family homes onto the market.

Exemptions always raise the spectre of a tax generating less money then expected. However, Saga says it could actually boost the Government coffers, because it would kick-start so many additional moves up the ladder that it would raise an estimated £500 million more in Stamp Duty.

As Osborne learned to his cost, sometimes if you want to raise more tax, lower rates, smarter design and more exemptions may actually be more effective than hiking the tax rate in an effort to soak the rich.

Find out what other simple changes we think the next Government should make to improve our finances in: loveMONEY election manifesto: financial changes we want to see.

The questions you must ask before you buy a property

Opinion: these rip-off charges on leasehold and new build homes need to end