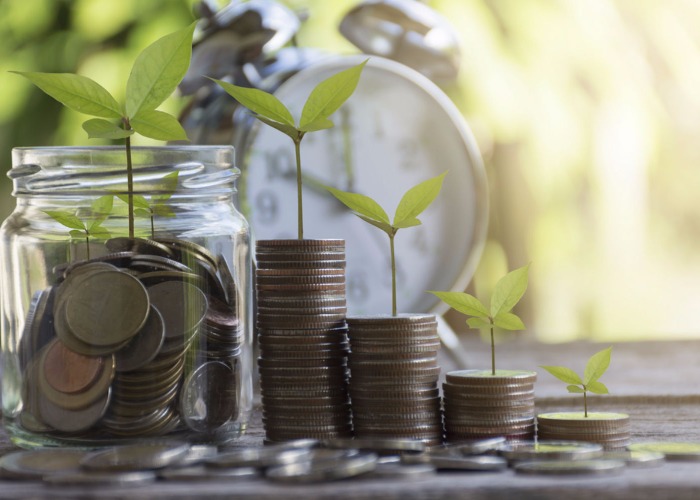 Simply trusting that the fund in which all your pension savings are automatically invested is the best option could leave you with a far smaller pot in retirement.

The decision to automatically enrol workers into a pension scheme has seen a dramatic increase in the amount we're setting aside for the future.

While this is obviously a welcome move, it's become increasingly clear that simply leaving the money invested where it is could leave many of us well short of what's needed for a comfortable retirement.

That's not just because the current minimum contribution of 8% of our salary set out by auto enrolment is too low: there are also issues with the default pension funds themselves.

Not all default funds are created equal

Perhaps unsurprisingly, most of us simply leave their contributions in the fund selected by our employers – around 95% of defined contribution pension funds, according to the Tax Incentivised Savings Association (Tisa), a trade body.

While there's nothing intrinsically wrong with these funds – the money needs to be invested somewhere, after all – the returns they provide can vary massively.

Tisa analysed the performance of the 20 largest pension providers' default funds over the last three years and found the best delivered returns of 11.9%, compared to just 3.4% with the worst.

Assuming that performance remained consistent over 50 years, someone on a £30,000 salary would land up with a £2.2 million pot in the top-performing fund, compared to just over £150,000 in the worst performer.

Obviously, past performance is in no way an indicator of future returns, but it does highlight how many workers could find themselves lagging far behind others simply because they happened to find themselves in the wrong default fund over their career.

And of course, this is even before we get into the matter of diversification.

In short, in order to ensure you aren't overly affected by market volatility, it's always advisable to spread your risk across different sectors and countries, but there's no guarantee your default fund will offer sufficient diversification.

Commenting on the findings, Renny Biggins, retirement policy manager at Tisa, said: “Even a marginally better performing fund can make a huge difference to someone’s retirement savings, and it doesn’t have to come at a significantly greater cost.

"Most larger pension providers have enough headroom to change the makeup of their default funds without breaching the government’s default fund charge cap of 0.75%.

“Though mandatory contributions have gone a long way in helping people plan for their retirement – and we would like to see contributions increase further to 12% and possibly beyond through a phased strategic approach – contribution levels are only one half of the picture.

"Paying closer attention to the performance of scheme default funds is an essential part of ensuring employees are properly prepared for retirement."

The clear message is that you shouldn't simply assume your default fund is the best place for your money.

Take the time to research where your money is being invested and consider making changes as needed.

Consider talking to a financial advisor so you can feel more confident in any changes you might make.

We've discussed this before, but another key issue to consider if you do decide to leave your funds in a default fund and forget about it, is when you plan to retire.

This is because, if you get it wrong, your risk level could be completely inappropriate over the course of your career.

Savers typically choose 60 or 65 as their target retirement age, but as life expectancy increases, more people are working far beyond this.

But by choosing an early retirement age, your pension could start to ‘de-risk’ – where your money is invested into less risky asset classes – sooner than you need.

Some pension analysts reckon that this could see you losing anywhere between £20,000 and £100,000 in returns.

How does this happen?

Pension schemes have a default fund offering an appropriate investment strategy for people who can’t or don’t want to make their own pension decisions.

These funds tend to de-risk during the investor flight path, or glide path, when the pension saver approaches their pre-agreed retirement age.

This is normally between five and 15 years before your target retirement age, depending on the pension scheme.

During the glide path stage, your default fund will be more exposed to less risky assets like bonds and cash and it will have less exposure to higher risk assets like equities.

Workplace schemes used for auto-enrolment must have a default fund but there’s no default fund requirement for other defined contribution schemes, even if they are offered.

People who have actively selected a lifestyle fund may also be affected.

How much could I lose?

The research below is admittedly a couple of years old, but still serves as an eye-opening illustration.

Hargreaves Lansdown estimated in 2017 that de-risking too early could cost you £20,000 in lost savings.

It gave the following example based an investor with a £100,000 pension pot which they’ll be able to access at the age of 65.

What can you do?

If you’re in a lifestyle or default fund, find out your target retirement age as soon as you can.

Your provider will issue an annual benefit statement, including your selected retirement age, details of investment funds and when they’ll start to de-risk.

Get in touch with your provider to change your target retirement age – the sooner, the better.

Alternatively, you could have a greater say in where your pension savings go. A Self-Invested Personal Pension (SIPP) will allow you to take control of your own retirement planning.

Even a low-cost SIPP will give you plenty of freedom and flexibility but, again, it’s wise to consult an independent financial adviser before signing up.

Companies must do the right thing for workers' pensions

How to get pension advice