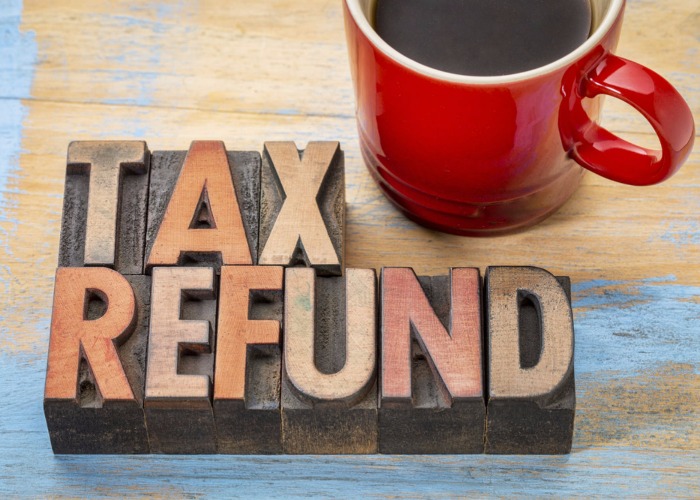 Up to 800,000 people have paid too much tax on their pension lump sum withdrawals, new figures show. Here's how to claim a refund.

Missing out on tax refunds

A whopping 800,000 people who have taken lump sums from their pension could have paid too much tax because they were given the wrong tax code.

Pension firm Royal London reckons that many under State Pension age are receiving pension income but should be classed as non-taxpayers because their total income is below the Personal Allowance threshold.

This could be a bigger issue for those who have multiple sources of taxable income – people with multiple pensions and a wage, for example, are likely to be losing more money.

What's worrying is that some people in this situation may have been subject to overtaxing for years.

The problem is that, when you withdraw a lump sum from your pension for the first time, it will automatically be taxed through the PAYE system.

And because the system doesn’t know your tax code, it assumes your lump sum is actually your monthly income and taxes you accordingly.

Research from investment firm AJ Bell suggests that hundreds of thousands of people are paying more for their pension than they should because they're not claiming tax refunds.

The investment company found that only 11,000 refunds per quarter have been paid out since 2015 compared to the average 139,000 pension pots being accessed every three months during this period.

Do you think you might be overpaying? Read on to find out how to check you're on the right tax code and how to claim a refund.

Looking for an alternative home for your retirement savings? Compare SIPPS with loveMONEY today

Royal London is urging people to check their tax code to make sure they’re not being overtaxed.

There are several different tax codes which are dependent on your income. But if your code is wrong, it’s crucial that you contact HMRC.

You’ll need to have your tax reference and National Insurance number on you. They can be found on your payslips or on any letters from the taxman.

Don't worry, tax codes are notoriously complicated. Founder of the charity Tax Help for Older People, Paddy Millard MBE, agrees: “Tax codes are probably one of the biggest single causes of confusion and problems amongst the people who contact us via our helpline.

"People should not simply assume that HMRC have got things right, but should check to make sure that they are paying the right amount of tax.”

Get started by learning how to check you’re on the right tax code 2017/18.

Any income you take is taxed under Income Tax rates, so for the 2017/18 tax year, you pay:

If this is the first time that you’re dealing with your pension provider, they probably won’t know your tax code, nor will they know how much income you have from other sources.

That means you'll be taxed on a ‘Month 1’ basis, so you’ll be taxed as though the lump sum you’re drawing is being repeated every month.

These figures from AJ Bell show how much extra you’d be paying on a ‘Month 1’ basis.

So it goes without saying: keep your provider in the know!

You'll need one of three forms to claim a refund, depending on your circumstances:

All three of these can be found on the Government website.

Overpayments will eventually be repaid by HMRC if you don't do anything, but you could be hanging around for quite some time. However, if you actively claim a refund it should take no longer than four weeks to recover your cash.