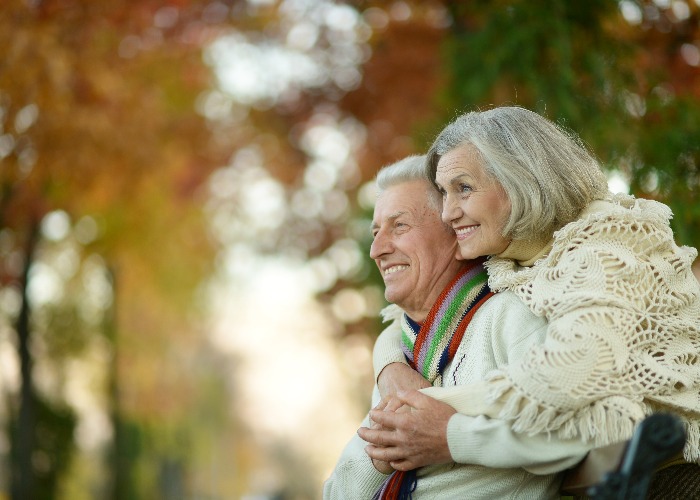 The initial joy of retiring is often followed by a sharp crash. We look at what to do in retirement to stay happy and financially secure.

With work taking up so much of our time, many of us dream of the day we can finally give up the daily grind.

However, while the early days of retirement and the ample amounts of free time it offers can be joyous, for many the initial rush is followed by a major comedown when the social and financial realities of this new pace of life start to set in.

We look at how to confront the problems of staying happy and financially secure in retirement and how to prepare for them.

A study by Elizabeth Mokyr Horner of the University of California in Berkeley found that, when we retire, we feel a surge of happiness. Unfortunately, this doesn’t last.

She refers to it as a ‘sugar rush’ of wellbeing and life satisfaction, followed by a crash and a sharp fall in happiness a few years later.

Stacey Stothard, a spokesperson for Skipton Building Society, explains: "Despite anticipating retirement for a greater part of their working life, many people struggle to adjust to a new existence that's free of structure.

“Some feel unproductive or that they're wasting their accumulated career knowledge. 10 months in and many feel their retirement isn't as good as they thought it would be."

A study by Skipton Building Society looked at the most common reasons for boredom in retirement, and the top answer was that 54% of people miss the camaraderie that comes with working.

The next most common answer – at 33% – is that they feel their days have become repetitive.

The structure that work provides doesn’t just give people a reason for getting up in the morning: it shoehorns eight hours of variety (to varying degrees) into the day.

Another issue is the lack of a sense of purpose, with 20% of retirees polled by Skipton reporting that they felt redundant.

Many people build their sense of self-worth at work, from their status and position, as well as the feeling they are contributing something important in their role.

When they lose that work, they can lose focus.

And, of course, there's the question of money: 31% of retirees struggle without a monthly wage packet, according to Skipton, and face a major challenge living on a lower income.

There’s plenty you can do to confront these problems though.

If finances are a concern, then solving this problem can help alleviate other challenges retirees face: you can simply postpone retirement, and continue working full-time past the retirement age.

This allows you to squirrel away as much of your income as possible while you are working, and possibly defer your State Pension in favour of a higher payment further down the line.

If full-time work doesn’t appeal, then try scaling back your hours in your current role, so rather than jumping off a cliff edge emotionally and financially into retirement, you ease yourself into it.

A study for the What Works Centre for Wellbeing found that part-time working towards the end of our careers is a particularly effective approach.

Nancy Hey, a director at the Centre, said: “Good work is really important for our overall life satisfaction and how we retire matters.

“Good work is really important for our overall life satisfaction and how we retire matters. When we’ve gone around the UK asking what quality of life looks like, the importance of wellbeing at work consistently comes up.

"A sudden shift from employed to retired isn’t working.”

Sally West, policy advisor at Age UK, said: “It may make sense to take a different kind of job that’s less physical or less stressful. It can be an appealing idea to spend a few years doing something a bit different and taking on a new challenge.”

You could also choose to work for yourself.

This may be as a specialist in the area you have already worked in or exploiting a hobby or skill you have previously only enjoyed in your time off.

If you choose the work you do wisely, there’s a good chance you’ll enjoy work more than you did before you reached retirement age.

A study by insurer Aviva found that 78% of people who work in retirement find it fulfilling, (compared to 47% of people under the age of retirement).

When asked why working later in life made them happy, the most popular answer was ‘fulfilment from the work involved’, followed by giving themselves new experiences, and having a sense of importance or a role to play.

The extra money was only the fifth most popular answer.

If money is less of an issue, it offers the opportunity to work in a voluntary role, which can have a striking impact on happiness.

A study by Merrill Lynch in 2015 found that those who volunteer have a stronger sense of purpose, higher self-esteem, and are happier and healthier than those who do not. Volunteering helps because it offers people a sense of ‘giving back’.

Likewise, helping with family can provide a similar kind of reward, as grandparents step in and make working life possible for their children.

However, staying in work – or throwing yourself into volunteering or helping with children – is not a cure-all.

Psychologist Jacquelyn B James, of the Sloan Center on Aging and Work at Boston College, found that people only benefit psychologically from work if they are really engaged with it.

West from Age UK added that, in order to ensure you only take on caring responsibilities you are happy with, it’s important to have a conversation with the broader family.

She explains: “You should discuss what you are happy to do in terms of childcare, and how that needs to fit in around the other things you intend to do with your retirement.

“It’s best to have that conversation early and talk to your family before you find yourself doing too much.”

Finding something meaningful to do in retirement doesn’t necessarily have to involve work. There are plenty of people who find meaning, friendship and structure in leisure activities.

The Mental Health Foundation points out how important these things can be in retirement.

“If you haven’t had many interests outside of work it can be hard to ‘find something new to do’ and it may take a few attempts before you find something that’s right for you.

“Take your time and think about the skills you possess that can be put to good use and give you fulfilment.”

The only way to devise your own retirement solution is to give yourself plenty of time to think it all through – and start planning as early as possible.

The Aviva report we mentioned earlier showed that those who started planning long before retirement are the most likely to say it exceeded expectations significantly (33%), compared with those who leave it until they have retired (21%).

Unfortunately, early planning is rare, according to West at Age UK.

“Most people don’t plan ahead for retirement. Some are too busy day-to-day, while others don’t like to think about getting old, and some just don’t know where to start," she said.

“I would like to see a national system of mid-life planning, where people can plan their finances and think about what they want to get out of retirement. The sooner you start thinking about these things, the better.

“If you want to work in a different way, you need to lay the groundwork, so you know it is right for you, and you have everything in place to make the change.”

You may find the answer lies in getting a job you find truly rewarding, taking up golf, working for a local charity, or running a crafting group. There’s no right or wrong answer: just what is right for you.

Donna Roche Tarry, author of ‘What’s Next? How professionals are refusing retirement’, talks of a ‘plural career’, where well before retirement, people consider where their skills and passions lie, and layout how they would like to fit them together in retirement.

She says every plural career is different, but the successful ones are all about understanding what you want, appreciating the realities of life in retirement, and planning.

Avoid these mistakes for a comfortable retirement

The good news is that while finding the right approach may seem like a major task, plenty of people have managed it, and for them, retirement is the happiest time of their life.

The Aviva study found that 62% of retired people consider themselves truly happy, compared to 42% of people in work. Similarly, some 62% of people said their retirement was better than they had ever imagined.

So, getting it right means it could be everything you are looking forward to and more.