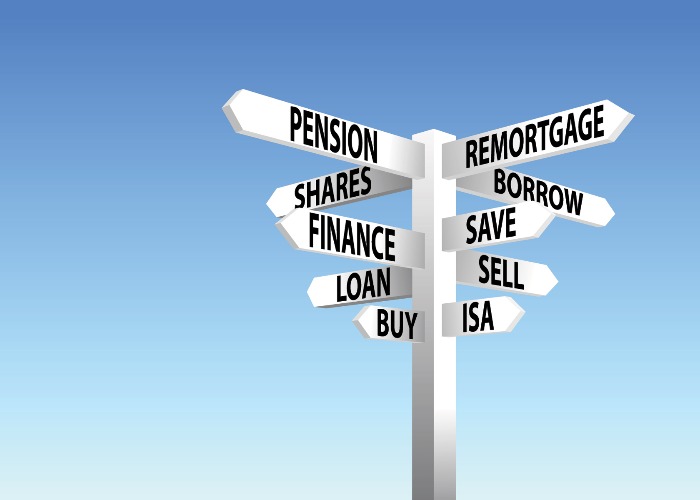 There was once a time when reaching the age of 60 or 65 meant compulsory retirement and a guaranteed income for the rest of your life.

The demise of the final salary (or defined benefit) pension, the banning of compulsory retirement ages in 2011 (for most jobs), and the advent of pension freedoms in 2015 have transformed the way people approach retirement completely.

While we may lament the end of the final salary pension era, we can celebrate the fact we now have an enormous amount of flexibility over how and when we retire.

According to Aviva’s Real Retirement Report, there are currently more than 1.2 million people over the age of 65 in the workplace. That’s up over a third between October 2011 and October 2017.

Nearly two in five people have had a career change since turning 50. The most popular reason was to take a job to enable them to ‘wind down’ some aspect of their working life.

Everyone has different needs, circumstances, and expectations from both retirement and work.

Fortunately, you can now build a flexible retirement strategy around yours.

If you’re thinking about how you’ll juggle work and retirement in your 60s and beyond, it’s worth getting to grips with the options that are open to you.

In this guide, Sarah Coles, personal finance expert at Hargreaves Lansdown and member of the loveMONEY Expert Panel, will map these out in detail.

Defined benefits: the pros and cons of transferring out of a final salary pot

The most common strategy is simply to keep working in your current job for longer.

Around two-thirds of workers over the age of 50 are happy to continue in their current role until the end of their career.

One in five employers offers some sort of support for older people in the workforce. If you plan to work later, it’s worth getting to grips with what’s on offer.

According to the Real Retirement Report, a third of people over the age of 50 agree it’s more important to have the flexibility to reduce their working hours as they get older.

Even if it’s not something your employer explicitly offers, it’s worth speaking to them about whether this is possible, before you start job-hunting for part-time work.

You have the right to request the opportunity to work more flexibly or from home – although your employer has the right to refuse if they have a valid business reason to do so.

Also, consider whether you need additional training as your role evolves.

If you are still in work at the age when you become eligible for your State Pension, you may not need it immediately, so you can defer it.

As long as you defer for at least nine weeks, you will get a higher State Pension in return – at a rate of 1% for every nine weeks.

There’s a trade-off between the fact you’re getting a higher income, and the fact you have to wait longer to start receiving it.

The break-even point, if you defer for a year, is 17 years into retirement.

So, unless you have a specific reason to suspect you will die earlier than average, it could pay off.

Learn more about it in the loveMONEY guide to deferring your State Pension.

Paying into a pension while working

Personal pensions and defined contribution pensions will allow you to continue contributing past the age of 65.

Defined benefit schemes have a variety of rules, so it’s important to check the specifics of the scheme.

There may have an age at which benefits stop accruing or a maximum accrual of two-thirds of your salary. Once you hit either of these, you won’t be building up any more funds in your pension.

If you are still able to accrue benefits, but you change roles, you need to be confident of the impact on your pension.

In some instances, if you reduce your hours, the scheme will pro-rata your salary but may reduce the accrual rate to reflect the shorter working hours.

In other cases, a move to part-time work, especially when it means a change of job role, may mean you can no longer accrue benefits in this particular scheme.

Unlock tax-free cash from your home with Saga Equity Release

Deferring a pension while working

There’s no requirement for you to take an income from a personal pension at any stage, so you can leave it invested, and continue contributing.

For workplace defined contribution schemes, you are likely to be able to continue paying into the pension, and it will remain invested and therefore has the potential to grow.

If this means you delay taking an annuity, because you can cope without an income from your pension, there may be additional benefits.

There are no guarantees that annuity rates will rise, but usually, as you get older, you will be offered a higher rate.

It’s also important to declare any health conditions or illnesses you face at that time as it may mean you are entitled to an enhanced annuity.

Similarly, there are benefits if you can defer taking your defined benefit pension.

If you take it on top of your salary, there’s a risk it will push you into a higher tax bracket, so you may have to pay additional tax.

If you put off drawing the pension, the income payable will usually rise in value every year.

Check the terms of your scheme, but it’s not unusual to see rises of up to 8% a year, which makes it worth considering whether you can leave a defined benefit pension untouched.

Retirement still a way off? Compare SIPPs (capital at risk)

Drawing your pension alongside work

If you opt for reduced hours or a less stressful and lower-paying role, it may make sense to draw a pension income alongside it.

Research shows over 50s expect to access their private pension at an average age of 63 – and work to an average of 66, so they may be drawing money from a workplace or personal pension while still at work.

Drawing from a defined contribution pension while working

You can draw from a defined contribution pension, while you continue to work, and contribute to it at the same time.

The only thing to bear in mind is that it will usually trigger something known as the Money Purchase Annual Allowance.

This means if you continue contributing to a pension through work and start to take money from a defined contribution pension, you can’t pay as much into your pension.

You have a few choices over how you withdraw money from a defined contribution scheme.

You can use a portion of it to purchase an annuity that covers the difference in income.

Alternatively, you can dip into your pension savings as often as you like and take as much of the pension as you like, from the age of 55.

This can be done either through drawdown or by taking an Uncrystallised Fund Pension Lump Sum (or UFPLS).

One advantage of drawdown is that the money you take initially through the scheme is considered to be your 25% tax-free lump sum.

It means you can just draw that 25%, leave the rest invested, and you won’t trigger your Money Purchase Annual Allowance.

If you want to take benefits from a defined benefit pension, you will usually have to stop paying into it and accruing benefits.

But you may still be able to take income from your workplace scheme and continue paying into some form of workplace pension.

In some cases, your employer will allow you to stop paying into the scheme and start accruing benefits in a separate pension arrangement.

In others, where you have an additional voluntary contribution (AVC) alongside the defined benefit pension, you can take a lump sum from your AVC without affecting your defined benefit scheme.

Defined benefit pensions: should you transfer?

Choosing which pension to draw from

If you have a handful of different pensions built up during your career, a more gradual retirement will enable you to pick which pensions you defer, which you contribute to, and which you take an income from.

Your choice will depend on what you have, and the rules of the scheme.

As a general rule, if you can continue to accrue benefits in a relatively generous defined benefit scheme and draw from a separate defined contribution scheme (assuming there’s no guaranteed annuity rate), it may be worth considering.

Even if you cannot continue to accrue benefits in the defined benefit scheme, check the annual increase you will get from deferring it.

Then make an assessment as to whether this offers more potential than growth on any defined contribution scheme.

If you have several defined contribution schemes, check if there are any valuable guarantees, such as a guaranteed annuity rate, as well as charges and investment choices, before deciding which to draw an income from and which to pay into.