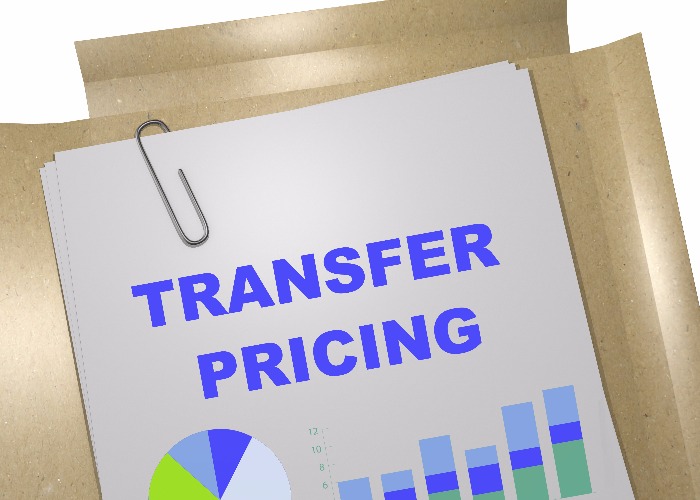 The average amounts that pension savers are transferring out of final salary pension schemes has fallen, but there are still huge sums being moved.

Why the numbers of pension switchers are falling

The amount of money that savers are transferring out of defined benefit pension schemes has fallen, data from the FCA has shown.

In total, around £20.1 billion worth of defined benefit pensions were advised to transfer between 2018 and 2020, while £10.2 billion were advised against moving.

There is also a significant difference in the values of the funds of those advised to transfer (£405,178) and those who are advised against doing so (£267,814).

The regulator has made clear that it believes that in most cases, such transfers are not in the best interests of savers.

It said: “Where an individual seeks advice to transfer it is important that advice given is suitable and appropriate for their needs and situation. Where we find that firms are not meeting our expectations we will take action to ensure firms put things right.”

As a result, the regulator is likely to be pleased that the ‘conversion rate’ ‒ the proportion of people receiving advice who decide to go ahead with a transfer ‒ has dropped sharply over the last two years.

It’s also worth noting that there has been a dramatic drop in the number of advisers even offering advice on whether to transfer out of a defined benefit scheme.

Of course, transferring your pension is not without its risks.

The Financial Conduct Authority has forced a number of firms who advise on transfers to suspend their activities.

The steep take-up in transfers of recent years also means that schemes are being targeted by advisers who are reportedly using high-pressure sales tactics.

To top it off, there is concern that the surge of people exchanging their pensions could lead to a new mis-selling scandal.

So, do you have to be mad to switch? Why do so many people want to do so?

This piece will take a detailed look at the pros and cons of transferring your pension, but first why not have a look at the seven questions you should ask yourself before you even consider going down this route.

What is a defined benefit pension?

Traditionally, defined benefit (DB) pensions have been seen as the gold standard when it comes to retirement saving.

These pensions are provided by your employer’s pension scheme, and are determined by your years of service and either your final salary or your career average with the firm.

So for example, each year you might accrue 1/60th of your final salary with the firm towards your pension.

However, these are incredibly expensive pensions to maintain for employers, which is why very few still offer them.

Instead, employers will generally look for you to take out a defined contribution (DC) pension, where you, the employer and the Government all contribute a set amount.

This money is then invested, which you can eventually use to buy an annuity that will deliver an income for life, or else keep it in invested.

The accepted thinking for a long time has been that it’s a bad move to switch from a DB scheme to a DC scheme – you’re giving up guaranteed benefits to do so.

Why pension savers are tempted to switch

There are a number of factors making a move from a DB pension over to a DC pension an attractive option at the moment.

The first is straightforward flexibility.

A DB pension is pretty rigid in its structure – you get a set amount of money every month until you die, and there are no real allowances for how your needs might change throughout retirement.

For some savers, that’s not ideal – they might plan a more active couple of years initially, so need more of their pension pot available, or they might prefer to keep as much of it locked up as possible to cover potential care costs.

The introduction of the pension freedoms a couple of years ago gave pension savers vastly more control over just how they access their pension cash – and how they can use it.

But these freedoms are only open to people in DC schemes, not DB ones.

Having control over the pension pot they have worked hard to build is an attractive thought.

Another factor at play are the transfer values being offered for defined benefit pensions.

These have been pushed up as gilt yields have fallen – essentially this makes it more expensive for the DB scheme to meet its obligations to its members.

And these values really have shot up. Pension firm Xafinity tracks the transfer value, which would be provided by an example DB scheme to a member aged 64 who is entitled to a £10,000 yearly pension, starting at 65.

The final big factor here is uncertainty about how secure a pension scheme really is.

David Blake, director of the pensions institute at Cass Business School, warned that around 1,000 pension schemes “are in a very precarious position with financially weak companies behind them or large deficits”.

Certainly, we’ve already seen a handful of high profile failures recently – just think of the BHS debacle – and while they are very much the minority, that uncertainty has increased interest in moving away from a DB scheme.

The downsides to switching

However, there are plenty of considerations for savers looking to switch.

The most obvious is that not only are you giving up value in your pension in return for a bit of flexibility, but an income that is guaranteed.

Instead, you are taking on far more responsibility for your own saving.

Alistair McQueen, pension policy manager at insurer Aviva, explained: “You get real peace of mind and certainty from a DB scheme; the responsibility sits with the pension scheme, so someone else is looking after everything for you.

“If you take your money into a DC scheme, then you have the responsibility of how and where to invest it to ensure it will provide for you for the rest of your life.

“Most of us understandably lack the confidence to do this.”

It’s also to remember that that guaranteed income will increase in line with inflation too.

Last, but certainly not least, is the fact you could face a massive tax bill.

Under the current lifetime saving limit for pensions, any amount over £1 million will be slapped with a whopping 55% tax charge.

You might think that sum is far beyond what you can expect from your pension.

However, pension advisers Tilney have highlighted how one client was offered £850,000 to give up just £17,000 of annual final salary income.

Throw in any pension pots that they might have had from earlier jobs and that £1 million threshold can be breached far more easily thank you'd think.

If your DB pension is worth more than £30,000, then you are legally required to get independent advice before going through with a transfer.

However, the way that the FCA previously set out its expectations for handling transfers – that advisers should essentially start from the viewpoint that it is a bad idea – has meant there aren’t that many advisers willing to handle these cases.

And as the latest data shows, these numbers are dwindling further.

That certainly isn't ideal - given the interest in transferring, it's important that people have access to advice, even if that advice is that they shouldn't do it.

There is no right or wrong answer when it comes to pension transfers – everyone’s circumstances will be different, and it will come down to your own attitude towards managing your pension and the risks that come with it, against the generous guarantees that make up a DB scheme.

But what is becoming increasingly clear is that for a significant number of savers, giving up those DB scheme benefits are a price worth paying in order to secure greater freedom over how they access and spend their pension.

How to transfer your pension

If you decide you want to transfer out of your scheme, here’s what you need to do.

The first step is to go to your pension scheme and ask them for a transfer value quote. The trustees will generally honour this quote for six months.

Now you need to find an adviser willing to help with your case. As always with financial advice, the Unbiased website is a good place to start.

The adviser will get all of the details for the scheme, and then go through your attitude to risk and investment to establish whether a transfer really is right for you.

They will then give you a personal recommendation on whether to transfer or to stay where you are.

Even if the adviser tells you that you should not transfer, you don’t have to follow that advice. You can still go through with it, and you will be classed as an ‘insistent customer’.

Be warned here, not all advisers will carry out a transfer on behalf of an ‘insistent customer’, and some providers are nervous about accepting them as customers too.

Carrying out the transfer

Your adviser will carry out the transfer on your behalf, handling all of the important documentation.

They will likely provide ongoing advice around how to invest and how to take an income from your fund.

And there you have it. If you're interested in different strategies to boost your income in retirement, have a read about how deferring your State Pension could earn you more than £450 a year. You could also take a look at the 6 mistakes that can actually decrease the amount of State Pension you receive.