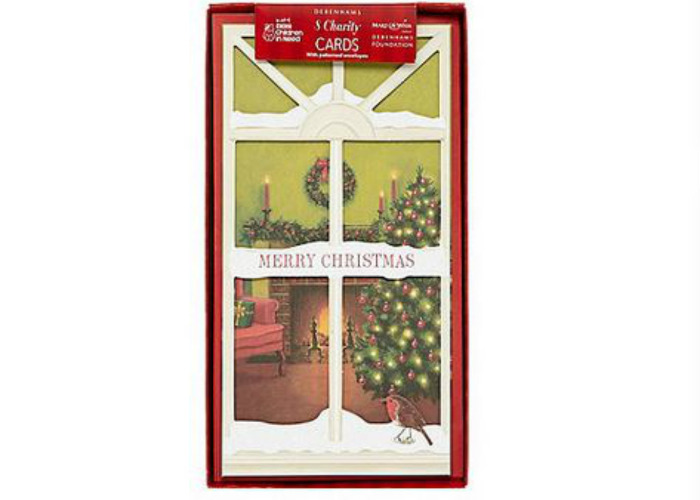 Find out which retailers donate the most and the least before you pick up your charity Christmas cards this year.

Exclusive loveMONEY research has found some shops and supermarkets are donating as little as 10% from the sale of charity Christmas cards.

Christmas cards are big business in the UK. Last year 900 million were sold worth £200 million, according to the Greeting Card Association.

Charities are able to raise £50 million through the sale of special charity Christmas cards each year, but this could be much more if shops and supermarkets coughed up a bigger share.

Our investigation into 14 major retailers found that only Debenhams offers a charity Christmas card that donates 100% of sales to its chosen cause.

However, this only applies to a particular pack of eight window scene charity Christmas cards. The other 11 packs in its range donate 20%.

Lidl, Aldi and John Lewis were the next best in our analysis, donating 25% of sales to their chosen charities on their whole range.

Sainsbury’s, Waitrose, Ryman and Asda were found to give just a 10% share from sales.

Here’s a rundown of what the 14 major retailers we looked at will be donating and which charities receive the money from the sale of their charity Christmas cards.

Some offer different cuts depending on the pack you go for. Wherever possible we’ve made this clear, which means some names feature twice in the table.

*Only one pack from the range donates 100%. Other packs donate 20% to the charities.

Some of the lowest donations uncovered through our investigation were supermarkets, where many shoppers find it convenient to pick up their Christmas cards.

At Sainsbury’s, a pack of charity Christmas cards cost around £2.50, which means just 25p goes to the Royal British Legion and Comic Relief.

However, Sainsbury’s says it donates a lot more on the whole through various other fundraising activities.

A Sainsbury’s spokesperson told loveMONEY: “This year alone we have raised over £2.6 million for the Royal British Legion and over £7 million for Comic Relief through different fundraising activities.”

You may have noticed a few of the big supermarkets are missing from our comparison.

That’s because many have opted to pay a lump sum – regardless of how many packs they sell – to their chosen charities rather than a percentage of each sale.

Morrisons says it will donate £50,000 to Sue Ryder from the sale of its range of charity Christmas cards.

Tesco will donate the most at £300,000 in connection with the sales of selected Christmas card packs. This will be divided equally between its two national charity partners, Diabetes UK and the British Heart Foundation.

So with these retailers already pledging to put some money towards charity it’s probably worth you going elsewhere to pick up your charity Christmas cards this year.

Best way to give to charity

If you’re planning on picking up some charity Christmas cards, you should double check the back of the pack to understand how much will actually go towards the cause.

If you want to make sure all profits from the sale of what you pay for a pack of Christmas cards goes to a good cause, it’s best to shop direct. Oxfam, Macmillan and Barnado’s for example all have a range of Christmas cards available.

For other ideas on being more giving take a look at 11 easy ways to give to charity and the best charity donations websites.

12 shopping mistakes to avoid this Christmas

How to cut your Christmas travel costs