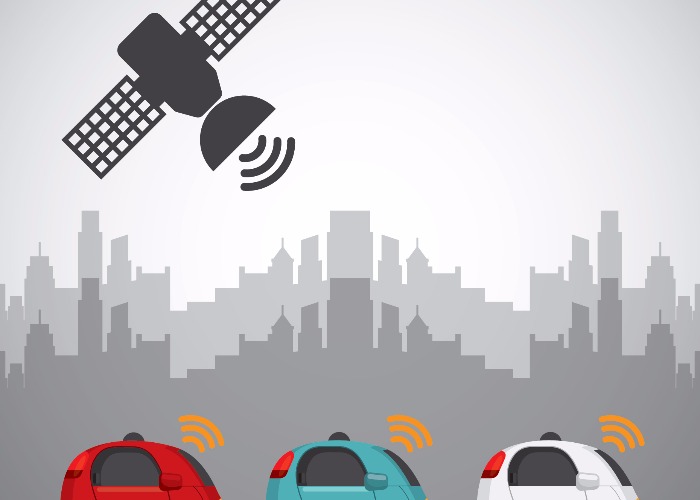 Driverless vehicles could be on Britain’s roads by the end of the decade. But just how big an impact will they have on our finances - and our lives?

Rapid advances in technology means automated vehicles could soon become a reality, with those in-the-know predicting they’ll become a fixture on our roads by the end of the decade.

If so, their introduction will throw up all manner of financial, ethical and legal conundrums that could have far-reaching consequences for all aspects of motoring, from questions of ownership to implications for insurance.

Putting the UK in the driving seat

The autonomous vehicle industry is expected to be worth somewhere in the region of £900 billion by 2025, and the Government has ambitious plans to ensure UK tech companies and car manufacturers are at the forefront of any technological innovation.

The plan to have driverless cars on our roads by 2020 received a significant boost in October when an autonomous vehicle took to Britain’s streets for the first time, and managed to navigate its way around a pedestrianised area of Milton Keynes at speeds of around 5mph, successfully turning corners and stopping as pedestrians crossed its path.

Although this represents a huge step for the UK’s future contribution to the industry, it’s a relatively minor milestone when you consider Google’s fleet of driverless cars has amassed more than 1.5 million miles of city driving since 2009, while Tesla’s Autopilot initiative has taken in more than 47 million miles of motorway since its October 2015 launch.

Over 47M miles driven on Autopilot, the more you drive, the more we'll learnhttps://t.co/REuR12rMHH

And while Google has modified a fleet of SUVs fitted with LiDAR technology - a detection system that works on the principle of radar, but uses light from a laser instead of radio waves - and Tesla has gone straight to market with its Autopilot tech, the Milton Keynes test model was an electric powered pod, no bigger than a small two-seater car.

So it seems that, despite the Government’s best efforts, the UK is already playing catch up with at least two US giants – but let’s say we do get driverless cars on our roads by the end of the decade, how exactly will they affect our everyday lives?

Ownership: whose car is it anyway?

Consumer habits are changing, and a shift in priorities means we’re now spending less on buying things and more on doing things, in what is being labelled the ‘experience economy’ - a trend that’s set to continue as the Post-Millennial generation become major consumers.

The children of the late 90s and early 00s have grown up knowing nothing other than internet access and streaming services (legal or otherwise), and so have a completely different attitude to owning things than older generations.

Kevin Jenkins, the managing director of Visa Europe in the UK and Ireland, said: “We increasingly see a trend for consumers to spend more on experiences rather than on products - eating out, booking holidays and discovering new experiences are all driving spending growth.”

Cars, however, seem to be something of an anomaly where this trend is concerned - possibly because they are a commodity that also offers an experience -  as figures from the Society of Motor Manufacturers and Traders (SMMT) show October 2016 represented another month of steady growth in car sales.

If this growth continues, 2016 could beat last year’s record 2.6 million new registrations, but there’s another story behind those numbers -  figures from the Finance and Leasing Association (FLA) show 80% of these sales were funded through finance deals, including leasing arrangements.

This suggests motorists are prepared to pay for the experience and lifestyle a new car affords them, without necessarily having the intention of ever owning it outright, but if the experience of driving is taken away – driverless technology will essentially make driving a passive experience - will there still be an appetite to pay for a vehicle that you’ll never actually drive?

Or will cars ultimately just become another way to get from A to B, meaning commuters will buy a share in a carpooled vehicle? Or will autonomous commuter vehicles have designated pick up and drop off points, like ‘Boris bikes’, meaning we can jump in and out of vehicles whenever necessary?

Whatever form they take, driverless cars will certainly throw the issue of car ownership into question, and open a can of worms where insurance is concerned too.

Will car insurance become a thing of the past?

Major manufacturers are already adopting elements of driverless technology, such as automatic parking, emergency braking, and cruise control, but this is having limited impact on car insurance costs, possibly because many of these systems are currently optional, meaning it's still the driver who is in control.

And because the cost of insurance is also influenced by dozens of other factors, incremental changes in driverless technology will only make small changes in insurers’ calculations, but what about when the first fully autonomous vehicles take to the street?

Kevin Pratt, car insurance analyst at price comparison site MoneySuperMarket, said: “Until we see fully-autonomous vehicles take to the road, we're unlikely to see any major changes in the way insurance premiums are calculated or the amount we pay each year.

"Once the technology becomes more commonplace and we see an increase in sophistication and safety, all the signs point to a drop in the amount and the severity of accidents, and if this is the case we should also see a natural drop in insurance prices.

"It will be interesting to see how insurers change the whole insurance proposition, particularly when it comes to apportioning responsibility in the event of an accident - will the driver or the manufacturer of an autonomous vehicle be held accountable?”

While no one knows the exact impact driverless technology will have on car insurance, it’s sure to cause unprecedented disruption, and how the industry adapts to these changes is what will shape future insurance products.

Sadly car insurance is still a reality: make sure you get the best possible deal

Life and death: who's responsible?

The primary function of a driverless car is to get from one destination to the next without accident, but what if the journey isn’t quite so simple, and the choices the technology makes are a matter of life and death – will the lives of pedestrians or passengers be the priority?

Take the following scenario, for instance: A self-driving car is driving down 40mph speed limit road, carrying a parent and two children on the school run, when a car coming the other way has a blow-out and veers into the wrong lane.

The only course of action for the car is to take the smash head on, potentially seriously or fatally injuring some or all the passengers, or veer off the road and onto the pavement, potentially ploughing through pedestrians.

The obvious answer seems to be that pedestrian safety should be upheld above anything else – if we have cars programmed to mount the pavement when taking evasive action, there’s always the slim chance it could malfunction and do this in error. If this isn’t programmed in as an option, there’s no chance of it happening by accident.

And so the debate becomes a question of ethics, one of self-interest versus the public good.

A recent study from the University of California (UC), entitled The Social Dilemma of Autonomous Vehicles, found that most of the 1,928 participants believed driverless cars vehicles should be programmed to crash into something rather than run over pedestrians, even if that meant killing the vehicle’s passengers.

On the flipside, many of the same participants suggested they would never buy a vehicle that essentially put the safety of others ahead of that of them and their family, and this raises a big question about the economic viability of autonomous vehicles.

However, the UC study concluded that if lawmakers put pedestrian safety ahead of passenger safety, then people would be less likely to buy those vehicles.

So even with the technology in place, the public-versus-passenger safety debate could slow down the development of driverless cars, or even bring it to a complete standstill.

It’s going to take a huge leap of faith for motorists to put their lives – and others' – in the hands of their vehicle, and the question of public versus personal safety is an issue that needs resolving before driverless cars have any sort of mass appeal.

How driverless cars will change everything

Although the road ahead is far from clear, if driverless car technology is to be adopted wholesale, it will change everything about our relationship with the roads.

With the driver experience taken away, there will be no real reason to own and maintain a car, certainly not a luxury vehicle, as it will essentially be just another type of transport, like a bus or a train.

And there’ll be no need for a driver’s licence - if cars no longer need drivers and ownership becomes a grey area, then we’ll no longer need to take a driving test and get a licence.

Adherence to speed limits and road rules will mean fewer accidents on the road and an easing of traffic congestion, and there’ll be no more hunting around for parking spaces, you’ll simply exit the car at a designated drop off point and think no more about it.

A possible outcome of lighter traffic could be that people move further away from where they work, as the daily commute is revolutionised, and this in turn could have a knock-on effect for the local economies of town and city centre areas.

And with the potential of human error removed, which accounts for 90% of all road accidents, the roads will immediately become safer, and the problem of drink and drug driving will be completely eradicated.

This, in turn, will have a knock-on effect for law enforcement and reduce the need for transport police on the roads, which brings up the issue of the impact driverless cars will have on jobs – if is no longer the need for human taxi or delivery drivers, this will see a rise in unemployment that could put a huge strain on the economy.

So while the technology is in place, and legislation is changing to accommodate autonomous vehicles – the results of a Department for Transport consultation on changes to insurance rules and motoring regulations, that ran from July 11 to September 9, are currently being analysed – there are plenty of other issues to confront before driverless cars can successfully make it on to our roads.

Don't miss these stories on loveMONEY